Middle-aged men, more than any other demographic, are dying from opioid overdoses 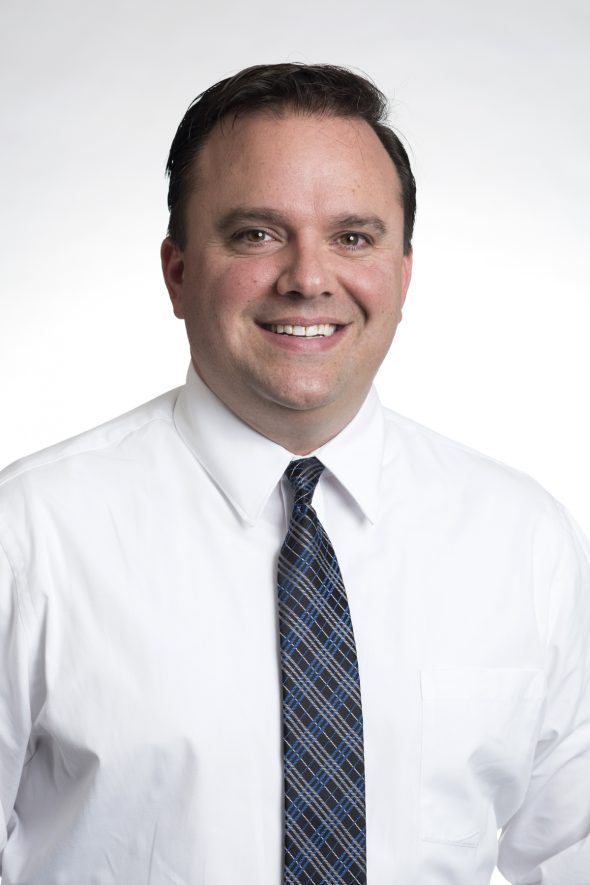 While conversations about Vancouver’s opioid crisis often conjure images of litter-strewn back alleys on the Downtown Eastside, recent data has revealed that the crisis is actually most prevalent in the private homes of middle aged men.

Last year, 1,422 people in British Columbia died from illicit drug overdoses, according to the B.C. Coroners Service. Of those victims, 82 per cent were men, 88 per cent were alone in a residence at the time of death, and over half were 30 to 49 years of age. Fentanyl was detected in 81 per cent of the total fatalities.

The face of Vancouver’s opioid crisis is becoming clearer, but for responders and researchers on the front lines, it’s still not clear enough.

“Just by looking at those numbers, that’s why we’re in a crisis,” says David Florkowski, Dean of Kwantlen Polytechnic University’s Faculty of Health. “The numbers are skyrocketing fast and we don’t know why.”

The Biology Behind an Overdose

According to M-J Milloy, a UBC Assistant Professor of Medicine and a research scientist with the British Columbia Centre on Substance Use (BCCSU), using opioids triggers “a sort of feedback loop which we know reduces pain, reduces anxiety, [and] produces feelings of euphoria and well-being.”

“Unfortunately, it also triggers a creation of, over time, a pretty tight feedback loop in which the individual has to continue to take opioids, continue to trigger those receptors, or else they’ll go into withdrawal.”

Withdrawal is rarely fatal, but the physical and psychological symptoms are horrific, he says. This unwillingness to suffer from withdrawal is what causes users to continually take opioids, therefore forming an addiction.

The reason that people overdose lies within the biology of the brain and respiratory system. The neurotransmitters affected by opioids also control other bodily processes, most notably breathing. If a person takes too much of a drug, a signal to shut down can be sent to the circulatory system. The heart stops beating and the lungs stop processing oxygen. Breathing can be slowed down so much that it appears the victim is sleeping when, in actuality, they could be dying. 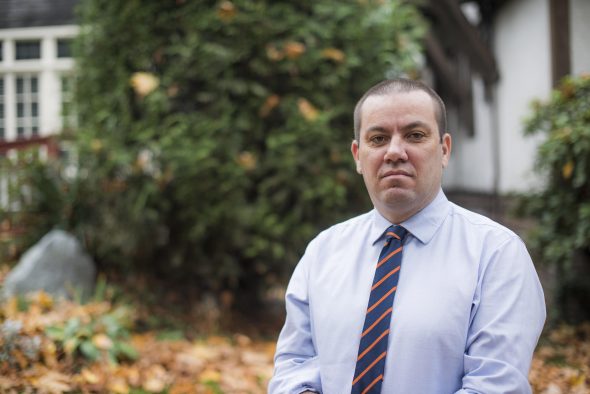 M-J Milloy, research scientist with the British Columbia Centre on Substance Use, and UBC Assistant Professor of Medicine (Submitted).

Common signs of an overdose include the loss of consciousness, shallow breathing, pinpoint pupils, and lips and extremities turning blue. These symptoms can alert others to the fact that the user may be in danger, but because most victims are alone during an overdose, many die of respiratory arrest because there was around no one to help them.

“I think the really important question to ask is, why are these men using drugs alone in their rooms … even when they know that in the event of an overdose, there will be no one there to help them?” asks Milloy.

He says that, if the answer to that question can be determined, health-care providers can better formulate a response to the crisis.

Why Men Are Disproportionately Affected

In 2017, there were 1,173 illicit drug overdose deaths for males, as compared to 249 female fatalities. Chris Van Veen, Director of Special Projects for Vancouver Coastal Health, believes there’s a connection between traditional forms of masculinity and the overdose crisis.

Van Veen says that the data can only reveal so much about the opioid crisis, and only by doing more research will the reasons behind these facts become more obvious.

There are still many unknowns when it comes to the opioid epidemic. What is known, however, is that men have more troubles with substance abuse than women and are more likely to use illicit opiates. They’re more likely to work jobs that can result in workplace injuries. Men are also more likely to engage in risky intravenous drug use.

The reasons why a person might start using opioids are varied, but both Van Veen and Milloy say that many people do so to block out psychological trauma from physical, emotional, and sexual abuse or to manage chronic pain.

Van Veen says that, in drug-use culture, there is an expectation that men will be able to take large amounts of drugs because “they feel physiologically that they’re tough” and see it as less of risk than women do.

He adds that male drug users often feel intense guilt and shame for their addictions, likely leading them to use opioids alone. Because of this, they might also refrain from reaching out and receiving help for their addictions and physical and emotional pain.

“Certainly, I think it boils down to the fact that men just feel like … showing any emotional vulnerability or physical vulnerability is equated with weakness,” says Van Veen.

Addressing these issues early in boys’ lives is critical to breaking the cycle.

Vancouver Coastal Health has been working to quell negative and false perceptions about substance abuse. Nevertheless, Van Veen says that “it’s really tough to break the stigma around an illness that is still, in Canada, criminalized.” 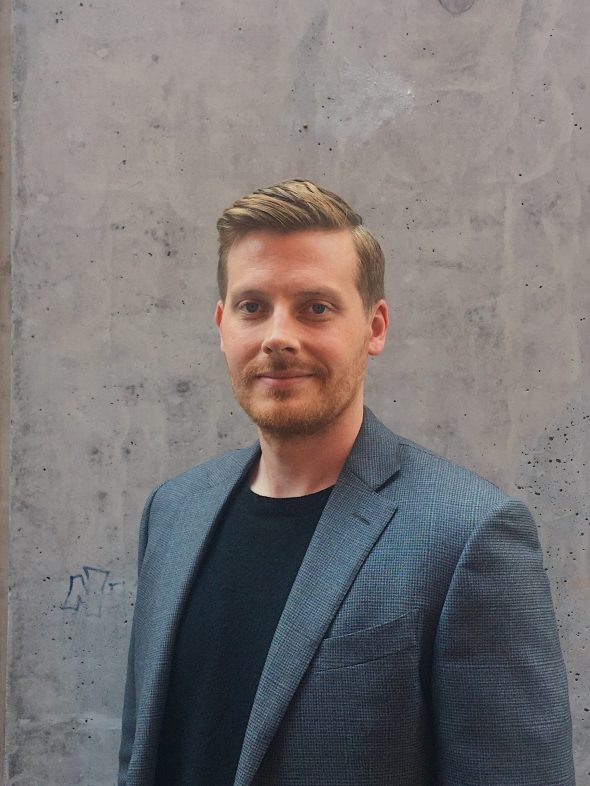 He and his colleagues have been advocating for the drug policy model used in Portugal, which includes decriminalizing all drug use and sending a message to drug users that addictions are an illness, not a crime. This encourages them to enter rehabilitation programs instead of the criminal justice system.

Van Veen and Milloy both advocate for decriminalizing drug use. Ultimately, doing so could help isolated men who feel guilt and shame for using substances seek out and accept help.

“If you go outside and use drugs in public, you are more likely to be arrested and incarcerated rather than receiving the sorts of help you need for drug addiction,” says Milloy.

He adds that the experience of going to prison on a minor drug charge further traumatizes users, thus perpetuating the cycle of addiction and overdoses.

There were 333 illicit drug overdose deaths in the province in 2013. This was followed by 369 deaths the next year and by 518 deaths the year after that. A public health emergency was declared in 2016 when the numbers suddenly jumped to 993 and then skyrocketed to 1,422 in 2017.

As a member of KPU’s Faculty of Health, these numbers shock Florkowski. He, like many experts, fears that the number will only continue to grow.

“People worry about if it’s going to continue to rise and all signs point to, probably, yes,” he says. “We have no indication that it’s slowing down or going to plateau anytime soon.”

Students in Florkowski’s department receive some training that could be useful for combating Vancouver’s opioid epidemic. For instance, nursing students receive mental health and addictions training. In KPU’s Faculty of Health, Florkowski’s colleagues are in the preliminary stages of organizing a research project on the cause and solution to the city’s opioid crisis, but still need to receive funding.

Florkowski says that, while many want an answer for why the crisis is ongoing, it’s impossible to provide one with the data currently available. Health-care practitioners don’t want to enact solutions until they know for certain that they will work to avoid losing the trust of their patients.

While experts know that the crisis is disproportionately affecting men in their homes, Florkowski says that the health-care system cannot go to them directly without knowing their identities or places of residence.

“It’s not just a health-care problem, but a government problem. It’s a societal problem and everyone is scrambling to try to figure out what to do,” says Florkowski. “It’s a crisis on many levels in many sectors.”

The BCCSU’s mandate is to conduct research which can be employed to help users, families, and communities suffering from the impacts of substance use. Local health authorities have rolled out various drug testing initiatives, including a new technology and test strips that examine drugs for fentanyl.

In Vancouver, VCH has a regional response team working in areas that are hit hardest by the crisis.

Municipal governments, first responders, drug users and their families, and law enforcement officials work together to brainstorm solutions as part of the VCH initiative. Current and former drug users are also being included in clinical service and outreach teams. They can empathize with current drug users and help encourage them to reach out for help.

If people are going to use drugs, VCH urges them not to do so alone. This has been a challenging message to relay to those who are most at risk, explains Van Veen.

“Drug use is a health issue. It’s a chronic, lifelong, relapsing condition. Addiction is not a criminal condition. It’s not a condition whereby you’re just weak, or you have moral failings. It’s a health condition, and we need to treat it as such,” he says.

The Risks of Fentanyl

Fentanyl is highly potent, but it kills the same way that other opioids do. Because it’s so concentrated and toxic, a miniscule dose can kill a person, and when fentanyl is cut into other drugs, a user has no idea how toxic their supply may be.

Vancouver’s illicit drug supply exists beyond the realm of governmental regulations and is being trafficked by criminals, therefore making it difficult to track where the contaminated drugs are coming from. It could be overseas in China or over the U.S. border, but no one knows for certain.

“I think that, if it wasn’t for fentanyl, if the drug supply wasn’t contaminated to the degree that it is right now … we would see overdose deaths this year and last year that were similar to the rates five and 10 years ago, which are admittedly still too high,” Van Veen says. “Every one of these deaths is even preventable.”

Societal Attitudes Have to Change

Milloy says that society needs to ditch its preconceived notions that addictions stem from partying too much, being irresponsible, or having moral weaknesses. He says that it’s rooted in a person’s physical, neurological, genetic, and psychological makeup. By using terms like “junkie” and “addict”, users are only going to feel more shame and reluctance to seek help.