Following her collaborative debut, the singer-songwriter is starting fresh as a solo artist 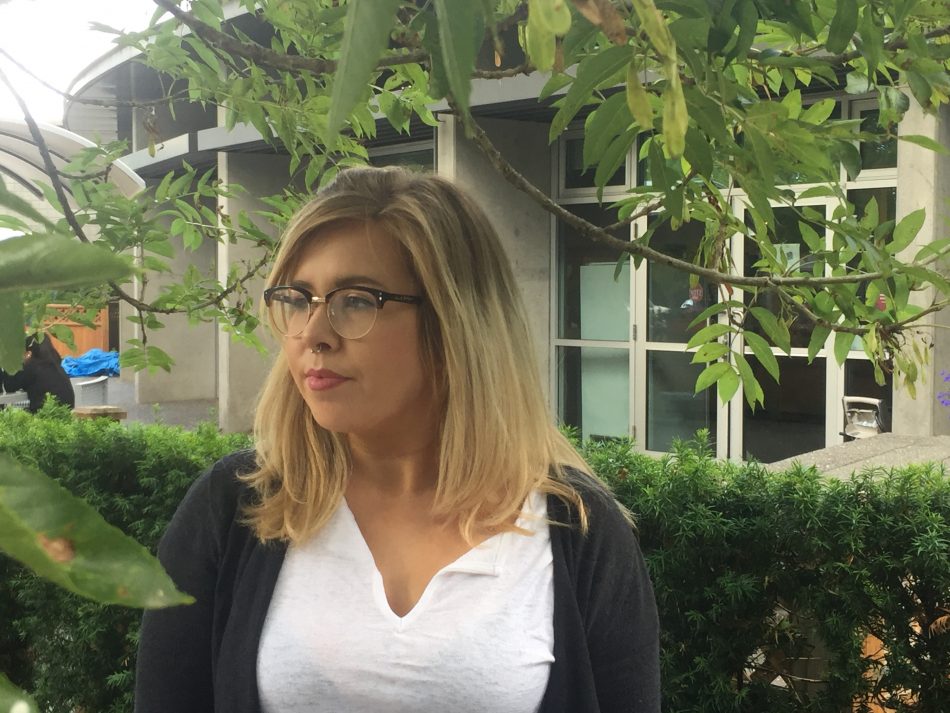 Emma Citrine’s first album was chaotically diverse, opening with a honky-tonk guitar riff before barrelling into just under a half-hour of alternative rock, blues, and folk. The record, Sad Surprise, was more of a collaboration between her and her friends than a true solo album.

Now, Citrine is preparing to release the first album written and performed entirely by herself: Shadowless, a six-song LP coming out this July.

“A lot of it is a reflection of, mentally, where I’ve been. I wanted to really focus on these stark, almost unflinching depictions of depression and mental illness and addiction in this record,” she says. “Now I’m in a space where I’m releasing this really sparse, pared-down record and I’ve played everything on it, which is the polar opposite of the last one I released.”

The minimalist instrumentation on Shadowless was chosen to better highlight some of these issues close to her. Rather than blanketing the sensitivity of her lyrics in layers of sound, Citrine wants to keep her words “at the forefront” of the LP.

She adds that Shadowless has been a way for her “to contextualize the complexities” of what she feels, though she still wants the listener to be able to “take the songs and inhabit them in whatever way they need to.” She also hopes that it “allows for space to be experienced in different ways.”

Each of the six tracks on Shadowless is much longer than anything seen in Sad Surprise. Listeners can expect to hear “eight-minute songs” and plenty of experimentation on the record—and while there are elements reminiscent of her work with her local duo, Leave—she hasn’t put out any music comparable to what will be released in July.

“I didn’t intend for them to be super long songs but that’s kind of just how they’ve evolved,” she says. “I would see it as more of a narrative, but again, I don’t think it needs to be taken that way if someone else’s natural instinct is to experience it as more of a daydreaming record.”

Generally, Shadowless tells a story about redemption and resolution as someone struggling with self-acceptance, according to Citrine. The “shadow” represents being “overcome with that paralyzing fear that people will see all of the ugly stuff you’re dealing with.” With the name of the record, she communicates the hope of being free of that shadow.

“I think it would be inaccurate to say I’m no longer in that place of struggle and hardship, even though amazing things are happening,” she says. “Comparing my last record to this one, I was in a really dark place but presented the opposite because I didn’t want anyone to be burdened by what I was dealing with, but now I feel like I’m in a place where I am accepting and embracing of others’ support.”

“I guess what I learned during the creation and evolution of this record was that the negative and unpleasant and ugly things don’t negate our capacity for happiness and they don’t diminish our intelligence,” she adds. “Writing this record for me was a way to have power over those things.”

Emma Citrine will playing on July 20 at Beaumont Studios with Future Star in celebration of the release of Shadowless.