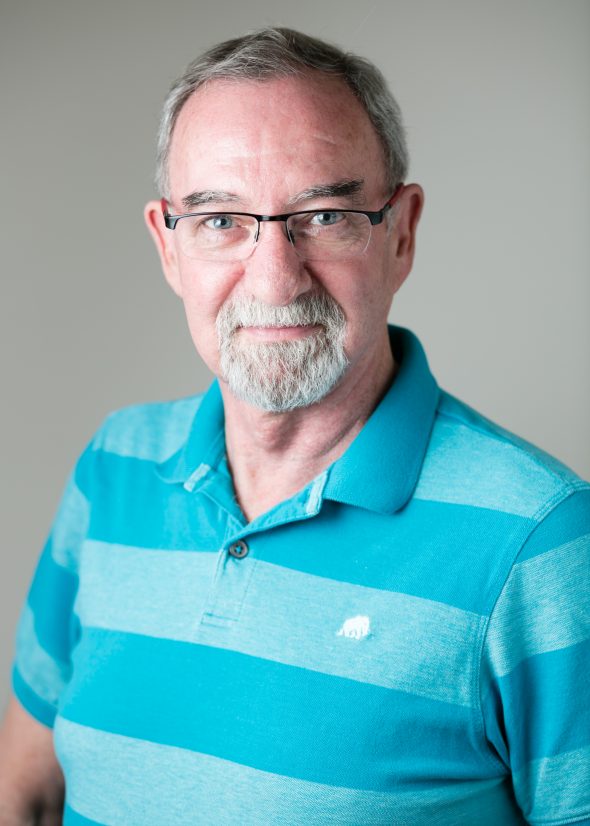 Wayne Davis, former 17 year veteran of the RCMP who was affected by the LGBTQ Purge says the federal government’s formal apology and recent settlement has helped bring closure to those affected, himself included (submitted).

In the spring of 1986, a 17-year veteran of the RCMP named Wayne Davis was called into his superior’s office and asked point blank why he was recently seen in a gay bar. Despite the RCMP’s zero-tolerance policy against homosexuality, Davis responded that he was there because he is a gay man.

Afterwards, when he was given the choice of being forced into resignation or having his employment with the RCMP terminated, Davis chose to resign under coercion.

“Maybe I was just tired of being in the closet,” he says.

His story is only one of hundreds that occurred during Canada’s LGBT Purge, which lasted from the 1950s into the 1990s. The Purge was a result of Cold War-era fears that members of the LGBTQ+ community would be sympathetic to communists, or that a homosexual person could be blackmailed into revealing national secrets.

To neutralize this perceived security threat, LGBTQ+ persons in the RCMP, the Canadian Armed Forces, and the Federal Public Service had their employment terminated or were coerced into resigning from their jobs.

“Many people went through incredible ordeals of trying to hang on to their jobs and their livelihoods and stay in the closet and protect themselves from the Purge,” Davis explains.

According to CBC, people suspected of being LGBTQ+ were interrogated, spied on, harassed, and subjected to polygraph tests by their employers during this period. Davis adds that it was easy for the government to conduct the Purge because, at the time, there was no recourse for victims other than coming out of the closet. Only in 1969 was homosexuality finally decriminalized in Canada.

“It’s a difficult story for people to get their head around in 2018,” he says.

In a national class-action lawsuit from 2016, the Government of Canada was sued for its role in the Purge. The settlement is divided into two parts; out of $145 million, over $100 million is reserved for compensating LGBTQ+ people who were victimized, with individual compensation amounts ranging from $5,000 to over $100,000. According to CBC, another $15 million is for historical reconciliation, education, and memorialization initiatives.

Joseph Thorpe, the KSA’s queer students representative, is glad that the settlement was made. However, he also notes that its value isn’t high enough when compared to the wages that were lost by those affected over the years.

“For Canada, generally, we like to think we’re above a lot of other countries in terms of inclusivity, but we do have dark chapters that people need to realize that we have gone through, and we’re not perfect,” says Thorpe.

Todd Ross, Martine Roy, and Alida Satalic are the former members of the Canadian Air Force who initially came forward and launched the class action lawsuit. They are the lead plaintiffs in the suit and represent all other claimants.

Davis himself became a member of the suit and was present when Prime Minister Justin Trudeau formally apologized in 2017 for the government’s role in the Purge. He is also a member of the Reconciliation and Memorialization Measures Panel, which oversees the educational and memorialization efforts recognized in the settlement.

“It’s providing that peace and closure that people need,” says Davis. “It brings peace to a whole family, a whole generation of people, that has this history.”

Davis believed that he had already moved on from what happened to him over 30 years ago. In retrospect, however, he says that it wasn’t until after the formal apology and class-action lawsuit were official that he finally received closure for what he suffered.

“The apology means something very different if you’re the person that’s being apologized to. It’s quite overwhelming to actually have that type of closure,” he says. “It did bring a start of closure of something that I thought was closed.”