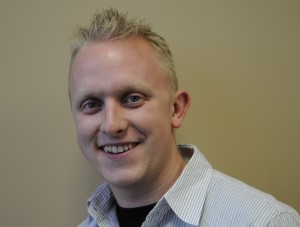 Have you ever wished you had super powers like x-ray vision, telekinesis, or something else you saw on your Sunday morning cartoons as a kid? We’re not that far off actually: mobile technology has developed as such so that we can see things in our 3D reality which aren’t actually there, a new view of the world called “augmented reality.”

Augmented reality (AR) is best explained as merging what you see through your eyes,  with a computer generated reality. If you’ve ever watched a football game on TV, then you’ve seen a good example of augmented reality: On the TV screen, a yellow computer generated line appears where the first down line is. In hockey, you may have seen a yellow tail following the puck, indicating its direction. If you play video games or fly fighter jets, then you may also be familiar with what a heads up display is (HUD). This could also be used as a good example of an augmented reality.

Soon, you won’t need a GPS in your car, the display will be built in to your windshield. Or perhaps you will be walking downtown and are interested in the history of a particular building? Hold your phone camera up, and in a 360 view, you will be able to see what buildings have wikipedia articles on them. Click on one, and your browser will open with the article instantly. 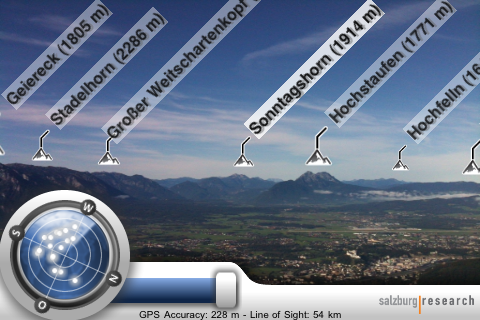 peak.ar shows you where certain mountains in relation to your position

I must admit – its a difficult thing to understand fully until you’ve had an experience with it in your day to day life, but soon, we will become superhuman. Our ability to access information will be nearly limitless. But at what point does this go too far?

I’m sure many of you have seen the state of Granville St. downtown lately. A once beautiful street, has now been torn up, and trees ripped out in order to make room for the new Canada Line. Imagine this, rather than trying to beatify the street again, which would cost thousands of dollars, why not create an augmented reality of it? Rather than put physical trees and plants along the sidewalk, put on your super high tech sunglasses with a built in digital display, and you can see computer generated trees instead! A much cheaper and instant fix. But, is this actually the reality you want to live in?

This is where you can raise the question, how far, is too far? At what point does our physical reality, go too deep in to a virtual reality? AG will most definitely bring huge benefit to our lives, but for some, rather than enjoying the physical world and what surrounds us, people may become too immersed in the their fabricated reality – a “matrix” like experience. Really, we wont know for some time how immersed we will become in this augmented reality, but as the story says: Down the rabbit hole we go…