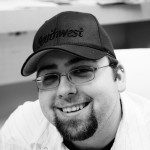 Music piracy takes money from all bands/ artists and can hurt up and coming bands.

Downloading takes money out of the nearly empty pockets of up and coming bands.  It prevents many bands from being able to actively tour and put out new music.
Independent bands put their own money into recording and pressing CDs.  They then, in turn, sell the albums at their shows to their fans.  Most indie bands make little, if any, profit from their first few CDs.  What profits they do make, usually goes into touring and creating new music.

If people do not buy those CDs, and instead download them via a torrent site or via peer to peer sharing, the band will receive $0 towards what they put out of pocket.
Many Canadian artists, independant or otherwise, turn to FACTOR grants (The Foundation to Assist Canadian Talent on Recordings) to help them get their music to the public, but they cannot rely solely on government funding/grants to keep them going.

VideoFACT, a fund sponsored by Much Music, MuchMoreMusic and MusicPlus also helps Canadian artists to get their music to the public via music video(s).
Many artists require funding assistance. This need is a sign that bands are unable to bring in the income that they require to continue.
If bands cannot focus on their craft and create new music, they cannot continue to build on their fan base.

When interested labels come to check the band(s) out, and they have been unable to build upon their fan base, due to financial constraints not allowing them the luxury of pressing CDs, the band will appear to have little interest to the music going public.  This could be a fatal blow to the future of the band.

Would bands such as U2, Pearl Jam and The Beatles have made it into the international spotlight had they been unable to sell their music independently without profits being drained by “free” digital downloads?  Doubtful.

They would not have been able to focus on their music and actively tour with budgetary constraints. They may have remained unknown.
So, do you think that piracy from well known bands is not causing any harm?

Major label artists receive a percentage of sales via royalties, in which a portion of that money pays for their management, recording costs, etcetera. That means that from approximately, though it differs, depending upon the music deal, $1 that goes to bands per album sold; only a fraction goes to its members.

Music piracy then, in turn, causes major label artists, unless they sell many thousands of albums, to become indebted to their label.
Sure, touring pays well, but keep in mind that touring is not free either.  The profit from the tour goes in to paying for the tour itself (staff, staging, food, etcetera) in which a portion goes to the artist(s).

That portion of profit for the band is then split, as royalties are, to pay for management and other expenses before the band sees any of it.
At the end of the day, music piracy prevents many new artists from being able to create new music and tour, and can even cause some major acts to be indebted to their label.
If you love the music, why take money away from the artist?

What good is your favourite band if they cannot tour or create new music due to financial challenges?

If you ‘sample’ the work, but do not buy it, the creativity of the band can/will suffer as they will have to work more to pay for their touring and recording costs.
Support musicians.  Nay to music piracy.