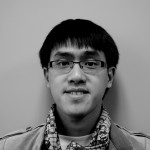 You might not think so right now, but you’re probably going to love having a radio station at Kwantlen. Student radio is an integral part of the student culture at practically every school in BC. Even a cursory look at Wikipedia’s list of Canadian campus radio stations shows a decent number of post-secondary institutions with student radio stations in BC compared with, say, Alberta.

But still, why exactly does Kwantlen need a radio station? What will Kwantlen students get out of a radio station? Will it be worth the thirteen cents per credit that was being proposed? Done right, it will be. A student radio station, much like student media in general (like this newspaper), can serve as an outlet for student engagement in the campus culture, which you might (or probably) have heard is lacking at Kwantlen. Becky Sandler, president of CiTR, UBC’s volunteer and student-run campus radio station, says that even students who “don’t feel the need to be involved” appreciate “knowing that [UBC] has a radio station,” while those  who are involved with CiTR are taking part in a “community” of listeners and volunteers.

Student radio can also be a part of the community around the campuses as well as within them – again, much like student media in general. For example, Sandler says that student radio (like CiTR) can produce and air programs expressing a variety of perspectives – much in the same vein as the Runner’s mandate of “examining what other media avoid.” In addition, Sandler says CiTR is an integral part of the independent music community in Vancouver, especially through its music magazine Discorder (started in 1983), which covers “musicians and issues, and also has a featured local artist each month.” CiTR also promotes events (through its radio operations, Facebook and email) and airs community PSAs and ads for local businesses. More generally, Sandler says that student radio is “increasingly important as a place where students with similar interests can meet and find opportunities to become leaders in their community.”

However, implementation will be a great challenge. Fees to support such an undertaking have not been levied yet – and it is uncertain they ever will be until at least Fall 2010. Desmond Rodenbour has noted that any move toward a student radio station at Kwantlen will depend on gathering a “support base.” In other words: now more than ever, a radio station will count on you – and you only – for support or else fall by the wayside. If you’re passionate about the idea, stand up for it! Thirteen cents per credit is pretty reasonable for something that will help build Kwantlen’s burgeoning campus community and make life at Kwantlen more exciting than it is at the moment.