This past Christmas I found myself playing Scattergories with movie stars. Now let me first say that I am nobody special. I don’t act, I have not done anything worthy of note in my life and I certainly don’t have any money. I just happen to know a movie star. Amber Borycki, whose latest work includes the movie Shred and TV shows such as The Big Bang Theory and Harper’s Island, is my sister’s best friend. They have been best friends since high school and get together every Christmas to hang out and catch up.

This year, we all congregated at my sister townhouse to watch a Canucks game and eat pizza, which I think we can all agree is a pretty average joe thing to do. Amber brought her friend and fellow Canadian actor Steve Braun, who is probably best known for repeatedly yelling “Extreeeeme!” and riding a kayak down the isle of a convenience store in Harold & Kumar go to White Castle. Although I have known Amber for years, I still felt a little awkward to be hanging out with one of the “Extreeeeme!” guys from Harold and Kumar. 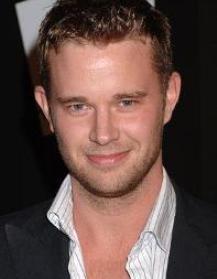 After hockey and pizza we all piled into my rockin’ minivan and headed to the hottest spot where all stars hang out … the Walmart Superstore. Yes, I know this is an incredibly sad thing to do on a Saturday night but we were just looking for a relaxing night and needed to find a board game. After Steve had waved his hand like a Jedi as the sliding doors opened to Walmart and played with his Lightsaber app on his iPhone I realized I was no different than these fancy movie stars.

As we walked through Walmart Amber and Steve would periodically point to movie covers and talk about the people they knew, all the while laughing at the same stupid jokes any of us would make on a Saturday night.  We bought Scattergories, went back to my sister’s townhouse and proceeded to play for two hours, making up some of the stupidest words I have ever heard. At the end of the night we said our goodbyes, they went back to their lives in L.A. while I went back to living with my parents and contemplating student loans. Movie stars aren’t really that different, they just have more money.