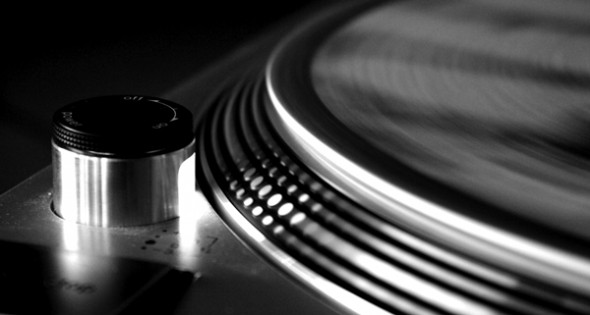 Ahmed, also known as Kthx, is an 18-year-old music producer from Surrey who has quite the résumé for someone so young.

He was part of the tandem known as TheSoundCrate, and has helped the name establish from an unknown pair of Muslim boys, to the prodigies of Canadian music.

Ahmed said he doesn’t want to be rich or famous. He just wants to be a successful producer and continue to make money doing what he loves.

“When you think music, you think fame and you think fortune. I don’t necessarily want to be rich or famous; I just want to be successful,” Ahmed said.
It all started in his first year of high school.

Ahmed knew that he was interested in music. So he decided to join the concert band, where he was the second trumpet.

“I wasn’t even that good. You hear a lot of producers who say, ‘Yeah, I was making beats when I was five-years-old.’ I was worried about science class in grade eight,” Ahmed said.

Being a South Asian male in a Surrey high school can be a problem for some students, but Ahmed says he stayed clear of that road.

“I think that comes from the environment I was in. I grew up with really good friends. ” he said.

Ahmed also says his older brother was a a strong, male role model.

“If he downloaded a rock song, I would listen to it because I didn’t know how to download music. Then I came to high school and met some really sweet friends,” he said.

Ahmed admits once he was on the right track, it was hard to stray off of it. 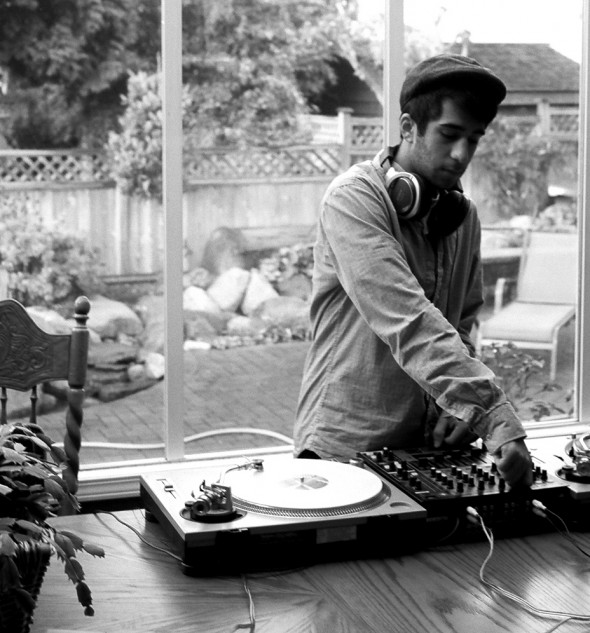 “It wasn’t necessarily hard to not become a ‘Surrey Jack’, because it just didn’t seem appealing to me. Plus, I’m Muslim. So you don’t want to be in that anyway. Try to keep it clean,” he said.

In concert band, Ahmed was sitting in the shadow of Kevin Lam, the first trumpet.

He wasn’t enjoying playing in the band as much as he thought he would.

After 10 months of concert band, Ahmed  said he didn’t feel his creativity was being used appropriately. So he got out of the band and decided to learn how to play the guitar.

“After grade eight, I didn’t have band anymore and Kevin Lam and I started listening to The Beatles and Queens of the Stone Age; a lot of rock bands. We really wanted to perform a Coldplay song called ‘Fix You’. We asked ourselves ‘what is the first step for that?’ It was to get a guitar,” he said.

But before he could get his hands on a guitar, Ahmed realized that there were programs available that let him make music on a computer.

He admits to being a gamer, and says that spending a lot of time on the computer helped him start making music.

“A lot of music is made on the computer. I don’t think anything single-handedly influenced me to become a producer or a DJ, until now. My influence now is motivation,” he said.
But, Ahmed says that motivation is the one thing he lacks.

He taught himself the computer skills he would need to create instrumentals, and after a year, he mastered the science of creating beats.

Ahmed instantly fell in love with what he was doing, and it showed. He had a lot of talent, and by the age of 15, he was making complete songs.

The following year, he met his then-partner Moiez Babar, and they created TheSoundCrate. Babar is a year younger than Ahmed, but Ahmed says that he is full of potential. Both of them worked hard to perfect their skills and take their music to the next level.

It wasn’t until the year after that they would get a chance to put those skills to the test.

He allowed entrants to download a copy of his songs that he planned to release on his upcoming album, and had them make a track to the songs. Then fans would vote on the mixed songs, and whoever won in each vote would have their song on his remix album, which was sold on iTunes.

Ahmed said he felt this was a perfect opportunity for him to show the world the skills he picked up from staring at a computer screen.

Ahmed and his partner didn’t really work on their music together. They felt as if they were a stronger force working on different songs. But they came together for the contest.
By the deadline, TheSoundCrate submitted five songs.

“4 3 2 1” was such a success that it was picked up by SHAW, and was played on their digital cable music channel The Beat.

Even though they got the opportunity to work with k-os, especially after being together for under a year, the pair decided to go their separate ways.

“When we started off, it was pretty good. Then the k-os record happened and the other guy, Moiez [Babar], wanted to do more trance, and promote himself as an artist. I wanted to do more of a production thing. We realized, aside from the k-os stuff, our tracks were never really collabed. They were more individual, and we came to the conclusion that we were best on our own,” Ahmed said.

“He can put some tracks together pretty quick. We still talk and we still trade secrets and samples. It’s pretty legit. No beef, no Surrey beef. He’s a talented dude,” Ahmed said.

By the end of his experience with TheSoundCrate, Ahmed felt like there is no one in the music industry that he has a similar style to, but he compares his feats to those of Pharrell Williams’.

“I think the closest thing that is similar to me is Pharrell [Williams], because he cut his first record when he was 17, and I cut my first record when I was 17. It’s weird because I don’t think I’m talented in any way, to an extent. I wasn’t talented in music. I wasn’t good in band. I was a terrible trumpet player. I think that I’ve put a lot of effort into it, like an obsession. It’s not that hard,” Ahmed said.

Ahmed said that his obsession hasn’t stopped or calmed down because he learned to play a third instrument and makes new music whenever he can.

“I started to learn how to play the piano, and whenever I play, I will make six to 10 chord structures, which is the equivalent to six to 10 songs. Right now, I feel like an endless bank of tracks, it’s just getting that time and a workspace to work, because “ghetto” equipment is really starting to frustrate me,” he said.

Ahmed has a few goals that he has set for himself if he continues to make a living by producing music.

Last summer Ahmed said he had some of that time. He worked with his friend Kashif Pasta on a comedic song about a Facebook stalker. The song was very popular among Ahmed’s fans and most of them didn’t know whether to laugh or to enjoy the song.
Pasta said that Ahmed is easy to work with and is always willing to learn.

Currently, Ahmed has signed a one-year contract with DJ Smallz, president of Fear Factor Music Group. The contract has a possible one-year extension if they like what Ahmed is producing. DJ Smallz is a major music producer from the U.S. who has created the famous Southern Smoke mix tapes.

Ahmed envisions what his future holds, but he doesn’t see his name in the headlines of newspapers and magazines.

“I don’t think anyone wants to be famous with all the tabloids and how they destroy you. I want to walk into the studio with Kanye West and Jay-Z sitting there, and they know my name.”