As summer descend upon us, so does the festival season. The Runner headed down to Washington to catch Sasquatch! the season’s first attempt at combining music, art and throngs of people. Here’s our take and a few of the artists’ look at what it means to be part of the festival culture.

With the increasing popularity of bands like the Black Keys and the Dead Weather, the musical forecast of 2010 seems to be calling for the resurgence of grungy blues-rock. And here to fit the niche is The Heavy from Noid, England. 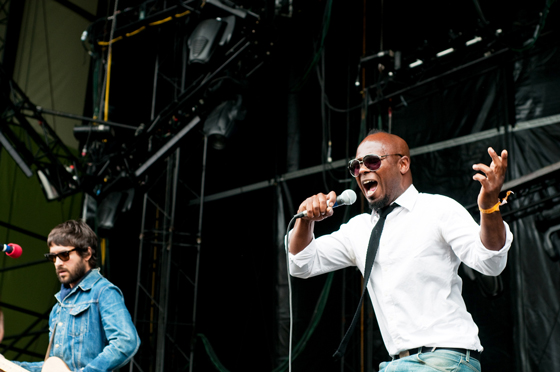 Though convincing indie-rock fans that blues and soul are still relevant to the music scene of the present could be a daunting task for some, The Heavy, with its unmistakable soul and flair, does it effortlessly, which is why the band’s following has grown exponentially over the past year.

With the advent of the iTunes Genius tool, and the help of a song feature in a Kia Sorrento commercial that aired during the Superbowl, The Heavy has damn near exploded onto the popular music scene’s radar. Despite being featured endlessly in the media and in car commercials (the mecca of music publicity), bassist Spencer Page and guitarist Daniel Taylor still have MySpace to thank for all of their loyal fans.

“I don’t know if, without MySpace, we would have half of the fans that we have now,” says Page.

The guys, wearing jean jackets, sunglasses, and cowboy boots are the picture of what one can only imagine to be the quintessence of “cool” in England, seem nearly shy as they give short, modest answers. Their mild nature is far from the rowdy drunk antics that many expect from rock stars.

And unlike Metallica, who decidedly hate anyone who likes their music enough to download it, The Heavy is eternally grateful for their fans.

“We owe a lot to the fans who have driven here from wherever they are just to see our band,” says Taylor. “It’s a really good feeling.”

After more than two decades in the entertainment business, comedian Bobcat Goldthwait continues to shock audiences with his particularly fresh flavour and black humour, taking his turn hitting the Rumpus Room comedy stage at this year’s Sasquatch! festival.

Bobcat’s brand of jokes has been formed over the fires of numerous stand-up tours and audiences.
“I do think I’m a little bit dirtier and a little more aggressive than some of the other comics they usually have,” he said.

Celebrity culture is often the butt of his jokes.

“Stallone, a million years ago, was really mad ‘cause I talked about him being a draft dodger,” he said, laughing.

Bobcat said he doesn’t get into a lot of hot water over his jokes, but he’s not immune. Just before the festival, a journalist questioned the relevance of Bobcat’s appearance at the festival, a fact that Bobcat made good use of during his set after he read the piece online.

“Whenever I’m offended or when I’m hurt, I’m only taking myself too seriously – I’m just being a jack-off,” he said. Bobcat said he doesn’t normally research his jokes to make them more accessible to a given audience. “Unfortunately, when you’re up making a living as a comedian, you know, a big part of it is you have to cheer up and entertain the dumbest person in the room, and you gotta keep them occupied for the hour.”

“I really do feel like Iggy Pop sometimes, ‘cause I’m this old guy,” he said. “You know, I’m still around.” 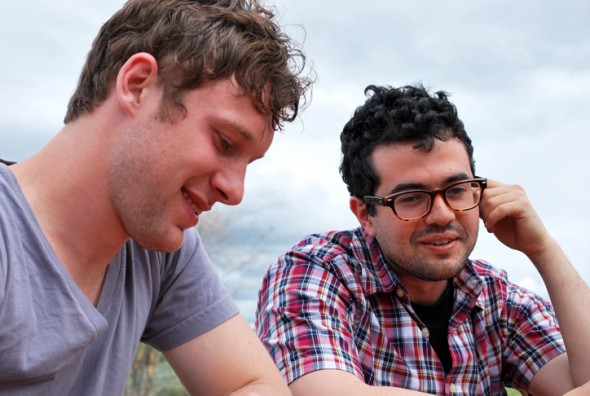 For the Freelance Whales, playing a festival isn’t about showing up on stage and skipping out right after. Instead the band travelled to Sasquatch! in an eleven-seater van and set up camp for the weekend. They played their set the first afternoon of the festival but stayed for the weekend, taking in the crowds and some of the shows.

“You have to have been a part of it and understand what it’s like to be a member of the audience to be able to do the festival justice,” says Judah Dadone, band frontman. With this being the first festival the band has played together, they’ve had to get used to be artists and audience members.

“I’ve noticed people will walk by and kind of go, hey it’s Freelance Whales,” says bandmate Kevin Read.They say they haven’t had criers yet or anyone that’s been too out of control. As a band they’d like to stay approachable and keep it that way. Dadone says they probably wouldn’t know how to handle it otherwise.

It is 40 minutes before Alex Ridha, better known as Boys Noize, is set to be on stage. He’s the last act on the last night of the festival and he’ll be playing for hundreds of people. Some of them have been long-time fans and others have never heard of him. But Ridha isn’t nervous. Actually, he says he never gets nervous. 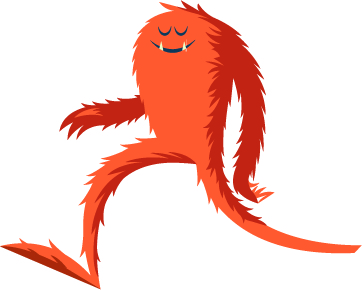 “Even for my very first gig when I was 16 I was playing in the club as a warm up DJ and I wasn’t nervous. I don’t know. It’s weird in a way. I don’t really get nervous big time.”

At 26, Ridha has been making music for 10 years, he’s released two full albums of his own and he’s produced a number of albums on his label, Boys Noize Records. He says being a DJ helps him be a better producer.

“As a DJ I’m always looking for new songs, new records. I go to the record shop every week to find new tracks,” Ridha says. When the producer turned DJ hears a new sound he knows he doesn’t want to duplicate it. “I don’t want to do that sound because someone else did it. I always try to surprise myself as a producer and a DJ by bringing sounds together that I haven’t heard other people do.”

Ridha knows how to bring sounds together in new ways because he listens to so much music and is always looking for new songs. Knowing the production side of music, he can tell if a song is “crap.” To him, being a good DJ means good song selection.

“It’s about having a feeling for the moment but it’s also about teaching the people, bringing them something new,” he says.

An hour with the crowd brought audience members their favourites and also introduced them to his new stuff.

Keep it about the music
By Kristi Alexandra [Entertainment Bureau Chief] 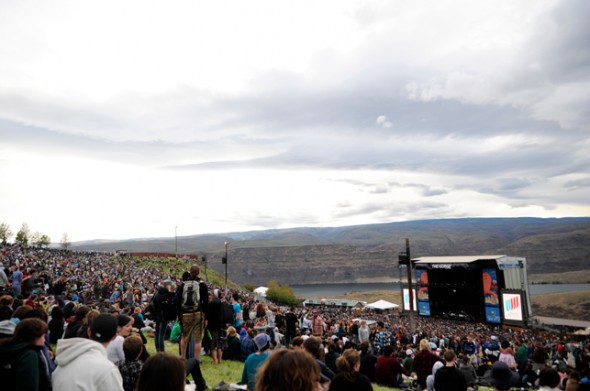 In past years, Sasquatch! had been sponsored by companies like XBOX, Esurance, and Rockstar Energy Drinks. Sasquatch! 2010 was no different—except those companies must have given the festival a hell of a lot more money this year, because there was virtually no space in the entire festival grounds where one was not accosted with a multitude of endorsements. While Rockstar did its promotions in the campgrounds, Honda, Esurance, and XBOX (and Verizon and Alaska Airlines and Coors Light) did their promotions within the festival grounds between stages.

And here’s the thing: it’s understandable that such a huge event would need the support of well-established companies—their money and advertisements allow the growing festival to cater to the 10,000 extra music fans who showed up to the Gorge Amphitheatre this year—but when we take a weekend off to trek into the desert for three days of sonic bliss, it’s to get away from the billboards, labels, and corporate junk that hails from the city. It’s to retreat into wilderness camping (and partying and sometimes drug-using), share music with 20,000 strangers, and be free of the almost maniacal grip that the commercial world has on us in our regular environment.

And sorry, Sasquatch!, though you are a wonderful event that many look forward to each year, the whole fabled bigfoot theme loses its unity when each stage name is prefaced by the company that’s sponsoring it.

Nevertheless, the mass of university kids (and general party people) who showed up for the weekend accomplished exactly what they needed to; they partied hard, sang harder, and survived another Memorial Day long weekend at the glorious Gorge in George, Washington. Until next time, ‘squatch.