Employees of Vancouver’s Pacific Cinematheque are used to seeing university students coming through the theatre’s doors. Especially busy with its most recent film series, the Kurosawa Centennial. Students are filing in to experience the life-work of the prolific late Japanese director, whose films one could easily deduce was a contributing inspiration for 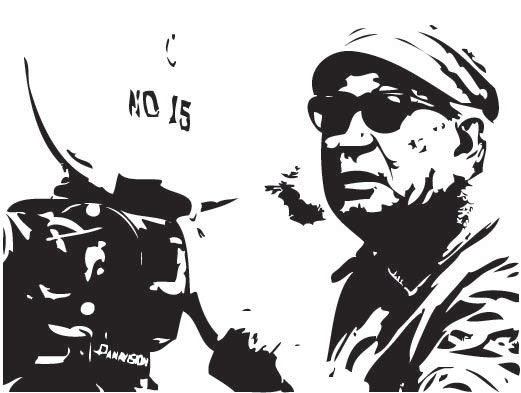 And while many independent and alternative Vancouver-based theatres, like the Pacific Cinematheque, cater to university students by providing student rates and opening up their venues to professors from various institutions for special events, Kwantlen is one university that’s been slow on the draw. Until now, that is.

As a new Polytechnic University, Kwantlen is beginning to earn its new title with the evolving programs the institution is planning to offer. Take the BFA’s new film studies course, for instance.

Spearheaded by Kwantlen instructor Dr. Dorothy Barenscott, an introductory course to  film studies under the faculty of Art History is taking off for the first time at KPU in the upcoming fall semester. Not-so-coincidentally, the course will coincide with the annual Vancouver International Film Festival, which takes place between September and October.

“I realized as soon as I started teaching that course [a third-year course in city-focused film studies] that what was missing at Kwantlen in many ways was an introduction to film studies,” says Barenscott. “You’ll notice in other faculties that other professors in the school who are teaching film courses are usually in area-studies like Japanese film, German film, et cetera. One of the things that they all share is the assumption that students come into those classes knowing something about film, and so it was important in my mind to offer an introductory course, and also I want to stress that it eminates out of a visual studies area.”

Barenscott, who also teaches film courses at the University of British Columbia and at Simon Fraser University, saw the opportunity to offer Kwantlen students a base understanding of film and she seized it.

The new course will be a weekly four-hour class in which a film will be screened in the first half of the class, followed by discussion, all while following the development of film history.

Don’t expect an easy course that panders to Hollywood-style theatre, though. The plans for this course are to delve into foreign films, silent films, and film shorts, and, as part of the course requirements, Barenscott claims that attending at least part of the VIFF will be crucial to completing Intro to Film Studies. Not exactly grunt-work for the individual who may have planned to attend Vancouver’s most popular annual film festival anyway.

Barenscott recognizes that “we have an expanding visual culture which is a part of our contemporary lives, not just in studying art, but social networking allows us to have access to moving visual images that we take for granted.” The issue that the course aims to tackle, says Barenscott, is a criticality towards the moving images that regularly impact our lives.

“What I get the most interest out of with students is to work with them to critically read and understand filmmaking, not just as an art or entertainment form, but as a kind of discourse as a moving representation of ideas,” she says. “What seems so easy to understand as a moving image is actually quite complex, with dynamics that need to be understood beyond a ‘looking at it’ level.”

“The bottom line is that film is fun, and a lot of people come into it with already with a taste and interest, so this is a way of refining and giving a critical edge to this form of art-making,” Barenscott reiterates.

As for the development and expansion of film as a student culture, Barenscott says that a budding, student-run Cineclub is something she’s interested in fostering and mentoring. In the meantime, the ambitious instructor is recommending students to attend films around the city, including looking into the upcoming Queer Film Festival (Aug. 12 – 22) at various locations, checking out the Vancouver International Film Centre or Pacific Cinematheque (which both offer student rates but are 18+).