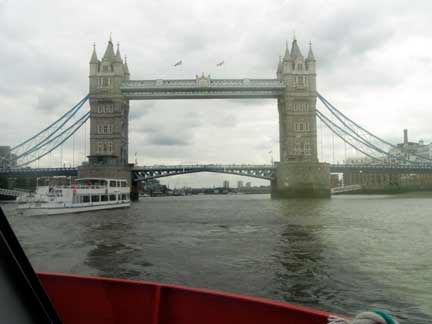 Editor Melissa Fraser, who went to England recently, gives us a glimpse of London and the country’s midwest.

Old Meets New – When you cross the Thames through Central London and take a look at the parliament buildings on one side and the London Eye  on the other, it’s a perfect split of old meets new. The parliament buildings and the tower that houses Big Ben has been on the same site since the 11th century. They stand as defining landmark in London. No one’s denying. Across the Westminster Bridge stands the London Eye, the city’s latest addition the skyline. Also known as the London “Eye-sore” there are more than enough people who stand against the Eye as a true London landmark. But, give them 100 years and they’ll come around. They always do.

Thames River Cruise – We actually had one full day in London and no other time. The best bet for seeing as much of London as possible without the stress of navigating the city was to take a hop-on/hop-off tour. It was a great way to see Central London and the one we chose had a boat cruise of the Thames. While I wouldn’t suggest spending only one day in London, I would suggest choosing one day to have a tour bus cart you around to the important stops  with a guide letting you in on all the history. When else you would get to see Tower Bridge (pictured here) from the Thames? 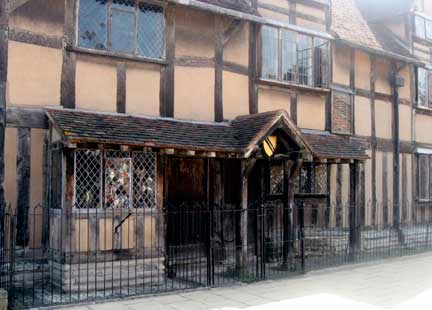 Shakespeare’s Birthplace – Shakespeare’s birthplace and childhood home is in Stratford Upon Avon, just an hour or so west of London.

I was thinking of writing a sonnet to sum up the experience of being in the house Shakespeare lived, but there’s nothing like a gift shop to squash any inspiration that I may have felt after touring the holy grounds.

Blenhiem Palace – In the same-ish area as Shakespeare’s birthplace is Winston Churchill’s birthplace. While it was Churchill’s grandparents, the Duke and Duchess of Marlborough, that lived in this huge palace, Churchill’s mother hit a bump in the road and had to stop the night she gave birth to him. Churchill’s uncle went on to be the next Duke of Marlborough and now his nephew holds the title and lives in the palace. There are all sorts of palaces open to the public throughout the UK. Royalty was pretty much forced to open their doors and charge an entrance fee so they could afford the property tax on the hundreds of acres. Lucky for us, we get a glimpse into their lives for just $25.