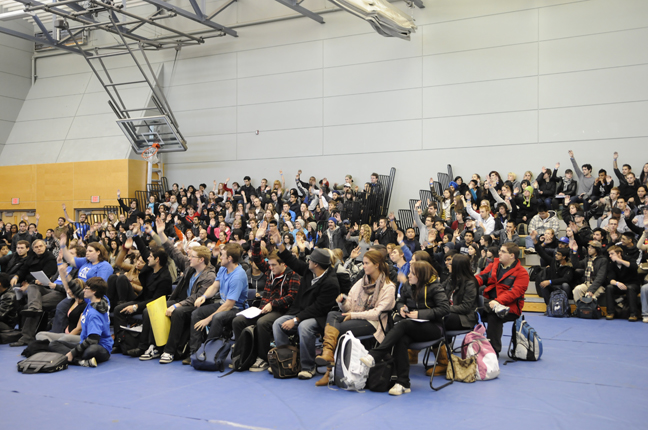 *Karamveer Dhillon resigned from council before being removed at the meeting.

A new set of bylaws was adopted, giving faculty representation to students on council, banning political slates, making standing committees mandatory so students can intervene to stop changes to KSA regulations, and combining the positions of director of academic affairs and director of events and student life into one position, director of student life.

*We will continue to update our coverage as we collect details.