Kwantlen Polytechnic University has agreed to sign onto the new three-year Access Copyright Agreement, despite objections from university faculty and students. 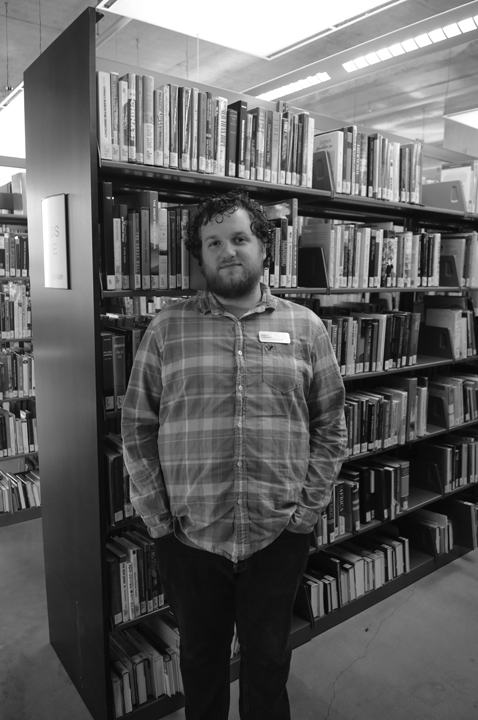 KSA executive and Kwantlen senator Christopher Girodat says students have been frustrated by the university's lack of openness about the Access Copyright agreement. (Matt DiMera/The Runner)

The Kwantlen Faculty Association (KFA) and the Kwantlen Student Association (KSA) sent a joint letter of protest to Kwantlen’s president John McKendry on June 26, urging him to reconsider the agreement.

“We firmly believe that the proposed model harms the interests of faculty and students, fails to reflect current court decisions in this area, ignores the prospect of pending court actions as well as legislative changes related to copyright and undermines efforts to create better ways of accessing, using and sharing educational and research material,” wrote the two groups.

“Kwantlen’s proposal to embrace the model agreement is ill-timed and at odds with the interests of its faculty and students.”

The new agreement will implement a cost increase from the previous $3.75 a year per full-time student, to $26 a year, and will cost Kwantlen more than $250,000 annually, according to figures cited by the KSA as part of their opposition Excess Copyright campaign.

Along with the increased financial cost, the KSA argues that the new agreement is also set to restrict students and staff from storing literary articles on personal desktops, sending them through email, and sending links to the desired academic works.

According to a written statement from McKendry’s office, the decision to join the agreement took many months, and was “based on a measured weighing of the pros and cons.”

In a phone interview with The Runner, McKendry explained that the increased cost is actually less than was previously expected.

According to McKendry, Kwantlen lacks the maturity and establishment that other schools may have to provide its students with “in-house copyright.”

“[Access Copyright] gives [Kwantlen] copyright protection … and a great deal of the colleges and universities we have worked with are doing exactly the same thing,” he said, citing both the University of the Fraser Valley and the University of Victoria.

However, the KSA also pointed out that many other universities have refused to sign the new agreement, including the University of British Columbia (UBC).

In a public email sent out in May, UBC officials called their decision “the bolder, more principled and sustainable option.”

Terri Van Steinburg, president of the KFA, told The Runner that even though the agreement has been signed, her group will continue to raise their concerns with the university.

“One of the biggest concerns [we have] is a concern about student and faculty privacy… and there is a joint KFA – KSA committee that is going to continue to work on this issue, and look at things that arise… and how it’s impacting the KSA and KFA members,” she said.

“I really don’t know what the problem is with the agreement,” he said. “I have five key questions from the KSA and I have addressed all of them, so I don’t understand what is the concern.”

McKendry’s response to the KSA’s and KFA’s concerns were put on an internal Kwantlen website that can not be accessed by students or the public.

Christopher Girodat, a Kwantlen senator and KSA executive, said students have been frustrated by the lack of openness from the university.

“The university didn’t consult with the university community. We didn’t know this was going on until we found out in a side conversation and then brought it up,” explained Girodat.

“We’re just wondering why that debate didn’t include the students of Kwantlen Polytechnic University.”