Blurred distinction between fictional and real killers is dangerous.

As the opening monologue of TV show Dexter states, “There’s nothing like a crisis to define who you are.” And arguably, nothing defines a society like its portrayal of violent crime as entertainment. 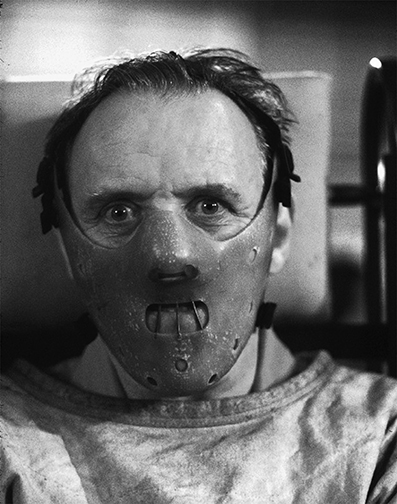 The drama’s eighth season premiered on Showtime on June 30, and with it, the debate on glorifying serial killers has been unearthed once again.

Glamourization of serial killers is not a new phenomenon. But the popularity of shows like Dexter, or breakout hit Hannibal, has re-introduced the concept of not only sympathy for murderers, but also admiration and physical and emotional attraction.

This blurred line between TV’s romantic portrayals of serial killers and the reality behind these individuals points to a dangerous trend. Ever since there has been media coverage of the actions of serial killers, there have been “fans” lured in by a morbid fascination with gory crimes.

The idea of turning a violent criminal into a celebrity is not a byproduct of modern times. Media-saturated, high profile serial killer cases—such as The Zodiac or BTK—are instances in which the news media can be blamed for elevating these murderers to a celebrity-like level of popularity.

But with media and technological evolution, a new generation of fans of the murderously malefic have stopped relying on newsmakers to feed their appetite, and have moved online—or onto uncensored platforms.

Blogging sites such as Tumblr have become ground zero for serial killer “fandoms.” Proclamations of affection have moved from handwritten letters sent to prisoners, to claims of love and desire posted online. Alarmingly, the vast majority of this material is posted by teenage girls and young adults.

The question remains: Why is the same kind of googly-eyed admiration traditionally directed toward boy band members now being thrust upon men convicted of unspeakable crimes?

This trend became overwhelmingly noticeable after the recent death of serial killer and morbid media darling Richard Ramirez. Tumblr, in particular, was flooded with posts expressing sadness that the “world has lost one of the great ones,” and tributes in the form of GIFs and fan fictions.

Statements like, “I would have killed to be one of his victims,” and “I would let him strangle and rape me any time” were common. These allude not only to the dangerously hazy distinction between criminal and celebrity, but also to a culture that routinely condones rape and violence.

This evolution from general curiosity to full-blown idolization is made easier and easier as the media grows more pervasive. Of course, blame can’t solely by placed on the popularity of homicidal, fictional protagonists. But it’s impossible to ignore how the media has been effective in portraying killers on a human level and, in some cases, as heroes among men.