Program to launch this fall 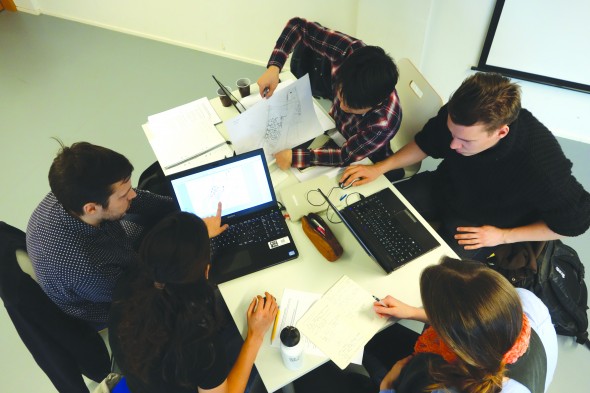 The advent of the Kwantlen Student Association’s (KSA) peer support program aims to bridge that gap between hands in need and hands that can.

The new program is poised to launch this Fall, and though it does connect students with personal support from approved, trained peer volunteers, the program also functions as a resource base for students that need to be connected with academic help or other counselling services at KPU.

“I think the end goal is to provide support and awareness and create an environment . . . that fosters positivity and acceptance,” says Alisha Chauhan, Surrey program coordinator. Her Richmond counterpart Jennifer Lingbaoan adds that, “Connections are such a huge part of what we’re trying to accomplish here.”

If a student felt like accessing the program, Chauhan says the first step would be to match them with a volunteer who is “a good fit for the student,” or allow the student to decide on the volunteer that they would like to see.

“After that, they would go for what we’re calling a ‘walk-and-talk’,” says Chauhan. Simply put, it’s where the student and volunteer would have a casual conversation and talk about anything that’s going on in their life, be it academic or personal life or wherever the conversation may go. Their session would last about 50 minutes, where afterwards they’d return to the office to gauge if another session would be appropriate for them.

After the fall semester, Lingbaoan says that the program will do a once-a-year intake of people interested in being peer volunteers. They would attend an information session or a social, perhaps, so they could get to know the program team and taste the nature of the job. Then they would fill out an application form in hopes of meeting the criteria, and if they made the cut, they would be contacted for an interview.

“Once they finish training, then they can have the title of peer support volunteer,” says Lingbaoan.

Lingbaoan currently studies third-year psychology and pursues a counselling minor. Chauhan is a recent KPU psychology graduate who also did a double-minor, in counselling and in Asian studies. They’ve been fulfilling their positions for about a year now, preparing the logistics of the program and understanding their roles as the months roll on. They’ve managed to train 14 volunteers over five major training sessions just in February. Over the summer, one student accessed the program and now Lingbaoan and Chauhan are seeing the microcosms of what their future work may look like.

Like all of us, Lingbaoan and Chauhan aren’t strangers to dark but formative times. They had to share their real-life experiences during their hiring processes.

“I dealt with a lot of cultural identity conflict with being South Asian but growing up in Canada and having to deal with almost two worlds,” says Chauhan, in brief. “And I’ve also been through a lot of toxic relationships in my life. For me, if I had a peer support volunteer to tell me, hey, you could go seek counselling—it would’ve helped me so much more. I wasn’t able to seek counselling until one of my friends really pushed me and made me realize that I needed to get extra help, and that a friend’s wasn’t enough anymore.”

That initial step out of conflict was something that Lingbaoan needed to catalyze, too, after being in a car accident when she was following her family’s car to lunch in Surrey.

“There came a point where the light had turned red, and my parents stopped in front and I had to brake,” says Lingbaoan. Her brakes stopped functioning properly. “And essentially I had the choice of turning over to my right and hitting a whole bunch of strangers, hitting my family or trying to turn and hit the median to stop myself.”

The accident was traumatic for Lingbaoan, and her subsequent anxiety crippled her ability to proceed in any situation where she couldn’t control her circumstances. It wasn’t until she took a step towards counselling, here at Kwantlen, that she was able to start recovering from the anxiety she suffered.

“The first day after doing a couple of counselling sessions—the first day that I actually had driven back to Surrey—was to do my interview for this position.”