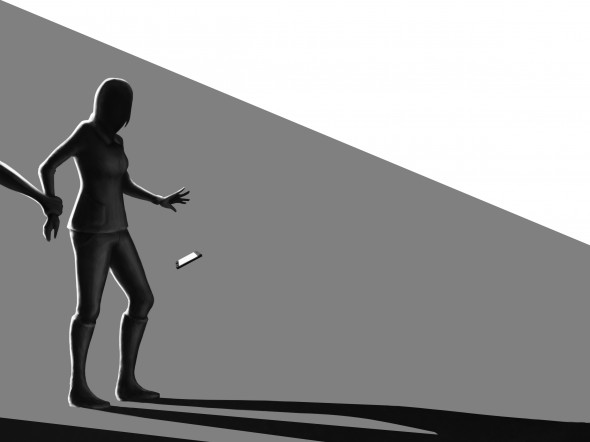 An alleged incident of sexual assault on the Richmond campus has sparked change at Kwantlen Polytechnic University, beginning with the desire to foster a safer environment for female-identifying students. Kwantlen’s administration got in touch with Women Organizing Opportunities for Women and the Kwantlen Student Association to discuss upcoming policies and protocols for the improvement of student security.

This notion is a significant step forward for both WOOW and the KSA, who are excited to be working directly with the university’s administration in their efforts to make Kwantlen a safe space for women. WOOW Representative Kari Michaels, and KSA Women’s Representative, Chelsea Scott, explained what their organizations will be doing to help prevent more instances of abuse from occurring in the future.

“We’re solidifying plans to hold a self-defence class at Kwantlen,” says Scott. “A lot of people hear ‘self-defence class’ and think, ‘You’re not addressing the situation from the source. You’re only arming people to protect themselves, and we should create a culture where we don’t need to worry about that.’ But this is just a response. It is just a tool that we have.”

“And we’ve offered it in the past,” adds Michaels. “WOOW organized self-defence back in 2013. We had a class for students and they really loved it. Not only is it a good skill to have in assertiveness and learning how to set boundaries, but it also creates a space for discussing violence against women. You can talk about things that have happened in your life, or just things you’ve heard of, and recognize that a) you’re not alone and b) it’s actually quite frequent. It’s really important that there’s a safe place to have that conversation.”

The self-defence company that WOOW partnered with, Wenlido WEST—Women Educating in Self-defence Training—has a strong relationship with Kwantlen. Anne McFearson, a member of the company, works in the learning centre, and an ex-KPU science professor is now one of Wenlido’s instructors. Wenlido is a feminist-based company that is providing support and services for the self-defence classes, as is the KSA, who will be funding the project.

As a result of the KSA’s backing, the classes will be “low-cost and low-barrier.” In other words, the price will be less of a set value and more “pay-what-you-can.” The founding organizations “just want you to be able to take the course,” regardless of the attendee’s income or ability. Safety for all students is the goal, especially for Scott and Michaels, who place a great deal of importance on inclusiveness and intersectionality at Kwantlen.

“We at Kwantlen are always talking about how culturally diverse we are, so it’s important to discuss all of the beliefs that people have,” says Michaels.

WOOW and the KSA are also pushing for progress by launching poster campaigns, holding meetings, developing workshops, and showing videos. They are hoping to expand Kwantlen’s Safewalk program as well, which would ensure students who feel uncomfortable walking alone can be accompanied by volunteers, rather than security guards exclusively.

“In the consultation process, that would be number one,” says Michaels, “especially for those taking night classes at the university.” Scott agrees, saying, “We know that it works at many other university campuses and that it’s relatively inexpensive.” And unlike the self-defence classes, Safewalk is already in place, meaning that its expansion would be easily accomplished.

Some of the more esteemed campuses that use the Safewalk program are UBC, SFU, and UVic. KPU, which is rising among the ranks of those schools, has little reason to avoid expanding Safewalk. Limiting the members of the program to security guards increases the price of running it and decreases the number of available members. The more members that the program has, the more likely it is that students will use Safewalk at Kwantlen, since a higher volunteer count means greater diversity amongst volunteers.

For a student who only feels comfortable with certain people, being able to choose who accompanies them would make Safewalk much more appealing. A common concern may be that many of the security guards on campus are men. If someone is nervous about being alone with a man they don’t know well, they’re unlikely to call Safewalk. Altering the program to include volunteers would promise students that they would get what they need to feel safe. By extension, it would also reduce the likelihood of public abuse happening at Kwantlen in the future.

On personal grounds, WOOW and the KSA would like to pay their respects and gratitude to the woman who was the alleged victim of the assault.

“It’s very brave of the person who reported this [to come forward]. She didn’t have to report it and, undoubtedly, it was stressful to bring it to the authorities’ and administration’s attention,” says Scott. “Luckily, there was recourse due to her report, but less than 10 per cent of all sexual assaults are reported. [Reporting] is not a common thing to happen, and the fact that it did opened the conversation up and got us here at this table. So I’m incredibly grateful to her.”

“This has been a catapult for drumming up support again,” Michaels notes. “We’d love to have regular meetings at some point in the near future and I think that it will be nice at the self-defence classes to have a space where you can talk about cases like this.”

The bravery of the victim has spurred on a wave of advancement for women’s groups at KPU. Their goal, in response to the assault, is to “give people faith that they will be believed, validated, and protected,” if they report on-campus abuse. At the same time, they want to give women what they need to protect themselves and feel comfortable while attending university. The introduction of self-defence classes and an expanded Safewalk program could be exactly what Kwantlen needs to take a step towards equality and security for women. Students deserve to feel safe while getting an education, and small strides forward are crucial to allowing them that security.