Burping the Baby: An Interview with The Plodes 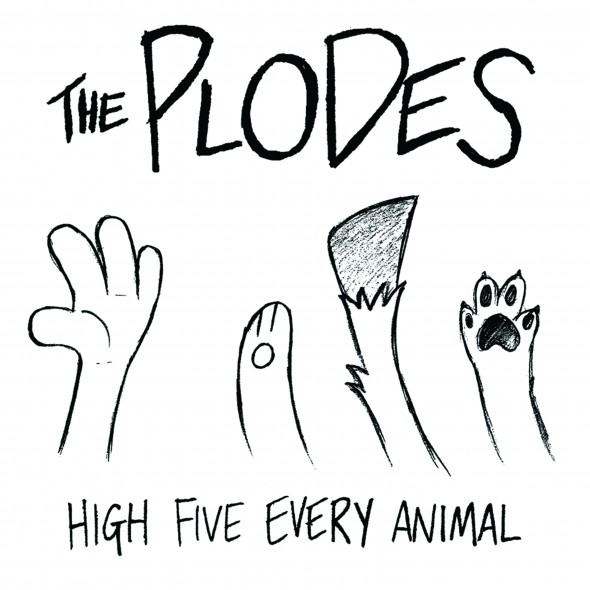 “Our show is probably a quarter to a third standup comedy,” says Reid Blakely, frontman of Vancouver-based punk rock duo, The Plodes.

According to drummer Gemma Goletski, “It’s semi-improvised. Sometimes I’ll just say some garbage and think, ‘Oh, that was okay,’ so I do it six more times until I feel like it’s time to retire. [For example,] every show, I ask if anybody in the audience has seen the movie Straw Dogs.There have only been like, two people who said yes. I mean, I haven’t seen it. It’s really dark and violent so I don’t really have any interest in watching it. I just want to ask people if they have.”

Other live antics include the insistence that an audience member sings “You Treat Me Poorly and It Makes Me Upset”, a song with one line of lyrics (hint: it’s the title). However, due to the size of Vancouver’s music scene, Blakley and Goletski often recognize every face in the crowd. Their solution is to pretend they don’t know the volunteer and bestow a fake name upon them, which, for reasons unknown, is always Krogus.

“It goes, ’Welcome to the band. Your name’s Krogus. Everybody say hi to Krogus.’ And then they’re in the band for like, a minute and a half,” says Goletski. Cracking up the crowd is an intentional approach by The Plodes, and they consider it an important part of playing. “I think it’s good to balance the music with something else, whether you like to roll around onstage or bring a push mower and throw that around.”

For Blakely, “The point of rock or punk is to see a show and watch people perform it. Our performances have to reflect that more than our recordings. It’s sort of the same philosophy as The Minutemen used, which is that they viewed their records as promotions for their live shows rather than the other way around.”

And while Goletski is the main source of “banter on stage,” Blakely writes all of The Plodes’ lyrics. They have an equally distinctive sense of humour, and almost every song seems to centre on animals or simply absurd concepts—just check out song titles like, “Bad Bunny”, “Now I’m Really Tiny and I Live in a Jar”, “Kissy Giraffes”, “Did You Find Something Weird on the Bottom of my Shoe?”, and of course, “Penis”. Their most recent release—High Five Every Animal—manages both animal and absurdist imagery.

“I can’t really write any other way,” says Blakely. “I can’t be really serious. The only way I know how to make things interesting for myself is to put humour into it—not to be a comedian, but to make people laugh.”

Although it can be silly and surreal, it isn’t thoughtless humour. Blakely puts a “painstaking” amount of effort into his choice of words and structure while songwriting. “Lyrics are hugely important to me, sometimes more so than the music. I’m very self-conscious and easily embarrassed, so I don’t want to make my lyrics too boring or show-off-y or conspicuous,” he explains. Repetition, which the band considers “an underappreciated artform in songs”, is another favourite technique of Blakely’s due to “a combination of ambition and laziness.” Instead of writing completely new material, he will often choose a variation on a pre-existing part, “to make the song coherent and generate ideas.”

“And that way, that song has it’s own sort of aesthetic,” agrees Goletski.

The Plodes once consisted of four members, but due to scheduling conflicts, its membership was halved. Now it’s just Goletski and Blakely, who was—and still is—the only founding member of the band. “It’s sort of my baby,” he says, gushing. “For a long time, it was just me and whoever was able to help me burp the baby.”

Nodding, Goletski adds, “I’m just giving the baby an antacid every time it gets gassy.”

From their shared sense of humour down to their roles in the band, Blakley and Goletski work together to bring The Plodes up to a fuller level of entertainment. The addition of humour to quality music helps make them memorable in a sea of Vancouver punk, although the amount of material they’re producing leaves more to be desired by both the duo and their fans.

“Maybe people think that we’re just a joke band, but we’re very serious all the time. Really, such dark souls,” says Goletski with a groan.