Why Vancouver’s Still “No Fun” 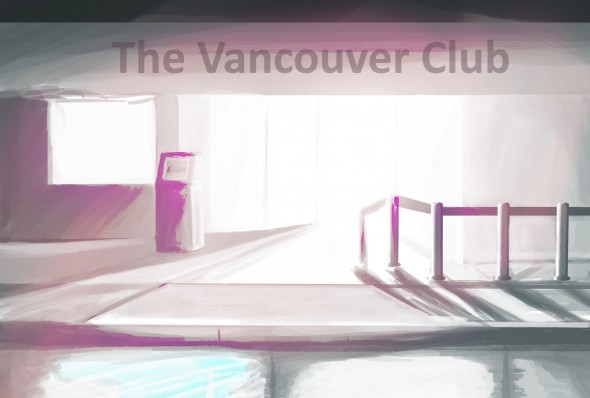 George Affleck, Vancouver’s Non-Partisan Association city councillor, believes his city is suffering from a “negative brand.” For years Vancouver has been saddled with the perception of being a “no-fun” city, trading its night-life for a high quality of living.

“Right now, we don’t have any kind of strategy to change that attitude in Vancouver, around Vancouver, or internationally,” says Affleck. “We just kind of live with it, but we need an approach to show that we can have fun and organize good, positive, safe events.”

In order to change this perception of Vancouver, Affleck has instituted an official New Year’s Eve celebration for the city, something Vancouver hasn’t had for years.

“We are well-known around the world and I think that there’s an assumption that a city of our size and profile would be holding a New Year’s Eve event,” he says. “It was frustrating to watch CNN because you’d see London, Toronto, Sydney . . . and when they cut to Vancouver, it’d just be darkness. That’s why I suggested that we have staff look into it and they finally gave out some startup money to make [the celebration] happen.” This New Year’s Eve, there will be food trucks and two fireworks shows near Canada Place.

Affleck’s idea to allow craft beer rooms and distilleries to sell alcoholic beverages during expanded hours of operation was also approved. Previously, they could only hold limited tastings, which minimized profits and crowd sizes. “It really opened up the floodgates for a lot of these small places to succeed and create new, vibrant neighbourhoods,” says Affleck.

The Non-Partisan Association has helped the city shake its grim title with Affleck as a representative, but there’s still considerable work to be done. General manager of the Commodore Ballroom, Gord Knights, agrees.

“The real hinging factor is an economic one,” says Knight. “All music venues are constantly fighting the same sort of battle, which is that rent is an extraordinary part of your expenses as a business. If you can’t afford rent, you’re not open.”

As any concert-goer in Vancouver will tell you, the high cost of living is similarly discouraging. Paying $10 for cover at the door, on top of a drink and transportation, might be repelling enough to convince you to spend the night in. This is particularly true of university students—the primary demographic in a thriving nightlife scene—who don’t normally have a considerable or steady stream of income. They also often rely on transit to get to and from events, which in Vancouver leaves much to be desired.

“Translink does a good job of operating the main bus routes, but it’s certainly not easy for people to get around the city late at night. I think that that’s a big deterrent to the downtown core,” Knights argues. “If we want to see those improvements in terms of cultural diversity, having more fun late in the evening, and a safer environment for people downtown, we need better transit options during late hours. Then you’d really see growth in terms of nightlife.”

Affleck describes the NPA as a group that “represents Vancouver citizens who are passionate about building a dynamic, global city,” and he believes the NPA is the big push behind these changes. The NPA is one of Vancouver’s municipal political parties, and in the last election went up against other parties like the Coalition of Progressive Electors and Vision Vancouver.  Right now, there are three NPA councillors. According to Affleck, they are the only ones striving to make Vancouver a “fun city.”

When the motion to put $125,000 towards the New Year’s Eve party was put forward at council, Vision Vancouver Councillor Kerry Jang asked if the money would be better spent on something else. “Somehow a New Year’s Eve celebration doesn’t seem to me to be very important compared to the issues we have facing us, particularly in areas like the Downtown Eastside and other places with mental illness and addictions are – what? – being short-shrifted $125,000 for a party,” according to the Globe and Mail.

“Generally, it’s been me and my party,” he explains. “The council is so focused on the big picture and the world-changing things they can be doing that they’ve forgotten the basics of what a city needs. We should be making decisions and moving fast, but I only have so much say in the council. They control the agenda and have said that they think Vancouver is fine. They think that there are no problems. I think that the problem lies in the refusal to loosen up the rules.”

Affleck cites an idea he put forward that would allow grocery stores to sell wine, something that the province has already condoned, though the council shot the idea down. “I don’t know why we’re waiting on this stuff. To me, it’s all moving very slowly.”

He suggests that citizens and business owners who want to make Vancouver “more fun” should contact a councillor directly.

“We’ve proven how well we can organize events with the Olympics,” he says. “The no-fun city moniker—that terrible name that was given about 15 years ago—has been really hard to get rid of. The city itself really needs to encourage and support organizations in the private sector to do things that make it more fun and vibrant . . . and if there are any ways I can look into our policies to see how they could be restricting people and the ideas that they have, there are a lot of things that we, as councillors, can do.”