Is “Innocent until proven guilty” just for show? 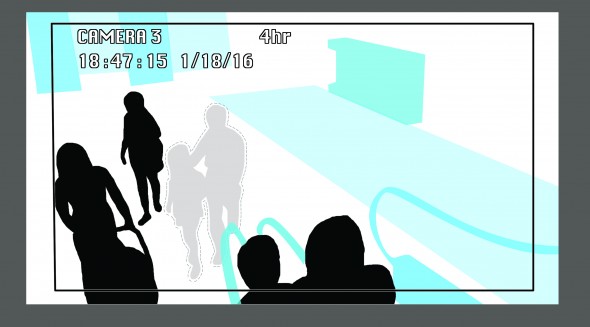 In Canada we claim to believe that everyone is innocent until proven guilty. We proudly strive to demonstrate acceptance towards all of our nation’s cultures. Judging by what happened to three British tourists on Jan. 12, however, those ideals are only words, not likely to translate into action.

At Pacific Centre Mall, two men and a youth described as “Middle Eastern looking” were reported to the Vancouver Police Department for suspicious activity. In this case, that activity was photographing the mall’s entrances and exits. That was enough to raise the eyebrows of security guards, who notified the VPD. Shortly afterwards, the alert was leaked to the public through a police bulletin.

Although the Chief Constable did repeatedly note the presumed innocence of the suspects, it mostly went unheeded—Vancouverites took to their smart phones in a flurry of hashtagged panic.

An article on the event by Vancity Buzz didn’t do much to calm the waters. The thumbnail for the post—which has received over 79,000 shares—features a close-up of an illuminated police siren. It also included photographs of the three men with their faces exposed.

While all that was going on in cyberspace, Mohammed Sharaz, his son, and his son’s friend were sitting unawares in their house. Sharaz stumbled upon the reports about the three suspicious men in the mall, and upon realizing that he was one of the men in question, immediately phoned the police to explain.

As it turns out, the two photographers spotted with him were undergoing treatment for visual impairments. They take pictures of the world around them so they can see it better by zooming in and out. The photos were also taken for the sheer sake of sentiment, to “show [their] family and [their] friends,” when they return home to Manchester, England.

It’s easy to be offended, ashamed, and disappointed by what happened to the three men, but at this point, it’s difficult to be shocked. In a country where Islamophobic fear-mongering has been a silent but ever-growing undercurrent, instances like this have become increasingly common. It’s clear that there wouldn’t have been nearly as much coverage or concern if the men had been of any other ancestry, but not according to the VPD police chief Adam Palmer. He stated that what happened on Tuesday was absolutely not racial profiling.

“Regardless of what race these people may or may not be, that’s not really the issue. The issue is that we weren’t planning to go public with it at all,” he said, at a news conference.

But there’s a reason why this case was leaked instead of the countless others that security files every year—folks are scared of terrorists, and the media continuously reinforces that terrorists are “Middle Eastern looking.” As a result, innocent civilians are falsely accused of being a threat to the safety and security of others. However, by doing so, those accused are being put in danger themselves.

“I’ve got a child that’s 14 years old . . . it’s going to cause him some trauma,” commented Sharaz, during an interview with CBC News.

If tourists cannot feel safe visiting this country, its citizens cannot either. That does not happen in a healthy democracy. Neither does traumatizing young, visually-impaired visitors with discriminatory accusations.