Talking About the Orcas Won’t Be Enough to Save Them 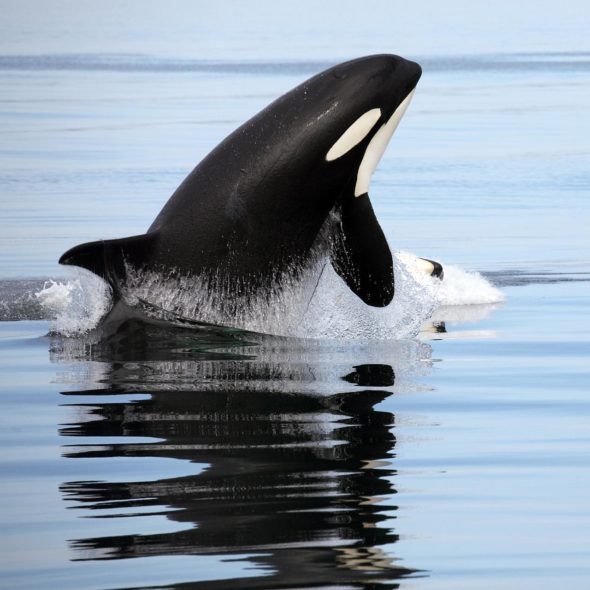 Last month, my boyfriend and I vacationed in Victoria for the first time. While sailing to Vancouver Island, I peered over the edge of the ferry at the ocean below, silently wishing to see a black dorsal fin breaching the surface of the water.

Though I didn’t see one, it got me thinking about how much we really care about B.C.’s orca population. The number of orcas who inhabit the waters off the coast of the Pacific Northwest has dwindled to only 75, and there have been no new births documented since 2015.

The risk to this already endangered population has made worldwide headlines. An orca named J-35 carried the body of her dead calf around with her for 17 days straight. Her mourning had many on social media comparing her actions to those of a bereaved human mother grieving the loss of her baby. Many commenters shared their own personal stories of dealing with the loss of their young children and how they empathized with J-35.

Another orca named J-50 made headlines due to her emaciated and sluggish state. CBC reported that researchers attempted to feed the three-year-old orca chinook salmon and injected her with antibiotics in an attempt to save her life.

When it comes to helping these animals, I urge you to take your advocacy beyond lip service. Rather than claiming to care about the southern resident orcas, take action. There are several things one can do to help protect this population, the most important of which is learning more about them.

Did you know that killer whales are not whales at all, but rather the largest members of the dolphin family? Killer whales are apex predators and among the most intelligent creatures on Earth. Their lifespans rival that of a human’s. Most populations live in highly complex social structures called pods, many of which—including the southern resident population—are matriarchal in nature.

The southern whales’ primary food source is salmon, but according to the National Oceanic and Atmospheric Administration, “chinook salmon stocks are currently lower than historic levels, putting Southern Resident killer whales at risk for decreased reproductive rates and increased mortality rates.” One thing we can do to address this is supporting salmon restoration efforts.

Fisheries and Oceans Canada suggests that Canadians learn where orca habitats are in their area, which activities are destructive to them, and how they can “reduce their impact in these areas.” They also encourage reporting marine mammal incidents like injuries, entanglement, or harassment to their tip line.

The Wild Killer Whale Adoption Program, orchestrated by the Vancouver Aquarium, provides the unique opportunity to “adopt” an orca. From these donated adoption fees, 70 per cent directly funds research initiatives on killer whales.

Go whale watching off of British Columbia’s coast to appreciate these remarkable creatures in their natural habitats, not in a tiny concrete tank. Keep in mind that noise from vessel traffic can disrupt orca communications, so when out on the water, keep your distance or try land-based whale watching.

You say that you care about the welfare of the southern resident killer whale population—but are you prepared to prove it? We must act before the population dwindles to zero.