by Ivy Edad and Amei-lee Laboucan 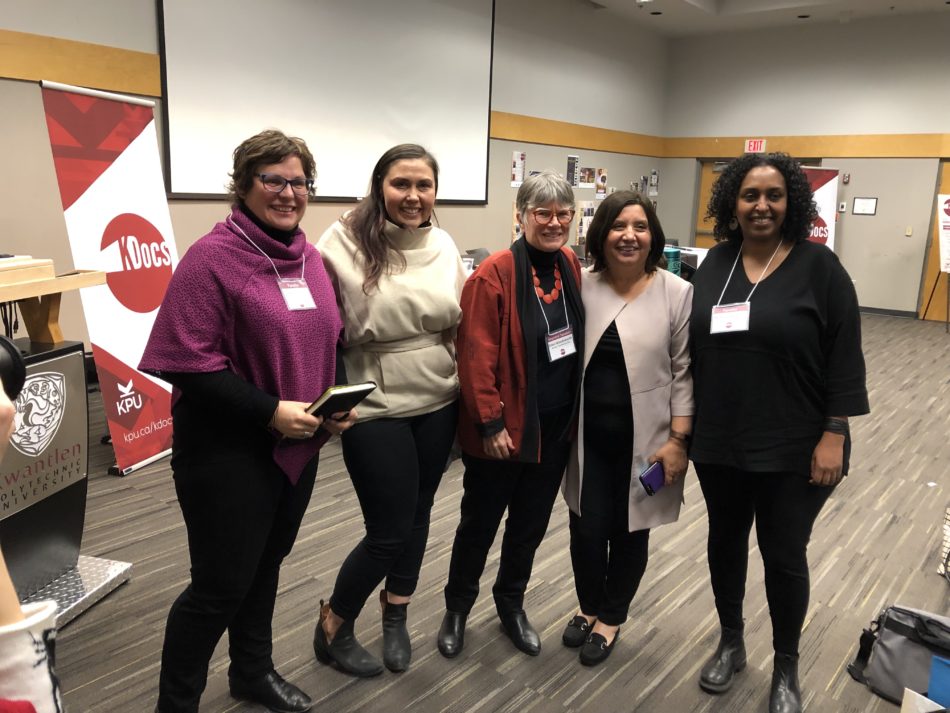 KDocs, KPU’s annual documentary film festival, hosted a one-day event on the Surrey campus on Feb. 6. The mini festival included a screening of two documentaries—RBG and Won’t You Be My Neighbour?—each of which focused on a beloved American icon.

The double feature was followed by an address from keynote speaker Ellen Woodsworth and a panel discussion led by six other women. The panelists represented a wide range of identities which Janice Morris, KDocs founder and director, did purposefully.

“It’s really just to give a space to voices that really need more space to speak,” says Morris about her decision to have an all-female panel to talk about the documentary RBG.

The films shown at the event are a departure from the “typical sort of dark, foreboding topics that we normally show as a social justice film festival,” says Morris.

RBG is a documentary about Ruth Bader Ginsburg, the second woman Associate Justice of the Supreme Court of United States. RBG, as she is commonly known, is a staunch supporter of civil rights and has used her position in the U.S. Supreme Court to push for greater equality. Won’t You Be My Neighbour? is about the life of Fred Rogers, host of beloved children’s show Mister Roger’s Neighbourbood.

“She actually took on the system by being a part of the system,” says Morris. “[She] managed to master the master’s language and mobilize it against itself.”

It wasn’t all praise for Bader Ginsburg and the film focusing on her career and life. For instance, Ellen Woodsworth was critical of the whiteness of Ruth Bader Ginsburg’s cases in the documentary.

“I thought it was interesting that a lot of it was about white people …. I thought that was a real gap,” says Woodsworth.

Woodsworth does give credit to the Justice, saying, “I thought her systematically pulling out cases and supporting cases that would advance all women’s rights was really critical.”

Woodsworth, who is the founder of Women Transforming Cities, used her platform as keynote to encourage the audience to mobilize and create change for the upcoming federal election.

“The prime minister talks about being a feminist but he’s put a very, very, very small part of the budget on things that would make a difference to women,” says Woodsworth, specifically citing national child care and housing.

When the topic of accessibility for those with disabilities was discussed during the panel, Chelsea Franz, a student who organizes her own events for KPU’s literary magazine Pulp, was moved to take steps in making her events more accessible.