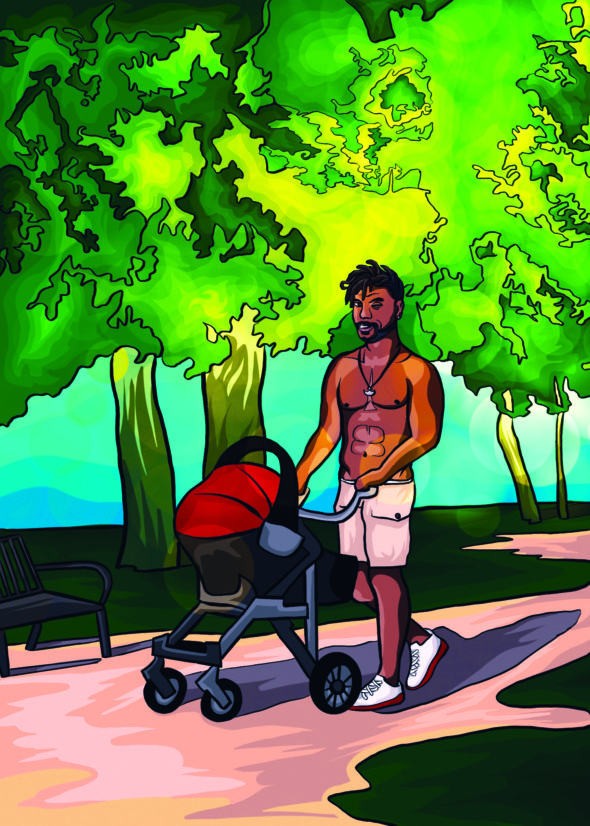 “DILF is becoming more and more popular, especially among women. We know it is a phenomenon of interest and its actually coming up on mainstream social media as well, like Instagram,” says Flora Oswald, the first author of the study. “We were aware that there wasn’t any actual empirical research on DILFs despite the fact that it’s becoming a greater social phenomenon.”

According to Oswald, DILFs are the contemporary version of “Mom I’d Like to Fuck.” A DILF is a man who has a child. To many, they are attractive because of the emotional capability they are showing by being a father, but this is a relatively new development in history.

“The parenthood aspect of being a father was more about making money and supporting the household rather than fathering the children, so that’s contributed to why this trend is new and just emerging now,” Oswald explains.

The ORGASM Research Lab, which stands for Observations and Research in Gender and Sexuality Matters, found the answers to why people, especially women, are attracted to DILFs. Participants of the study were given an image of an attractive older male and told that he is a 45-year-old, employed man named Jason. Some were told that he had two children, and others were told that he had no children.

Women were more attracted to the man with children, but the study found that it cannot be assumed that the attraction to DILFs is dependent on age.

“The men in both conditions were the same age, and the women who preferred the man with children showed that it’s not about him being an older man. It’s more about him specifically having children,” says Oswald. “What is attractive about the men with children is that people view him as having positive emotional qualities. He’s viewed as more empathetic, more warm, and more kind than the man without children.”

“That’s specifically what women like about men that have children,” she explains.

The study also recognized the possibility of women having “daddy issues” and how they might affect their attraction to DILFs. The influence of this factor, however, was found to be minimal.

“We looked at those and we ran the statistics on them. We found that neither of those have an impact,” says Oswald. “It’s not about whether he looks like your dad, whether you have a good relationship with your dad—it’s just about his emotional qualities.”