Where the Grass is Greener: The Impact of Growing Weed on B.C. Farmland 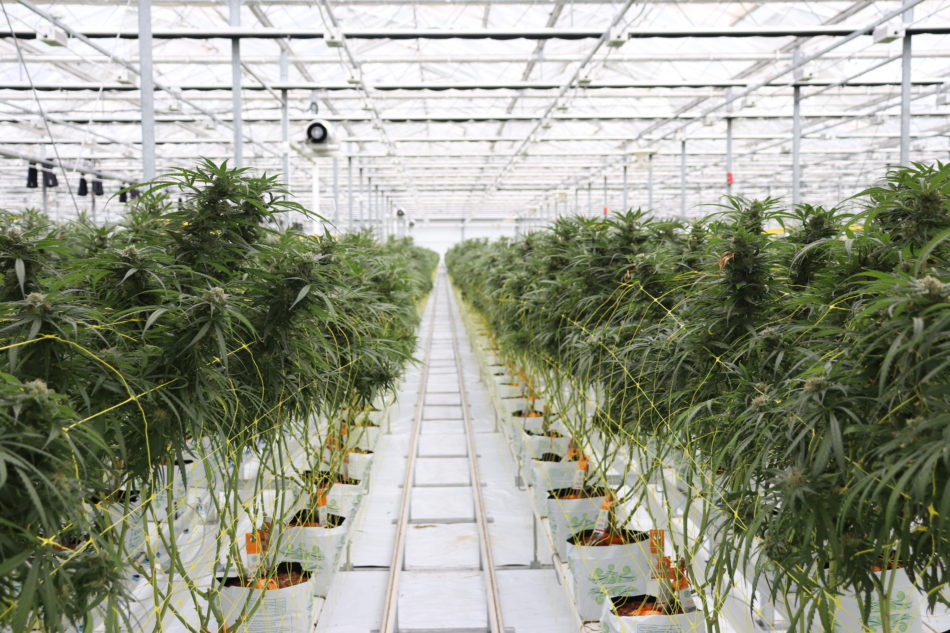 The City of Delta has allowed for the growing of cannabis since medical marijuana was made legal in 2013. (Lisa Hedmark)

A recent bulletin released by the Agricultural Land Commission (ALC) of B.C. now classifies cannabis production as “farm use” on Agricultural Land Reserves (ALR), but the city of Delta fears new and more lenient regulations around cannabis growth will undermine the importance of local produce.

In an interview with The Tyee, the Mayor of Delta George Harvie said, “We are under attack by the pot industry for greenhouses.” The mayor’s concerns are shared by KPU’s Director of the Institute for Sustainable Food Systems.

Cannabis has being used in infinite ways since its legalization. Not only THC but CBD is making a huge impact in the retail industry. Shoppers can purchase CBD-infused products almost everywhere, from milkshakes to massage oils and even products for pets. Cannabis is making an impact on basically anything that can be infused with cannabinoids.

The ALC’s May 8 bulletin has attempted to remove some of the stigma about cannabis production, and with the fairly recent legalization of recreational cannabis, many new cannabis growers have begun to take advantage of these new and more lenient regulations around cannabis production on ALR land.

Canopy Growth’s Adam Greenblatt, a cannabis industry pioneer and product educator says that the mayor’s concerns are unwarranted, and that “cannabis farms have come in to fill the void.”

“We also can’t ignore that we still import a ton of food to Canada to supply our vegetable needs,” he says.

The new regulations make it easier to grow cannabis, but not entirely. There are still a few more hoops producers have to jump through as opposed to food producers when setting up a growing operation.

Martin Collins, Director of Policy and Planning at the Agricultural Land Commission, says that, “unlike food production, the province permits local governments to more heavily regulate and even prohibit certain types of cannabis production.”

“For example, cannabis can be prohibited in the ALR [by local governments] with the exception of field grown cannabis, and cannabis production in an existing crop greenhouse or in a structure whose base is entirely made of soil. In addition, cannabis producers have to be licensed by the federal government, which can be time consuming,” he says.

Although it’s a tough industry to get started in, cannabis production can be much more lucrative than traditional farming operations, even if it’s just low THC content hemp being grown. An article in The Hustle states that “an acre of soybeans will make farmers $500, [while] an acre of hemp could make them as much as $30k”.

Currently, 26 per cent of ALR land is being used for cannabis production. Greenblatt says that these numbers are much higher in Delta, but you won’t see such a large percentage of cannabis farms on ALR land throughout the rest of B.C.

Many Delta greenhouses that may not have been generating enough income were bought out by cannabis producers.

“There are no provincial regulations to protect ALR land from being used for field grown or greenhouse cannabis production. However, local governments have authority to prohibit the construction of new structures in which cannabis is grown.”

The greenhouse in Delta was purchased from the Krahn family, which used the space to grow bell peppers. The Delta greenhouse is separated into four areas, which correspond to phases of cannabis growth.

Canopy Growth is the first North American cannabis company to be publicly traded on the stock market. The company’s multiple greenhouses countrywide supply about a third of all medicinal cannabis sold in Canada.

Canopy’s story started when it purchased an abandoned Hershey’s factory in Smiths Falls, Ontario, allowing them to boast about bringing life and business back to a dying town. Currently, Canopy Growth employs around 500 employees at the Delta greenhouse and over 3,800 employees countrywide under their multiple brands, including actor Seth Rogan and Screenwriter Evan Goldberg’s new line of cannabis, House Plant.

KPU’s Director of the Institute for Sustainable Food Systems, Kent Mullinix, helped author a paper in 2018 called PROTECTION IS NOT ENOUGH: Policy Precedents to Increase the Agricultural Use of British Columbia’s Farmland.

The paper mentions that nearly half of B.C.’s farmland is unused, and provides possible solutions to this issue. The paper does not include cannabis growth as a proper use of that vacant agricultural land.

Mullinix does not believe this new bulletin released by the ALC will benefit farmers in any way.

“I think it will benefit a very few ‘farmers’—I am reticent to call them farmers—but mostly benefit big money [and] the already unreasonably wealthy, and further foment the upward pricing pressure on B.C. farmlands.

“They are already at levels unreasonable for agriculture due to policy failure—laissez-faire capitalism and neo-liberal economic policy. So, on the balance farmers will lose,” he continues.

Mullinix has openly shared his disagreement with the cannabis industry using ALR land to grow their buds.

“I think that big money is being prioritized, which is what has driven encroachment onto and diminution of food producing lands all along,” says Mullinix.

Mullinix says this is a huge issue for many reasons. A few that he cites are “uncertainty of supply as climate change-driven crop production areas collapse, volatility in the world economy, increasing global population, loss of arable land globally, food security, and safety.”

“Food is produced with virtual slave labor, the hollowing out of our farming economy and communities, and our overall sustainability imperative,” he adds.

Even though cannabis is now considered to be “farm use” by the ALC, The B.C. Association of Farmers Markets is still not legally allowed to permit their vendors to sell cannabis or cannabis products. Regulations such as these can make it difficult for smaller operations or craft cannabis producers to enter the market and sell their micro-grows locally.

Many of the concerns surrounding cannabis growth on ALR land can also be connected to the stigma that still exists around growing and using the skunky plant. Canopy Growth believes much of the stigma about cannabis farming and consumption is tied to a lack of knowledge people may have about the plant, which is why the company prides themselves on educating the public whenever possible. Canopy Growth has also noticed an increase in applicants from KPU’s Cannabis Career Training course applying to their company and other educational programs.

The most popular complaints about cannabis concern the smell that comes from growing and smoking the plant  Canopy Growth has also taken extra precautions when it comes to the odor that’s emitted from the green crop. Multiple filters are used in cannabis greenhouses purely to filter out the smell so that locals are not bothered by it. The scent of cannabis is detectable within a block of the facility, but it’s less noticeable than the smells from nearby dairy and cattle farms.

Large-scale and legal facilities such as Canopy’s also help facilitate the transition of black market growers into working as legal farmers and consultants. Many dispensaries closed after the legalization of recreational cannabis, but the remaining producers have noticed a general boom in their business now that they can legally sell their crops to the government.

There are multiple steps that must be taken to regulate and properly label cannabis products before they are legally sold. Nonetheless, the plant has become a huge cash crop for cannabis farmers.

Although a very lucrative industry, Mullinix would strongly discourage his students from pursuing a career in cannabis farming.

“[It’s] antithetical to our sustainability challenge—where we need to put our resources, intellect and passion. Producing cannabis so a few big money investors can garner even more wealth for themselves​ is about as low on my list of concerns as it can get,” he says.