Recent cases of vaping-related illnesses are being reported across the U.S., and some health officials say that it’s no surprise 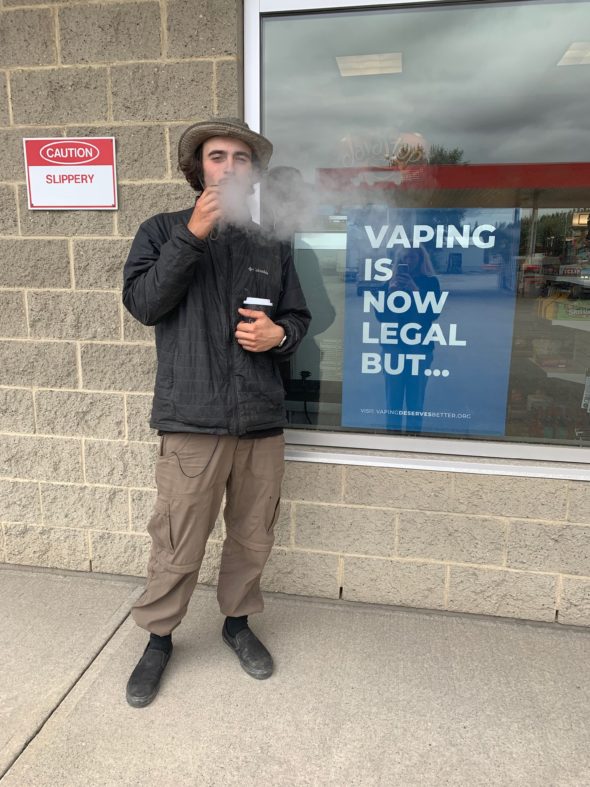 Seeing someone vaping using an e-cigarette at a bus stop or on their walk between classes has become a common occurrence. Originally invented to assist cigarette smokers looking to wean off nicotine, vaping has become a huge trend all across North America.

Health officials have speculated that vaping is not a consequence-free alternative to smoking cigarettes, and in recent weeks, those suspicions have been confirmed. With an outbreak of vaping-related illnesses and deaths being reported across the U.S., the nation is jumping into action. Even Donald Trump has attempted to take the sales of e-cigarettes off the market.

“People are calling the vaping illnesses … the next opioid crisis,” says David Florkowski, Dean of the KPU Faculty of Health.

“All the information coming out about vaping … is a higher level health concern, because we don’t know what’s causing the illnesses. We don’t have the direct evidence to say, ‘Vaping causes this illness because of X.’”

Dr. Farrah Kherdmand, a pulmonologist and professor of medicine at the Baylor College of Medicine in Huston, recently appeared in a CBC interview to discuss the health implications of vaping. Kherdmand has dedicated her work to studying cigarette and vape smoke and its effects on the lungs. In the interview, she said that her research shows that regardless of what’s in the vapes—nicotine, cannabis, or even nicotine free vapes—the damage to the lungs is all the same.

Most vaping illnesses are thought to have come from the ingredient vitamin E acetate, which can be found in vaping products. An infection called lipoid pneumonia has been correlated to vape-related illnesses. It is caused by a build-up of fat in the lungs, and has been found in the lungs of vape users, potentially due to the oil used in e-cigarette products.

Josh Borthwick is a student at the University of Ottawa, who, like many others, turned to vaping as a means to assist him in quitting tobacco cigarettes.

“The reports are changing how I feel about vaping,” says Borthwick.

It’s not just university students looking to quit their cigarette habit. Over the past few years, vaping has become more common among high school-age students, many of whom never had a cigarette habit in the first place.

Florkowski says that peer pressure and mass advertising may be factors in the increase of youth vaping.

Since the research is still developing and cases are currently undergoing investigation, health officials are cautioning the public to stand by and stay informed. Vaping is not an alternative without harm and, smoker or not, we should all heed with caution as research develops.