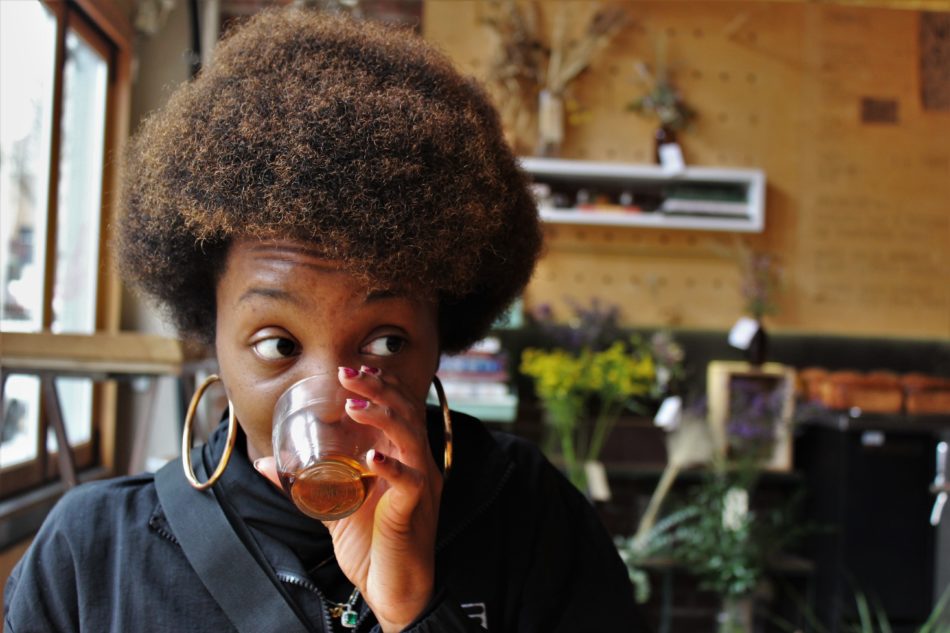 Lowkita is a rapper with a passion for experimenting with multiple genres in her work. (Aly Laube)

When Camille Brereton was a little girl, she danced in a group called the Caribbean Singers and Dancers alongside her mom, a singer, and cousins. In elementary school, she started writing her own lyrics in a notebook that had Lola Bunny from Space Jam on the cover and eventually picked up rapping by borrowing friends’ spoken word pieces and laying her vocals over beats she found on Limewire. It was during this time that she started to form her own style, which is heavily influenced by Hip-Hop, Dancehall, and U.K Grime.

All of this happened in Calgary, her hometown, and she’s been on the move since she left.

Flash forward to Brereton’s early adulthood, when she met a producer named Illangelo. He helped her lay her vocals over an M.I.A. track, which she put out before leaving the city for Montreal. There, she linked up with other creatives and started recording.

“That’s when I started really pushing stuff, and then I moved to Vancouver. That’s when things got like, ‘This is really what I want to do,’” she says. “I kind of just go year by year. I take gaps and stuff, but I always drop freestyles at least three times per year. Just gotta stay consistent.”

She came to Vancouver for the audio engineering program at LaSalle but left after she learned the skills she needed to self-record. She was already doing that by the time she moved into a new place with an artist manager who connected her to other local creatives. With that, she started building the team that’s still with her today.

Lowkita linked up with Floetic and Emotions for her three-track project, Rude, which dropped under in 2016. If you listen closely to that EP, you can hear her daughter “making little noises” in the background — and you’ll probably hear her again on the next releases, set to be released by May.

“They’re all three completely different. I’m a Gemini, so there are two sides to me, people say,” she says. “There’s definitely going to be a hip-hop dance hall vibe and then more of an r&b mellow kind of vibe, so it’s different, but it’s going to be cool.”

Those three releases aside, she’s excited about the future of Lowkita.

“I have people reaching out to me, like a producer in the UK, and it’s my dream to just be in the UK. If I didn’t have a job and I didn’t have a daughter, I would definitely be out there right now,” she says. “I’m really proud of the transition, just building my own team and finding my own people and the right group to get things done.”

She also is thankful to all of the strong women who have uplifted and inspired her over the years.

“That’s all I’ve ever seen, is hardworking women. My dad got sick when I was very young and died when I was like, 18, so I didn’t have that in my life. Of course I had strong male role models around like my godfather and my brother’s godfather, but there were a lot of females. I have one male cousin. My family’s all girls,” she says.

“I love being a woman and being surrounded by women.”

As Lowkita, she also manages a blog, a clothing line, and a podcast. Follow her at @rudegallow for details.