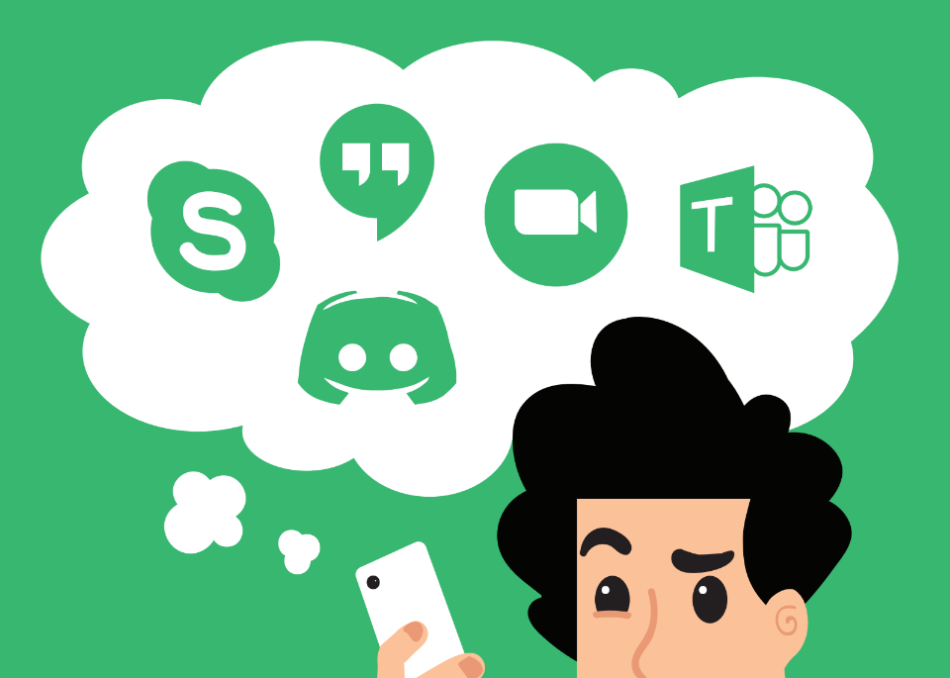 With everyone staying at home lately due to COVID-19, Zoom has quickly become a household name. Companies and schools have been integrating online video conferencing into their workflow now more than ever.

Everyone may be using Zoom, but it’s far from perfect. The Canadian government and others have banned Zoom from being used for government video conferencing due to privacy issues and insecure end-to-end encryption during meeting sessions.

Here are four alternatives to Zoom for video conferencing that you can use on your phone or computer. Unlike Zoom, you won’t need to pay anything to have a conference call that lasts longer than 40 minutes with these services.

Skype came out almost two decades ago, meaning that most of you have probably used it before. Skype does voice and video calling really well in a straightforward way, making it a good choice for large groups of people with different levels of familiarity with making video conferencing calls. Skype includes a call recording feature as well as live subtitles generated by an AI, making it especially easy to look back at important moments of your conversation.

Their slogan is, “Made by gamers for gamers.” Discord is by far the most popular choice for voice or video conferencing while playing video games, which I do on a daily basis.

One of my favourite features is that you can individually change how loudly you hear each of your friends, making bad mics, friends that are too loud or too quiet, and that one friend who always has their family talking in the background much easier to listen to. You can also create persistent voice channels, which means that if you see some friends hanging out in a voice channel you have access to, you can just drop into it at any time and start talking. This can make joining conversations feel much more natural than ringing a friend and waiting for them to pick up. You can also stream video of whichever game you’re playing directly to whichever voice channel you are in, making it easy for your friends to watch or play along with you.

In my opinion, Discord is the best choice for friend groups who want to spontaneously hang out online, especially when playing video games together on their computers.

Microsoft’s successor to Skype for Business, Microsoft Teams, is video conferencing software made for business operations for integration with their Office 365 software suite and Microsoft Outlook. Using it, you can schedule and automatically create team conference calls through your calendar. If you use any of the Microsoft server systems and plan on holding conference calls with your company staff, this might be a great choice for you.

Google Hangouts is a video conferencing service that used to be a part of Google+ and still exists to this day despite Google+ shutting down in 2019. While Google Hangouts is similar to Skype in a lot of ways, allowing you to call anyone in your Google Contacts, Google is planning to shut down Hangouts sometime after June of this year. Replacing it will be Google Meet, a video conferencing web app that can be used across Google’s business tools, GSuite, and Google Classroom, the popular service that many high schools are using right now to continue delivering education to students.

Many schools have been using Zoom sessions for online classes, but participants are becoming the victims of “Zoom-bombing” — when an anonymous intruder either brute forces the code to join the Zoom session or gains access to the session to spread malicious messages over the microphone, camera, or text chat. Google Meet through Google Classroom prevents this from happening as teachers control their list of students who can connect to any video conference session.

There are many video conferencing programs out there, but these four services offer a free and easy way to video conference securely with their work, friends, or instructors and peers without the fear of being “Zoom-bombed” or eavesdropped on by a hacker.