The PST exemption on vape products, pop, and streaming services should continue

The new tax will bring revenue, but might not be effective at accomplishing anything else 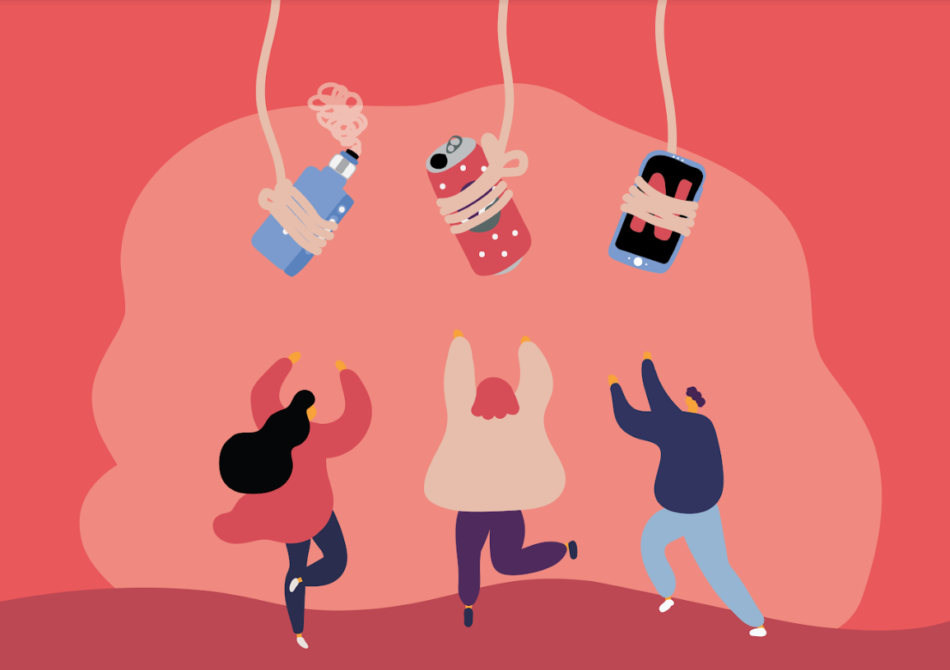 Do you have a guilty pleasure of some sort? Drinking a pop here and there or maybe watching a few too many episodes on Netflix when you were supposed to be doing homework? Yeah, me too.

On Feb. 18 last year, the B.C. government announced their budget, where they planned to add a seven per cent PST tax on vaping, sweet drinks such as pop, and streaming services like Netflix.

Soon enough, COVID-19 came to Canada and changed our lives drastically, and the government delayed the removal of the tax exemption when the province declared a state of emergency.

However, starting April 1, the B.C. government will remove the PST exemption on these items. But is this the best time to do it?

The PST plan for these items should be cancelled altogether. Although the government’s plan has good intentions, it might not be ideal, and people will resort to other options and find loopholes through the system.

The province’s unemployment rate is at 6.9 per cent, compared to last year in February at five per cent. With unemployment increasing by almost two per cent, people can’t really afford to spend more on products. Sure, they might not be necessary items, but people are doing their best to cope with the pandemic.

It’s true that vaping and pop are bad for us. Health experts have stated both vaping and pop can increase a person’s risk of cancer. Even though they aren’t good for you, increasing the tax price doesn’t necessarily help the goal they’re trying to achieve.

According to a Canadian Taxpayers Federation report from Nov. 2017, sugar taxes on soda or fruit juices haven’t worked in other countries. Consumers end up shopping for sugary drinks in other areas or switch to cheaper alternatives. Countries like the United States, Mexico, France, Hungary, and Denmark have similar taxes that have seen no significant change in consumption.

The report says pop consumption has fallen by 27 percent in Canada without a tax increase, while obesity rates have increased. If this is the case, do we need a tax on pop if consumption rates are already going down? Maybe not.

In B.C., PST tax on vape products has jumped quickly over a short period of time. On Jan. 1, the price increased from seven to 20 per cent. On April 1, the new tax rate will be about 27 per cent.

While searching through various Canadian vape shops online, many of them only charge GST. If a physical store is charging GST and the new additional PST on vape products, it might encourage people to shop online instead to save money. With younger generations being so knowledgeable about technology and the internet, it can be easy to avoid a tax hike that applies to local businesses.

Lastly, the province is going to charge PST on streaming services like Netflix and Disney+.  Steaming services are a good way for people with lower incomes to have access to entertainment, and although taxing B.C. residents could be a good thing for the economy, some people will find other ways to get a cheaper plan.

Since other provinces in the country are not taxing streaming services, it might encourage people who have connections from other places to avoid paying the tax. If I really wanted to, I could ask my friend in Ontario to let me use her credit card to avoid paying PST on my Netflix account in the future, which defeats the purpose of taxing these services. If one province implements a tax on streaming platforms, then the rest of the country should as well to avoid people taking advantage.

Ultimately, I think the PST tax increase doesn’t help the way it’s meant to if there are too many ways to get around paying more, and it makes more sense to keep these things at the same prices they are.

To learn more about PST, you can find out here.