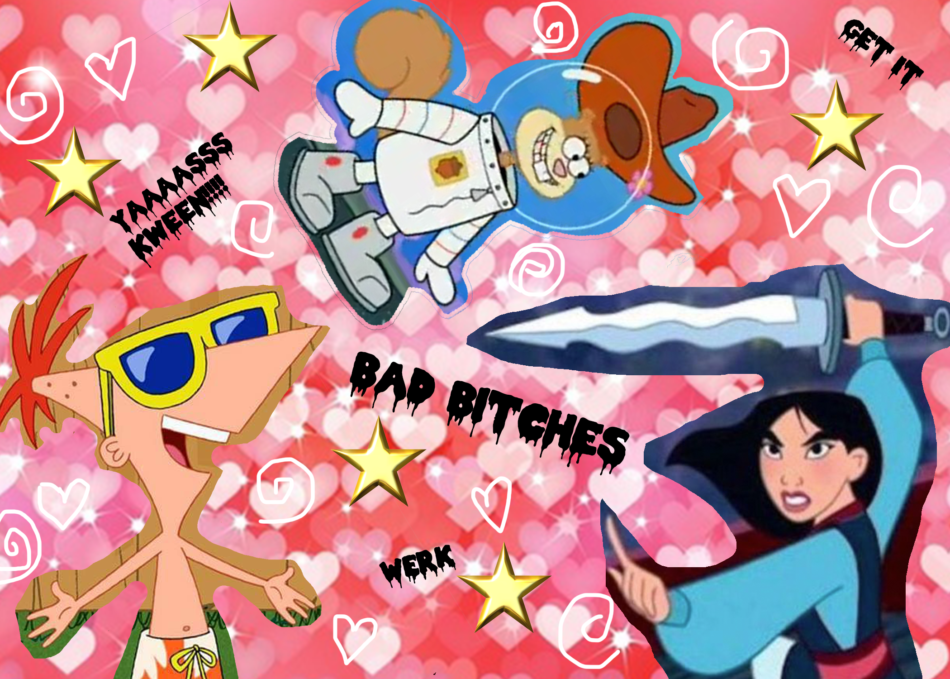 When people think of inspiration, they tend to think of people who are, well, real. The ones who have accomplished a lot in their life or have many achievements such as medals and trophies. While those things are important and cherishable, inspiration can come from cartoon characters as well.

These made-up characters can teach a lot of valuable lessons to children and adults that may go unnoticed. This is my list of my three most iconic cartoon bad bitches who inspire me to be my best self.

First is Phineas from the Disney show “Phineas and Ferb.” Just watching what he does on the show makes him a badass character. He and his brother, Ferb, build the impossible while his sister, Candace, tries to tattle on them to their mom. By the end of the episode, they achieve their goal, and they don’t get caught — so they do it all again the next day. Phineas and Ferb have built inventions like a rollercoaster in their backyard. They have time travelled (twice) and go to Mars.

Despite his awesome and mind-blowing achievements, Phineas inspires me because of his optimism. Whenever he and his friends are in a problem, Phineas always says something positive and thinks of new ideas to solve them. Plus, Candace is always trying to get them in trouble and ruin their plans, but he never seems to let it bother him.

Another character who is a bad bitch is Mulan. She inspires me to be my best self by proving to others that she can do spectacular things as a woman and overcome adversity. Around the fifth century B.C. and only 16-years-old, Mulan went into the army so her father wouldn’t have to.

During that time, conscription notices were requiring one man from each family to join the army. Mulan worried about her father’s health and being a veteran. So she took his armour and cut her hair, then left in the middle of the night so her parents couldn’t stop her. Throughout the movie, she proved to be one of the toughest soldiers. Mulan is a badass for risking her life to save her father, risking getting caught as a woman in the army, and for literally kicking some ass as well.

When I was younger, one of my favourite TV shows was “Spongebob Squarepants.” Out of all the diverse characters in this show, Sandy Cheeks is one of the baddest bitches of them all.

The Texan squirrel does the unthinkable by building her home at the bottom of the sea. But despite her great accomplishment, she radiates positive energy to her friends like Spongebob and Patrick. She’s always there for them when they have a problem. Sandy inspires me to be my best self and a great friend to turn to.

Since we are stuck more at home because of COVID, maybe I will find more badass characters from cartoons or other shows. Time will only tell.