How bidding wars, homes selling over listed price, low-interest rates, and a global pandemic are affecting the market 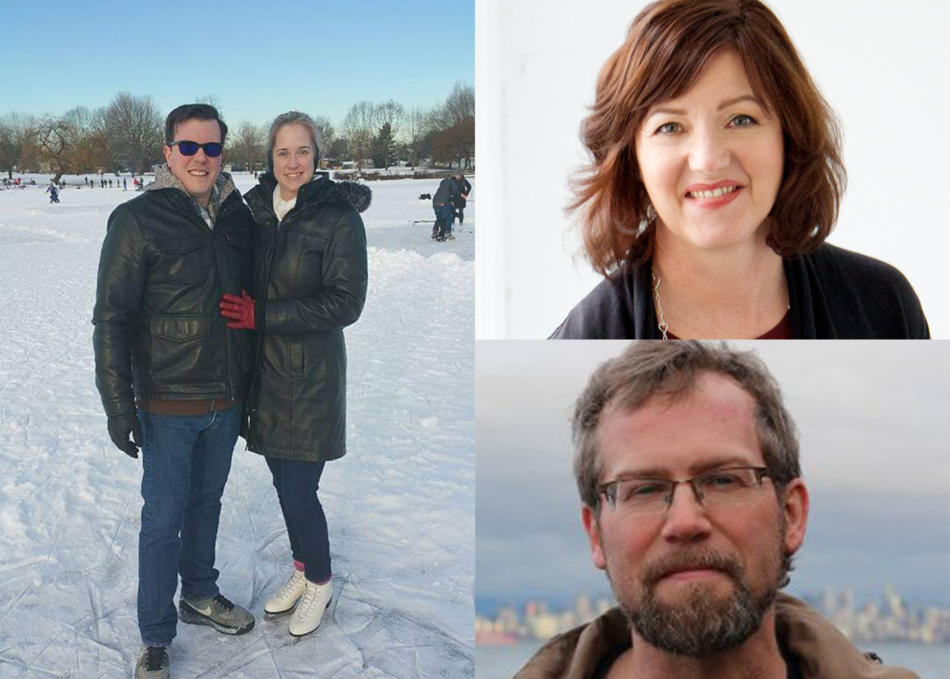 Many of our parents lived the epitome of the Canadian dream. Land a good career, start a family and purchase their own home. Decades later, owning a tiny piece of Canada is no longer a dream but a fantasy for many younger generations priced out of a market that has exploded.

While the upward trend of housing prices has been a reality for years, the onset, COVID-19, was seen as a firehose that might’ve doused and cooled off a raging real estate inferno. But, it defied expectations, and the problem itself is multi-faceted, which can’t be solved with a simple band-aid solution. The stories of the people currently trying to navigate it are as complex as the factors that caused it in the first place.

A view of the market across Canada

The disparity between incomes and home prices is soaring. The average sticker price for a detached home in Canada in March 2021 was $716,000, up 31 per cent from the year before. Meanwhile, “forty-eight per cent of survey respondents planning to purchase a home in the next two years say their budget is less than $500,000,” according to a recent RBC survey.

Vancouver isn’t the only city feeling the heat. All over Canada, prices are soaring. Sticker prices in prairie cities like Calgary, Saskatoon, and Winnipeg have also increased over the past year, but cities such as Toronto, Montreal, and Halifax tell a very different story. An average detached family home price increased from between 16 and 34 per cent over the last year alone.

Too much demand, not enough supply

“[When COVID struck], lots of us weren’t sure what was going to happen,” says Nathanael Lauster, associate professor of sociology and housing expert at UBC.

He says it’s probable that the pandemic caused some people to panic buy and enter the market due to rising home prices, while others waited out of caution to see what the market would do.

Lauster describes Canada’s real estate market as “adjusting,” saying we’ve experienced a “shock” in regard to how working from home is becoming the new normal and how, because of low-interest rates, it’s easier for Canadians to receive credit to buy a home. Interest rates, he adds, were kept low to keep people spending money in an economy that had been shaken.

The pandemic had a drastic effect on the market. Lauster says people who work frontline jobs and can’t work from home now have greater access to credit, but prices have climbed so rapidly that buying a home is out of reach. In addition, their incomes may have been negatively impacted. Meanwhile, people who previously owned homes and can work remotely have seen the value of their homes increase dramatically.

“The interest rates were the spark,” he says.

Canada currently has a sellers market, meaning there are more buyers than sellers, and buyers must compete against each other for a home, sometimes igniting a bidding war.

To encourage this, some sellers will intentionally list their home below value to drum up interest and get prospective buyers into a bidding war. Multiple buyers will put in offers and try to outbid each other while the price climbs. During a bidding war, buyers know how many other bidders they’re up against but are unaware of the top offer.

In the current market, homes often receive multiple offers and can sell for tens — if not hundreds — of thousands of dollars over the listing price.

Lauster says another big driver of prices is the concept of “wealth,” especially in wealthy cities like Vancouver, where the wealth of the buyers doesn’t match local incomes. “Wealth” is non-income money that people can access, such as an inheritance, financial support from parents, and the equity in property they already own. He says it’s often under-examined, poorly tracked, and not directly taxed, but it’s available for people to access to buy a home.

“That enormous source of wealth that we already have in Vancouver enables people to buy more property, or to buy property for their children,” says Lauster.

Lauster says cities like Vancouver and Toronto have constraints on how much housing can be added. In Vancouver, zoning laws dictate what land can and can’t be used for housing developments. Most of Vancouver’s available land is reserved for agriculture, is environmentally protected, or reserved for recreational space.

“Right now, we’ve got a lot of constraints on how much supply can be added in places. A lot of people, including myself, would suggest it is one of the major determinants of why we’ve seen huge run-ups in prices in recent years in Vancouver and Toronto.”

Due to increased demand and disrupted supply chains, the price of lumber has tripled. The onset of the pandemic saw people staying home, so homeowners were tempted to renovate. But from new home construction to building a fence, this meant new builds and renovations are costlier, often by thousands or tens of thousands of dollars.

“The folks on the upper-side of the market…they can’t spend their money on that many other places right now, so a lot of what they’re doing is spending their money on renovating their existing housing,” says Lauster.

On the other hand, the rental market has eased up a bit, and Vancouver’s vacancy rate has increased to approximately 2.5 per cent. This is attributed to fewer international students and people trying to enter the housing market due to low interest rates, says Lauster.

“Millennials were the least likely to be optimistic about buying in the current market [at 30 per cent],” according to a recent BMO survey. This sentiment was felt differently across the country. First-time buyers in the Prairies felt more optimistic about the market, while new buyers in Ontario, B.C., and Quebec felt the most pessimistic.

Michele Collins is a Vancouver-based realtor with Royal LePage Sussex, and her career spans over thirty years.

Working from home has been an important factor for Collins’ clients, as are low-interest rates and supply and demand. While it’s been a trend for several years now, and since the pandemic began, Collins has noticed an uptick in people moving away from downtown city cores and into more affordable and spacious homes in the suburbs.

For detached homes, in particular, Collins has also noticed a surge in properties receiving multiple offers and selling considerably over asking price. She herself does not recommend it but adds it’s become “necessary” for buyers to make offers with no conditions in order to stand out, especially in multiple-offer type situations.

“It’s the matter of finding the right price, market value, and creating an opportunity for multiple offers through the way it’s marketed,” says Collins. “But I would not underprice something to create a multiple offer.”

Collins is selling a healthy mix of residential properties, from townhouses and condos to detached homes. Likewise, her clients range from homeowners looking to buy a bigger home, first-time home buyers, people wanting to stay in Vancouver, and those looking to the suburbs and Vancouver Island where their dollar has greater buying power.

“It always has come down to supply and demand,” she says. “They’re not really building any more single family homes in existing neighbourhoods, so the supply isn’t increasing and the demand is there.”

Kathleen Fyffe is a continuous improvement specialist working in an environmental laboratory. They also just bought their first home.

For Fyffe, purchasing a home was a mostly online experience, and COVID made it an “arduous process.” During some viewings, they had the house to themselves, but back-to-back showings had them feeling rushed through. With others, they could take their time and wander through the house, but with social distancing, mask-wearing, and sanitizing precautions in place.

At the time, Fyffe’s parents were also looking for ways to save money, and so Fyffe and her parents began looking at properties together. Fyffe and her husband went from renting a basement suite in Burnaby to purchasing a unit in a duplex in Coquitlam, which they share with Fyffe’s parents.

“That’s what made it possible for us to consider purchasing in the Vancouver market,” says Fyffe. “Our basement suite was too small for us. I mean, it was great for starting off on a marriage, but it was very tiny, and then we were hoping to start a family.”

“We were looking in Burnaby, and Coquitlam and the Tri-Cities, but the amount of house that you can get in Coquitlam versus Burnaby was much more,” Fyffe adds.

The process was not without its challenges. They began house hunting last spring and bought in summer but, due to delays, closed in the fall. The seller’s realtor was difficult to work with, and repeated extensions pushed the possession date back eight weeks. Eventually, Fyffe purchased $5,000 over-ask and competed against two other offers.

“Start small, get in as soon as you can, research the crap out of it, and find a realtor you can really work with,” says Fyffe.

Possible solutions and advice for buyers

Between an increase in supply and interest rates, Lauster does expect to eventually see the housing bubble burst. He cautions that it’ll be tricky in Vancouver due to fewer detached family homes being constructed.

“Certainly if interest rates rise again, we will see an easing effect on the housing market,” says Lauster. “It’s harder to get access to money to buy a home, then home prices will decline.”

In his opinion, the solution for regulating housing prices is simple on paper but challenging in execution.

Adding more new housing is his biggest suggestion for combating the volatile real estate and rental markets. However, he notes it’s easier to add apartment buildings and condos than detached family homes.

“We don’t really expect a great deal of supply to come on unless we do some things that are really politically tricky,” says Lauster. “[Apartments are] where we can do a lot in terms of dropping those prices down.”

Collins adds that sometimes her clients plan to wait another year to save money, but she advises against it, saying the market is growing faster than people can save and that the starter home doesn’t need to be the forever home.

“Buy the most you can in the best location, and build up from there,” she says.

Lauster also recommends that new buyers look at condos, which are more accessible for homeownership, and housing cooperatives, which is a medium between renting and owning.

He says we need to continue investing in the rental market as it provides access to housing and equality as a human need, rather than ownership as an investment.

“We do put a lot of emphasis on ownership…at the same time I think sometimes that comes [with] a stigma on renters, and I do think we really should be removing that stigma for renters, in terms of ensuring people don’t feel like failures because they’re renting in life,” says Lauster.

“It really is more difficult for young people today to become homeowners than it was for their parents or their grandparents.”