The last person I want representing me, a lesbian, is an MP who doesn’t want to ban conversion therapy 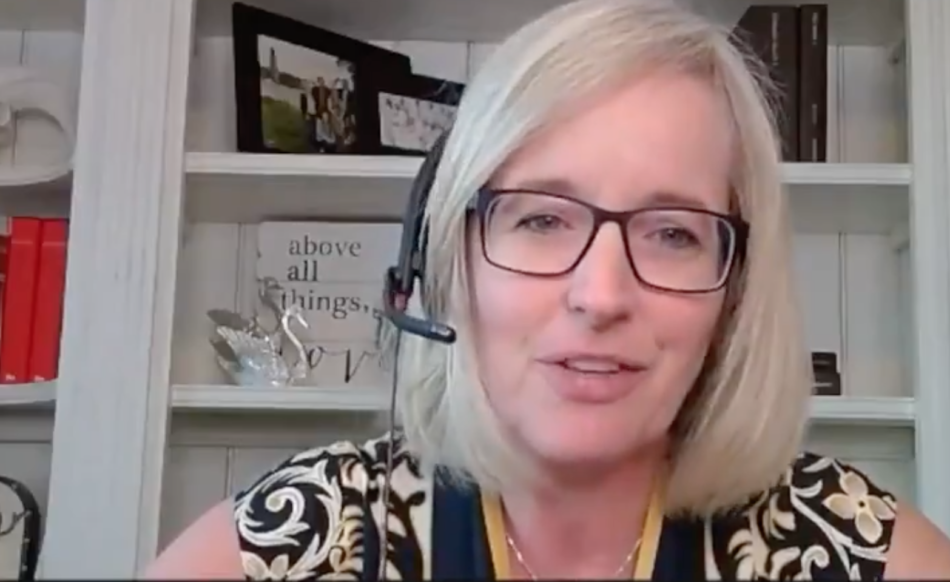 Tamara Jenson, Cloverdale-Langley Conservative Party MP has been criticized for her opposition regarding a ban on conversion therapy. (Screenshot/ House of Commons video feed)

After happening upon a viral Tik Tok explaining the whole mess, I was absolutely mortified to find that it was, in fact, my local MP citing the bible and suggesting that conversion therapy could be helpful.

“Woe to you, teachers of the law and Pharisees, you hypocrites! You are like whitewashed tombs, which look beautiful on the outside but on the inside are full of the bones of the dead and everything unclean,” she said to the House.

She later apologized and said that this verse was directed to hypocrites, not to queer people themselves – but doesn’t that just feel awfully suspicious?

Why not just support the ban if you’re sorry for coming across as homophobic?

It particularly feels like a red flag because she is blocking people on social media expressing their outrage or concern.

After citing the bible, Jansen immediately launched into how a young woman named Charlotte had written to her expressing concern that the very “support” she had received could be banned.

Charlotte, according to Jansen, had been struggling with her self-worth and depression when she “reached a point in her life when she did not want to continue with her lesbian activity.”

“Her parents supported her choice and helped her find a counsellor who helped her process these feelings,” said Jansen.

What a convenient narrative to perpetuate – being counselled out of being queer or acting out queer “activity,” and even more conveniently implying that not indulging in lesbian activity seemed to cure Charlotte of her poor self-worth and depression.

Trying to correlate those two things as direct products of partaking in “lesbian activity” when they’re more so tied to existing in an oppressive environment and potentially being taught to hate yourself doesn’t look great for coming across as an ally, Tamara.

Regardless, talking to a counsellor about sexuality does not equal imposed traumatic conversion therapy, so using Charlotte’s “counselling” story as a supporting example isn’t even relevant to the ban.

Jansen, and some other Conservatives who are in opposition of the bill, claim the reason they oppose it is because of the language being used.

Their weakly woven arguments range from fearing that parents won’t be able to have conversations with their children about sexuality to claims that the definitions in the bill are too vague or too specific to capture what is or isn’t permitted.

But, of course, it isn’t the actual banning of conversion therapy that they do not support – no, no, now that would be too obviously homophobic.

John Aldag, the Cloverdale-Langley City MP from 2015 to 2019, shared his opposition to Jansen’s emboldened comment on Twitter.

“I am embarrassed for the shame brought on Cloverdale-Langley City by Tamara Jansen…. We are diverse and inclusive. Help me #FireTamaraJansen #LesbianActivity # LoveIsLove,” he tweeted.

I am deeply upset that Jansen is representing my area, the Cloverdale-Langley City region, and won’t support banning conversion therapy. It seems unheard of to me, but perhaps I shouldn’t be surprised, only disappointed.

However, I do appreciate the oppositional hashtag, which erupted on Twitter, making a mockery of Jansen’s strange phrasing, #LesbianActivity.

Personally, lesbian activity sounds great to me, and I plan on enjoying it, Tamara.