The significance of learning another language 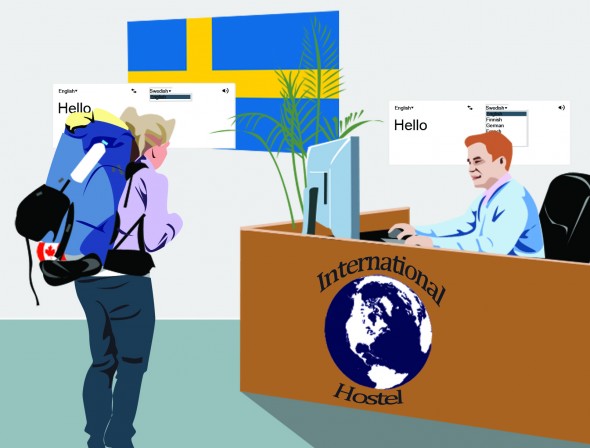 The globalization of English may have reduced some anglophones’ willingness to adopt non-native tongues. Now many English speakers ask, is learning another language really worth it?

Of course it is. Languages shape the world. They impact everything, from history, to art, to politics, to entire identities. From the most intimate viewpoint they shape the way people think, from the transferring of ideas, to the complexities of our very identities.

North American anglophones, in particular, have a bad rep for their inability to effectively communicate with others abroad. This alone is a testament to why it’s so important to learn another language. Being monolingual limits your overall experience as a traveller. It leaves tourists feeling embarrassed and inadequate when they can’t effectively communicate. This makes your experience in a foreign place feel even more removed, as if a barrier keeps you from truly experiencing the location.

While travelling, the use of another language can break down that barrier. It’s that quintessential connection that will make your trip all the more memorable, since it’s the people you meet that make the experience. It allows connections to occur more naturally, and you never know where they can take you. Even if you’re not travelling, learning any language will improve your English, since you become more aware of how language is structured and manipulated.

Being at least bilingual gives you the ability to understand, empathize, and analyze the world in ways that monolinguals cannot. There are certain intricacies that you delve into when learning a new language, including the sense of identity associated with the culture you’re learning about. The wealth of insights into a different culture can have a profound effect on several aspects of your life, including how you live it.

Knowing another language naturally makes you smarter. Studies have shown that people who know two or more languages work more efficiently because of improved cognitive abilities. It’s been proven that when your brain navigates a new language, your ability to problem-solve, make decisions, and identify details improves. Since your brain is like a muscle, it operates better with exercise, which means that your overall memory improves with the use of a foreign language. There have also been several studies that show how knowing a second language helps ward off dementia and Alzheimer’s.

While navigating through this world, it helps having these language tools, since they will never lose value. Learning another language is one of the only skills that will never be obsolete. Unlike most skill-sets, it’s not tied-down to a specific time, market, or nation. It extends well beyond borders and across all intellectual spectrums. Even learning a “dead language,” such as Latin, has its benefits, since it’s the foundation for the Romance languages like Italian, Portuguese, Spanish, French, and Romanian.

While many find learning a new language enjoyable, the most practical way to look at it (especially from a student’s point-of-view), is that it will increase job prospects. It gives you a competitive edge, making you stand out amongst others with many of the same credentials and skills. Some of the other benefits of being bilingual in the workforce include, more often than not, getting paid a higher salary and being presented with more career opportunities, especially internationally.

Whether it’s for business or pleasure, you will reap the rewards of learning a new language. Communication, after all, is the key to everything.