George Heyman should come as a breath of fresh air for those who enjoy breathing fresh air
Braden Klassen, Photo Editor 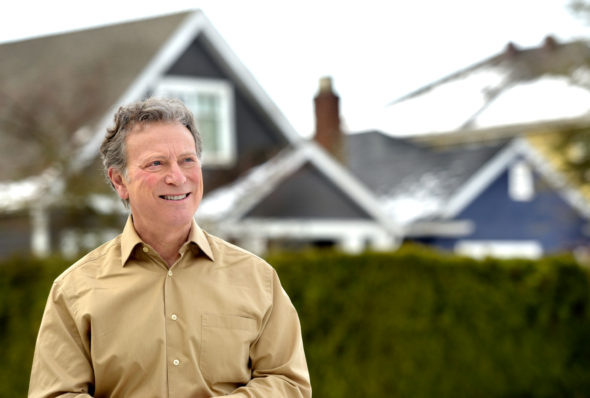 George Heyman is the new Minister of Environment and Climate Change succeeding Mary Polak, who served as the environment minister for the Liberal Party since her appointment in 2013. Heyman has been the NDP MLA representing the Vancouver Fairview riding since he was elected in 2013, and has also held the position of Opposition spokesperson for the Environment, Green Economy and Technology.

Heyman should be seen as a significant improvement from Polak for those who were concerned that the Liberal Party’s efforts to address environmental issues were insufficient. Her previous involvement and experience relevant to environmental issues was practically non-existent before she was shuffled into the Cabinet position, although Polak had worn several ministerial hats before her appointment.

That may be why it felt like the party’s decision to elect her was motivated more by the necessity of filling a vacant position and less by a real desire to pick a specialist who could advance progressive environmental policy. She is a loyal member of the party, and has been hopping from one role to the next for almost a decade without drawing too much public criticism. Certainly, Polak’s adaptability is a key part of sustaining her successful career as a politician, but she lacks the environmental specialization that Heyman brings to the table.

Before he was elected, Heyman served for three years as the executive director of the Sierra Club B.C., which is one of the most prolific environmental advocacy organizations in the country. This already means that Heyman is leaps and bounds ahead of Polak when it comes to past experience with and commitment to environmental causes. He also spent a long time working in forestry, and even had a near-death experience while working as a logger before he reportedly decided to take a safer job with the Ministry of Forests in the late 70s.

He has decades of experience working in the natural resource sector to add to his years of ecological advocacy, but outside expertise alone surely doesn’t guarantee that someone will be a great politician. It takes leadership skills. It takes an aptitude for negotiation. It takes a mind for strategy and a stomach for administration. And the big question is: Does George Heyman have any of these qualities?

Well, if his CV is any indication, the short answer is yes. In spades.

True to NDP culture, Heyman spent part of his early career working within a union, and he served as the head of the B.C. Government and Service Employees’ Union from 1999 to 2008. He also spent time teaching as a faculty member in the Dialogue and Negotiations program at SFU, and has guest lectured at universities. On the subject of negotiation, if the word “expert” is ever used to describe George Heyman, it is without hyperbole.

The time he spent handling union negotiations will help inform his politics while he navigates the contentious territory that comes with trying to reconcile the debate between the importance of preserving the environment and the importance of expanding the economic interests of the province.

For example, the Sierra Club clearly opposes the building of the Kinder Morgan Pipeline and the completion of the Site C Dam, and both of these are projects that the NDP has been cautiously supporting. This conflict may be the first of many that Heyman has to contend with, but compared to Polak, environmentalists can rest assured that the province is in much better hands.