Despite being delayed twice since last year, cannabis legalization will be coming to Canada in 2018 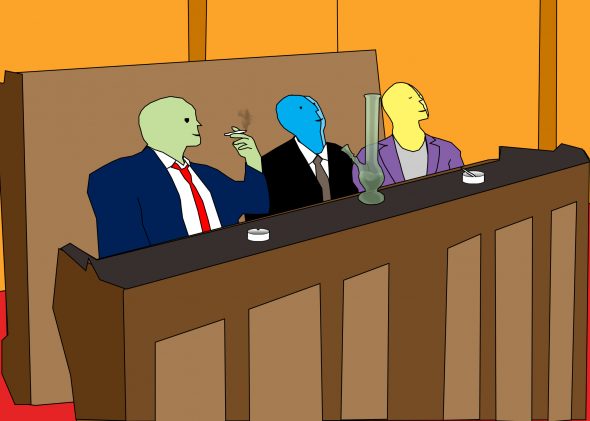 Thanks to Bill C-45, 2018 will be the year that it becomes legal for Canadian adults to buy cannabis for their personal use.

Canadians have been able to access cannabis for medical purposes since Health Canada began to regulate it in 2001, but the drug has been prohibited federally since 1923, when it was included on a list of restricted substances as part of the Act to Prohibit the Improper Use of Opium and other Drugs.

In April 2017, Bill C-45—or “An Act respecting cannabis and to amend the Controlled Drugs and Substances Act, the Criminal Code and other Acts,” but better known as the “Cannabis Act”—was first introduced and read to Parliament. The Act came to fruition after the Liberal Party’s Task Force on Cannabis Legalization and Regulation, led by former health minister and Deputy PM Anne McLellan, published its final report in December 2016.

The publishing of the report and introduction of the Cannabis Act to Parliament were the results of the Liberals’ promise to legalize cannabis during the 2015 election. Their platform explicitly stated: “To ensure that we keep marijuana out of the hands of children, and the profits out of the hands of criminals, we will legalize, regulate, and restrict access to marijuana.”

In April 2017, the government gave itself a deadline and vowed to have cannabis legalized by the first of July 2018, though debate over the bill didn’t wrap up until it was finally passed by the House of Commons in November 2017. The final vote came to 200 for and 82 against, with the Bloc Quebecois and all but one member of the Conservative Party voting against.

The opposition, though, was happy on Feb. 15 when Senate announced that it would be delaying the timeline of implementing the bill even after it receives royal assent, saying that it will take eight to 12 weeks to fully implement a new market retail system for selling cannabis in Canada.

The delay has pleased members of the Conservative Party who say that more studies need to be done on the effects of legalizing cannabis, and Conservatives in the Senate have indicated that there will probably be amendments made to the bill before it passes.

Since the final vote on the Bill to pass the Senate will be held by June 7 at the very latest, Canadians shouldn’t expect to see legally sold cannabis in their province until the beginning of August, or even September.

Barring the unexpected, little else stands in the way of the bill once it passes the Senate in June, meaning that by September 2018, Canadians will be able to legally purchase a substance that has been prohibited in this country for almost 100 years, so long as they adhere to the restrictions and regulations imposed by the Cannabis Act.

The bill will allow Canadian adults to buy fresh or dried cannabis, cannabis oil, or plants and seeds from provincially regulated retailers or federally licensed producers. People will be able to possess up to 30 grams of dried legal cannabis in public and share it with other adults as well as cultivate up to 4 plants per household, as long as they don’t exceed a height of 1 metre. Canadians will also be allowed to create cannabis products like edibles at home for personal use, as long as they don’t require the use of “dangerous organic solvents” to make them.

The federal government has suggested that the minimum age of use would be 18 but, similar to laws on the sale of alcohol and tobacco, the legislation leaves room for each province or territory to raise the age limit.