In a world that is increasingly technology-driven, KPU offers a variety of craft and old-school programs 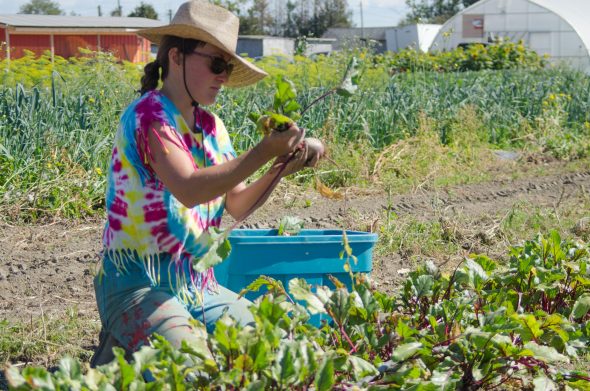 When Katherine Vreugde told her friends and family that she was going to become a farmer, they responded unanimously with surprise.

She had spent the past 10 years as an accountant, and neither she nor her family had any roots in a farmer’s field. Her professional experience was gained almost entirely in an office environment.

Vreugde is one of a growing number of professionals who are acting on the desire to get out of the office and work with their hands. In his book Masters of Craft, sociologist Richard Ocejo writes about this trend of people losing interest in working at a desk. Sometimes this means beginning a career that has been practiced for ages, and other times it means taking a modern approach to an old craft.

As a polytechnic university, KPU is well-positioned to take advantage of this trend. The university offers a wide range of specialized programs, from brewing to beekeeping, and in many cases it’s the only university in the Lower Mainland—or even the country—to do so.

This makes KPU the school of unorthodox education for students who want to avoid that nine-to-five office job and take a chance working in a field that’s unusual and exciting.

These days Vreugde can be found planting her spring seeds in trays and preparing her plot of land for the summer. In the middle of the season, she’ll be spending most of her time maintaining her plot of land, harvesting, and going to farmer’s markets to sell her goods and meet her customers.

While the work is very different from what she was used to, she says that there are elements shared between her life as an accountant and her life as a farmer. They are both about maintaining relationships with colleagues, sticking to a business plan, and project management. Still, her life today is starkly different than it was just over a year and a half ago, when she started her first year in Kwantlen Polytechnic University’s farm school program.

“I’ve always worked in front of a computer, so just being able to be outside and learn to work with your hands in a different kind of environment really appealed to me,” she says.

KPU’s farm school program is nine months long and specifically targeted to students like Vreugde who are entirely new to the farming industry. What makes it so accessible for new farmers is the fact that there are no prerequisites. The program focuses on small-scale farming and offers students a mix of in-class and practical instruction.

Vreugde is now returning to a farm in Tsawwassen to run a half-acre incubator plot of land with two other farm school graduates. She says this will allow her to keep learning while also running her own business. 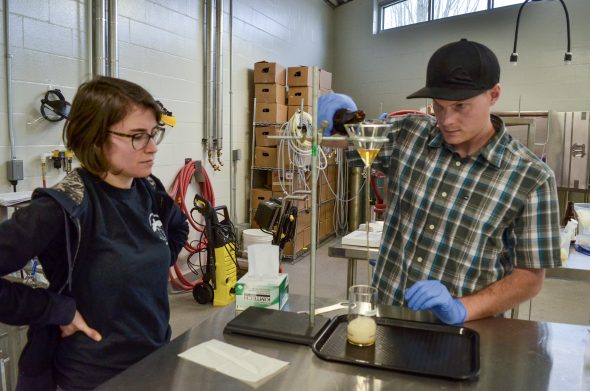 Brewing instructor Alek Egi says that it’s the combination of craftsmanship, art, and science that’s driving students into his brew lab. Egi’s background is in engineering, and—as with most of his students—it was the opportunity to use what he learned in school to create a product he’s passionate about that made him want to become a brewer.

“I always liked to do things with my hands so that sort of hands-on experience was something interesting to me,” says Egi. “At the same time I also have a science background, so I really, really enjoy the chemistry, the biochemistry, and the microbiology, which we all need to understand in order to be a good brewer.”

Egi says that all of his students had an interest in the product before coming to KPU to learn how to brew. As the craft brewing industry evolves, educated, young beer drinkers are becoming more sophisticated and inquisitive about the business of brewing. The sensory aspect of enjoying the wide range of craft beers available today often translates into an interest in the brewing process and, as a result, several of those with the right skills gravitate towards KPU’s program.

“Brewing, especially craft brewing, is a combination of both art and science,” explains Egi. “Art and expression are probably the factors that will distinguish one brewery from another. I guess that’s why people in the craft brewing industry are so passionate about it.”

Egi points out that the day-to-day life of a brewer involves a lot of hard, physical labour, and students quickly realize that it often mandates long days of work. For those passionate about beer, however, the end result is satisfying enough to make the heavy load worth it. 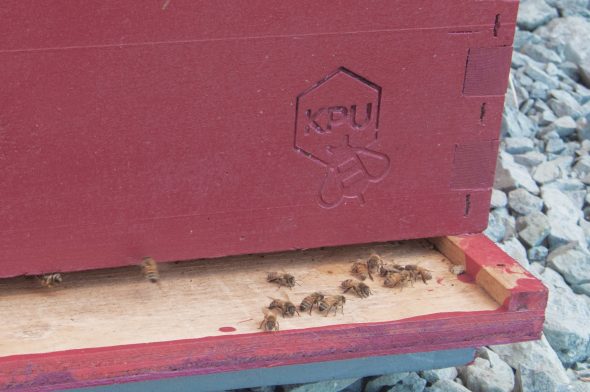 The KPU Commercial Beekeeping program is run out of the Honeybee Centre located in Surrey, B.C. (Mel Pomerleau)

Students searching for a surprisingly lucrative career that will keep them outdoors can look into commercial beekeeping.

KPU instructor John Gibeau’s family has been keeping bees since just after the end of the second world war. He continued beekeeping on the side while working as a police officer until his retirement in 2000, when he went full time in the trade. Today, Gibeau is passing his passion on to a new generation through KPU’s beekeeping program.

He says that, due to an acute shortage of bees suitable for blueberry pollination, there is a great opportunity for new beekeepers to succeed.

According to Gibeau, 300 beehives will generate $150,000 per year in revenue with a net of $110,000. Revenue for a beekeeper comes from pollination service to local farms as well as producing and selling honey. The duties of a beekeeper depends on the time of year—they feed the bees in the spring, prevent swarms from forming in the early summer, harvest in the mid-summer, and put them to bed for the winter. There’s a solid profit to be made for hard-working entrepreneurs in the field, as long as they don’t have bee allergies. 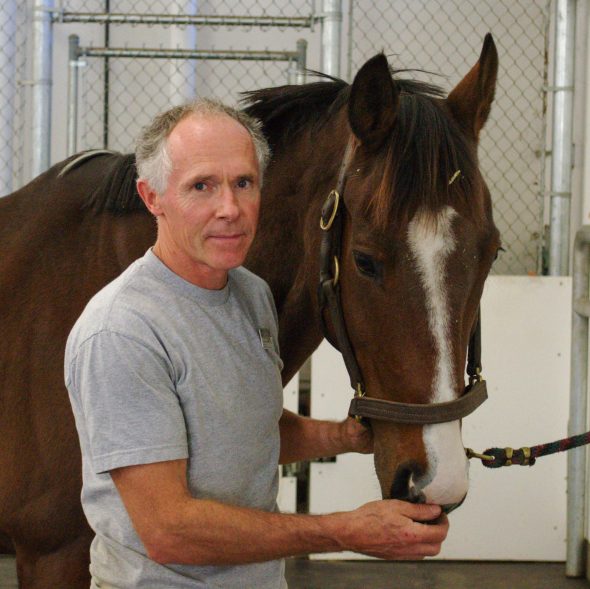 Gerard Laverty stands with one of the horses at the farrier workshop on the Cloverdale campus. (Joseph Keller)

On KPU’s Tech campus in Cloverdale, students are learning a trade that has hardly changed over hundreds of years.

An instructor in KPU’s farrier program, Gerard Laverty, has been shoeing horses by trade since the early ’70s in his home country, Ireland. Most of his students want to get involved in the trade because they enjoy being around horses or hope to be self-employed in the future.

“It’s one of those jobs that is as much art as it is science, in that you have to imagine what the hoof should look like. There aren’t very many tools that we have available that will guide you to what the true shape of the horses hoof should be,” says Laverty. “With time and experience you develop an eye for it and then it’s really performance-based. It’s essentially being a mechanic for a horse.”

Laverty explains that, in the 21st century, there are not many high-paying jobs that allow people to be around horses all the time. For horse lovers that don’t want to become veterinarians, being a farrier provides that opportunity.

It’s also encouraging that, unlike becoming a vet, students can become a farrier for less than $50,000.

“Certainly, the desire to do stuff with horses is just growing,” says Laverty. “People are so disconnected from nature that anything to do with an animal has real resonance. Those that feel that pull will make it happen one way or another.”