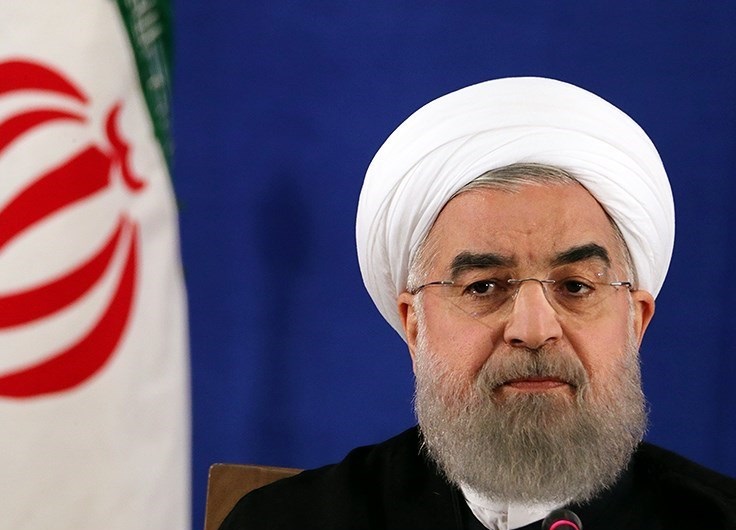 Irani President Hassan Rouhani in a press photo taken after his victory in the 2017 election. (Wikimedia Commons)

The announcement came earlier than expected, but the decision was no surprise. On May 8th, President Trump announced that the United States would be backing out of the Iran nuclear deal. This will be, possibly, the dumbest and most short-sighted political decision made yet by the President, and it will cause damage outside of their borders.

The nuclear deal, more formally known as the “Joint Comprehensive Plan of Action,” greatly reduces the economic sanctions on Iran in exchange for staying away from nuclear energy. Part of the agreement is to give the IAEA (International Atomic Energy Agency) unrestricted access to check on them whenever they please. The IAEA has since commented that they have seen no indication of Iran moving back towards nuclear energy since 2009.

It should be said at this point that one of the effects of this deal has been a greater supply of oil. Iran is an oil-wealthy country (so oil-rich that the West deposed Mosadegh for it), so the sanctions relief meant that they could sell their oil to many more countries, increasing the availability of oil, thus making it cheaper.

Trump, as he tends to be with anything remotely complicated, was vague on his exact reasons for withdrawing, but some newspapers have suggested that he was influenced by Benjamin Netanyahu’s “Iran lied” presentation.

Of the many signatories of the deal, only the U.S. has withdrawn, all other countries, especially the bigger European countries, have released statements emphasizing their continued support for the deal. Only Israel and Saudi Arabia have issued positive statements to the U.S.

In conjunction with Trumps hard-right platform, it’s hard to divorce this decision from domestic political motives. Generally speaking, there’s a vocal base in the Republican voting population that wants to see a dominant Israel in the Middle East. By crippling Iran’s economy again, and forcing them to turn back to nuclear energy and weapons, you’d also have an excuse to bomb them.

Israel’s desires are a little more geopolitical than domestic, and they are in the midst of a quiet proxy war with Iran. Netanyahu has been having a good couple of weeks, barring his corruption scandal: he gets to see the United States move and open its new embassy in Jerusalem, recognizing the ancient city as the “true capital of Israel,” which comes with another articles-worth of problems. Note that not all Israelis, nor Israeli politicians, support either move. In fact, a strong minority of Israelis believe that Netanyahu should quit, in conjunction with his legal issues.

More broadly speaking, Israel doesn’t want to have security threats on its borders, in fact, Israeli (they didn’t take responsibility, but come on) bombed an Iranian-constructed military outpost in Syria, given the missles being within range of the still-contested Golan Heights, Israel had reason to be spooked. Just like two boxers holding their firsts up and keeping distance, they’re sizing each other up, yet trying to keep the conflict from getting hot.

Iran is strongly believed to fund terrorist groups in Syria, within Palestine, and Hezbollah in Lebanon. This is all primarily as part of their cold war with Saudi Arabia – whom Israel has grown strangely comfortable with. But it’s as they say: the enemy of my enemy is my friend. Granted, this relationship still seems tenuous, expect private handshakes and possibly intelligence sharing.

However, the recent U.S. recognition of Jerusalem will cause Israel grief, as political bases in nearby Muslim-majority countries are sympathetic to the Palestinians. It certainly doesn’t look good that Israeli security killed over 50 protesters on opening day.

Israeli opposition towards the Iran deal usually tries to argue that the deal is weak because it “just delays” their path to nuclear energy, but their issue might have more to do with their ability to take in more revenue as a result of sanctions being dropped. Revenue that can be used to fund a military.

Iran, for its part, originally accepted the deal quite begrudgingly, but it has a lot of support today. After all, sanctions have a tendency to hit the average citizen much harder than the political class.

Though both the Ayatollah and the President of Iran have issued angry statements, though they say that they are ultimately committed to the agreement. Given that China and India continue to import a massive amount of oil from them, their economy might not be hurt too badly.

Another factor requiring consideration is that the Iranian political class, and its citizens still have the Iran-Iraq War still fresh in their memories from when your parents were listening to Michael Jackson. Everyone in the Middle East knows their region isn’t stable, and is doing what they can to keep things as cool as possible, such as strengthening their economies.

The U.S. withdrawal from the Iran deal is short sighted, and will lead to further destabilization. Trump’s reasoning is thin and vague, as he tends to be, and the only thing that seems to make sense is that he’s going for a short-term political boost by appeasing the extreme Christian wing of his party. It also doesn’t help that he has officials in his ranks who want to see regime change in Iran. It’s also telling that the only other countries that support his decision are Israel, and the handful of countries that are within Saudi Arabia’s sphere of influence.

The U.S. has no semblance of a strategy for statecraft in the Middle East. If they want to avoid another war, this is one step in the wrong direction.