University officials say the 15 per cent increase was a necessity, but student representatives feel there should have been greater consultation 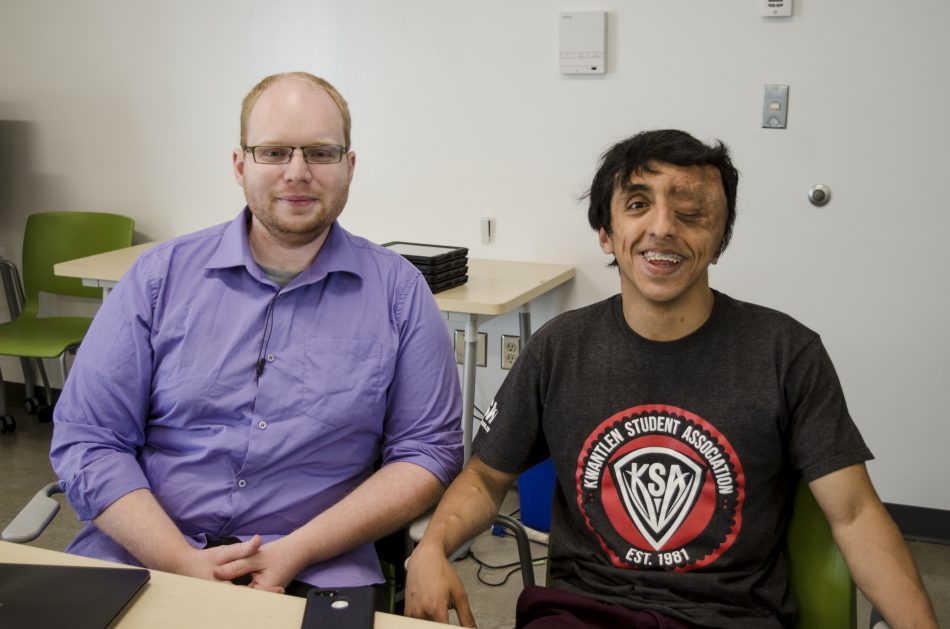 When the KPU Board of Governors voted on March 28 to raise international tuition by 15 per cent, they received an immediate backlash from members of the Kwantlen Student Association. By April 5 the KSA had released a statement saying that it was “disappointed” with the increase in tuition, and with the fact that the Board did not consult international students before voting.

In order to facilitate a conversation about the increase to their tuition, the KSA’s vice-president university affairs Murdoch de Mooy organized a drop-in consultation session for international students on May 28. Although there were only about a dozen students in attendance, many more voiced their opinions online. De Mooy says he plans to present the data he gathered, with no names attached, to university administration for discussion and review.

He also notes that many international students he talked to didn’t fully understand how the increase would affect them, and that they were worried they would have to pay the full 15 per cent increase starting in September.

In fact, only new and re-admitted international students will have to pay the full 15 per cent for the upcoming fall semester. Those who are currently enrolled at KPU will have their fees increased by 7.5 per cent this fall, with a further 6.98 per cent increase coming in September 2019.

“Some of the students didn’t understand this,” says de Mooy. “They didn’t know, so having this consultation is important to ensure that they’re informed and not feeling thrust upon.”

“No one expected this increase,” he says. “Our parents will pay our fee increases, so you can imagine that international students go back to their home countries and say that their fee increases by 15 per cent—it’s very hard for their families to digest this.”

According to the KSA’s press release, the 15 per cent increase in fees will cause international tuition to rise from $572.20 per credit to $658.03 per credit. This totals $19,741 for international students taking a full course load during the fall and spring semesters. By comparison, domestic students pay $139 per credit.

To help those who will be struggling to pay for their education as a result of the raise in fees, Sabharwal suggests that KPU offer better financial and emotional supports for international students.

Another international student, Karan Saggu—who hopes to run for a position on KSA Council in the fall—is currently relying on student loans to get through university and is unsure of whether or not he will be able to adapt to the increase alone.

“I’ll probably have to ask my parents, and they’re not really rich either,” he says. “My parents are from a middle-class family, so I don’t know where they are going to get that money from.”

De Mooy believes that a driving reason behind the Board of Governors’ decision not to consult with students before raising international tuition was because they knew there would be significant pushback.

“They believed students would just say ‘no,’ so they thought it was irrelevant to ask students’ opinion on it,” he says.

KPU’s provost and vice-president academic, Salvador Ferreras, says that the university voted to increase international tuition to maintain a high quality of education for its student body.

“The provincial government doesn’t give us one penny for international students. They only pay us for a delivery of a certain number of [full-time equivalents] for domestic students,” he explains. “Anything that we do beyond that is something that we have to raise money for. There’s no other source from which to find that funding.”

Paying for services such as academic advising, the multi-faith centre, and peer tutoring also puts financial pressure on the university, says Ferreras. In particular, he cites staffing the learning centre and the KPU International office, as well as compensating recruiters and agents abroad, as motivations behind the vote to increase tuition.

Recruitment officers for KPU work in various markets around the world—such as those in India, East Asia, and the Middle East—to “liaise with various agents and do orientation sessions for the agents and for prospective students in those countries,” according to Ferreras. Some of their duties are to attend post-secondary fairs, hold workshops on how to enrol at KPU, and help international students get their paperwork prepared in order to come to Canada.

Even when they do arrive in Canada, KPU pays for further support for students who don’t have a place to live or an understanding of Canadian education and culture.

Ferreras points to the university’s upcoming Vision 2023 document—which lays out a series of goals for the administration to meet over the next five years—as an example of how KPU expects to offer more facilities for international students in the future.

“In the academic plan there’s a whole section for international students and how we’re going to support them,” he says. “In order to do that, however, we need some more money. We need some more resources, and we think that—if they have that much of an interest in our institution—they’ll be willing to pay a little bit more to ensure they get the quality that they’re looking for.”

Although he acknowledges that there was no official, open consultation offered to international students at KPU about the tuition increase, Ferreras says that information gathered by employees like advisors and staff working at orientation was kept in mind while the Board of Governors deliberated on raising international fees.

“We don’t survey them; we just talk to them directly,” he says. “The administration, at certain times, has to make decisions that are unpopular. One of those unpopular decisions at all institutions is having to raise tuition.”

KPU is not the only post-secondary institution in the province that has recently raised the price of tuition for international students. On March 20, a little more than a week before KPU’s Board of Governors voted, the Board of Governors for the University of Victoria passed a budget that will raise tuition by 20 per cent, with another budget proposed that will raise them a further 15 per cent next year.

According to an article in The Globe and Mail, the University of British Columbia raised tuition for international students by more than 10 per cent for three consecutive years, finally slowing to a two per cent rise in 2018.Ferreras affirms, however, that he and his colleagues on the Board of Governors did not consult with these institutions before raising international tuition at KPU.

“We made this decision based on our needs for our students,” he says. “We get less government funding per the body of students than we would expect. We’ve brought that case to the government many times and it seems like something that’s very difficult for them to do at this point because we’ve become a very big institution, and I’m not sure what their plans are on a provincial level. Nevertheless, we have cost pressures because of that.”

International enrolment, both at KPU and across Canada, has increased dramatically over the last decade. Between 2010 and 2015 alone it rose by 68 per cent at KPU, with most of those students entering into the Faculty of Business. These high are numbers are due in part to a 2012 provincial mandate called the International Education Strategy that intended “to position the province and its residents to benefit even more from the social, cultural, and economic opportunities that flow from international education activities.”

Earlier this year, KPU made headlines when it announced that it would place a cap on international enrolment for the rest of 2018 due to the unprecedented number of applications it received in January and February alone. At the time, Ferreras told The Runner that the university hoped to focus on providing the international students it had already accepted with the best education possible.

While de Mooy says he empathizes with the position that KPU is in, he believes that the university still should have consulted directly with the international student body before raising their tuition.

“My main concern was that people weren’t feeling listened to,” he says. “As the Kwantlen Student Association, we want to make sure that every student doesn’t feel like they’re being ignored or somebody’s just trying to steal their money.”