Virtual Reality Gaming is an Alternative For Traditional Exercise

Becoming a musical Jedi has helped keep me fit 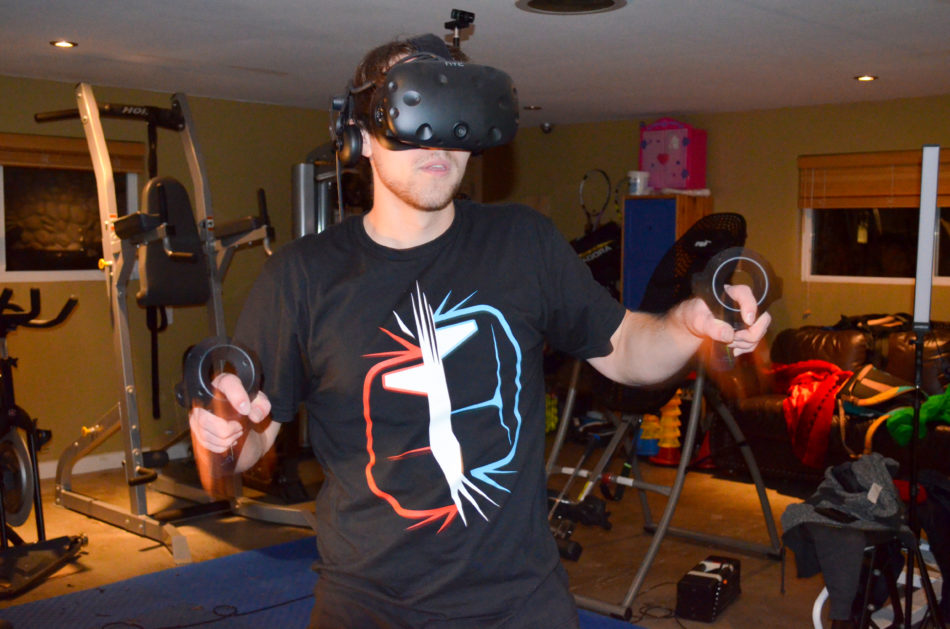 VR games can be a fun way to exercise. (Kristen Frier)

I have been an avid gamer for most of my life, but for the first time, gaming is keeping me in shape.

I’ve only had a virtual reality system for a couple months now, but my current personal favourite virtual reality game—as well as my favourite video game in general for the past five months—is Beat Saber, a rhythm game where you slash incoming blocks with lightsaber-like swords in each hand to a given beat. Try to imagine Dance Dance Revolution mixed with Fruit Ninja in a Tron-like aesthetic.

Included in the game is a great soundtrack that’s easy to lose yourself in, as each song has different levels that both newcomers and experts can enjoy. All levels have online leaderboards where you can compare scores with friends as well as hundreds of thousands of players around the globe. Due to my competitive nature, it became quite addicting to watch my rank slowly but surely climb higher, pushing me to physically try harder and harder on each attempt.

Beat Saber has been my primary source of cardiovascular exercise for the past four months, and I’m feeling more healthy and fit than I ever have been. The scoring system in the game rewards large physical movements, making it more similar to traditional sports than competitive video games of the past. Beat Saber reportedly burns between six to eight calories per minute for players of average game skill, with the potential for moderately higher calorie expenditures at higher levels of play, according to The Virtual Reality Institute Of Health And Exercise.

These numbers can be compared to tennis, the sport that I used to play before heavily diving into virtual reality and the world of Beat Saber.

It’s easy to get immersed in the game and work out without even realizing it. Personally, I play for an average of two hours every day and have found myself wishing many times that my body could rest up faster so I could play more before going to bed. The gamification of exercise is a powerful thing, as setting high scores is the main goal, with fitness coming as a byproduct of playing the game.

According to a study by the Journal of The American College of Cardiology, listening to upbeat music can extend workout lengths by 11 per cent on average. This makes sense to me, as the groove of the music dulls the feeling of my arms getting tired over time, unlike my time in the past spent playing tennis.

One top Beat Saber player known by his online handle, Deno, has spoken online of how he has lost 65 lbs since first purchasing the game.

“It would come [as] no surprise to me if this game has literally saved my life,” wrote Deno, on his Twitter.

With advancements in virtual reality hardware and its uses in many fields—from architecture and engineering to art and storytelling—as well as the development of truly revolutionary games and immersive experiences such as Beat Saber, virtual reality is becoming mainstream. As VR adoption continues to rise, I am excited to be able to witness a new generation of exercise and fit gamers world wide.