After Four Years, KPU’s Beekeeping Program is Still Buzzing Along

According to instructor John Gibeau, it’s the only program in Canada that teaches students how to run their own bee farming business 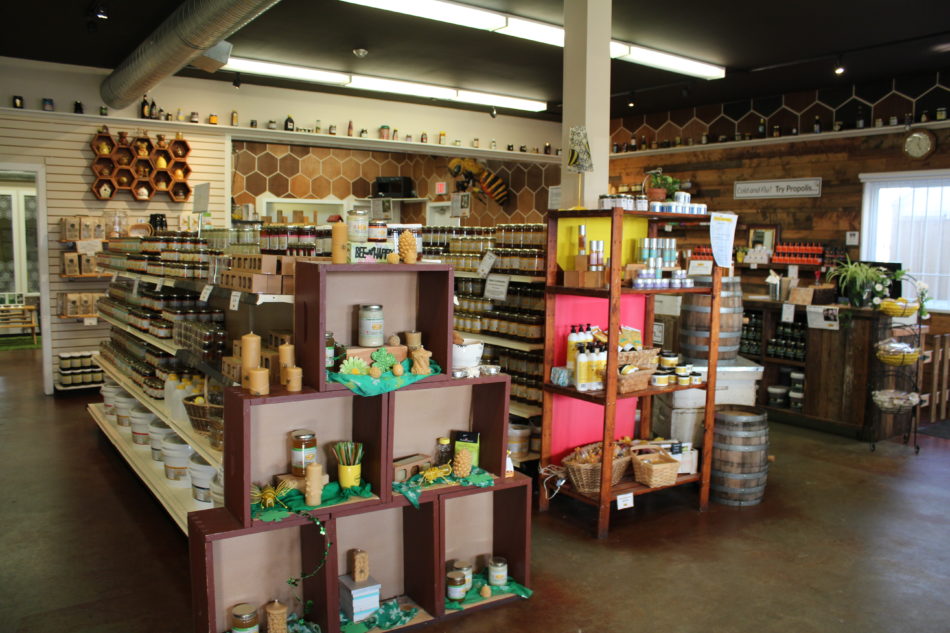 A variety of honey and bee-related products can be found at the Honeybee Centre. (Kristen Hui)

After 52 years as a beekeeper, John Gibeau saw an opportunity to create a commercial beekeeping program that would help meet British Columbia’s need for honey bee pollinators. He began working with Kwantlen Polytechnic University to develop it after founding Surrey’s Honey Bee Centre in 2000.

This spring marks the fourth year of the beekeeping program. Approximately 35 students have graduated so far, and alumni can be found working locally as well as in New Zealand, Scotland, and even Hawaii.

Gibeau says that if beekeepers “are strong and healthy, employment is virtually guaranteed [after graduation],” and that “there is a high demand for beekeepers in the world.”

Genevieve Olive, a graduate of the first cohort of the program in 2016, now works as the KPU assistant beekeeper. She entered the program in her early forties, after working as a horticulturist for 23 years. Her passion for beekeeping stems from a desire to be more in touch with the earth.

“You’ve really seen a generation of a lot of tech, a lot of large corporate jobs, and so I love to see these students coming in who are now focusing on something different [and] learning what our environment is all about,” says Olive. “It’s amazing when I am with a student and they realize that so many [bees]—not just honey bees, but our indigenous bees—are landing on flowers, and without pollination those fruits would not exist.”

According to the CBC, warm weather has lead to an increasing amount of hive and colony destruction across the province. Gibeau, however, remains positive about the future of bees and beekeepers.

“If climate change causes warmer temperatures in the Northern hemisphere—which it looks like is happening—then a warmer earth will be very good for honey bees because they are not indigenous to North America,” he explains. “They have a hard time with the cold, so if it gets warmer each year, then our bees will do better each year.”

Gibeau says that for the past 15 years or so, bee losses across the world have remained mostly consistent, with an approximate 30 per cent loss in bee hives occurring each winter.

“If you go into winter with three hives, you should plan on one dying in the winter … and then in the spring you have two bee hives that are alive and you can make four beehives out of each one if you have to, so you can go from two beehives to 10 in the spring without a problem.”

People who would like to do their part for bees can help by using natural pest controls such as soap and water rather than chemical sprays in their home gardens. They can also plant varieties of flowers that bees like, or take up amateur beekeeping in their spare time.

“To say, ‘I got this beeswax for this cream from the bees that I look after,’ I think that’s a really wonderful way to live,” says Olive, adding that the KPU beekeeping program “gives you an edge on something that most people don’t ever have an opportunity to see.”