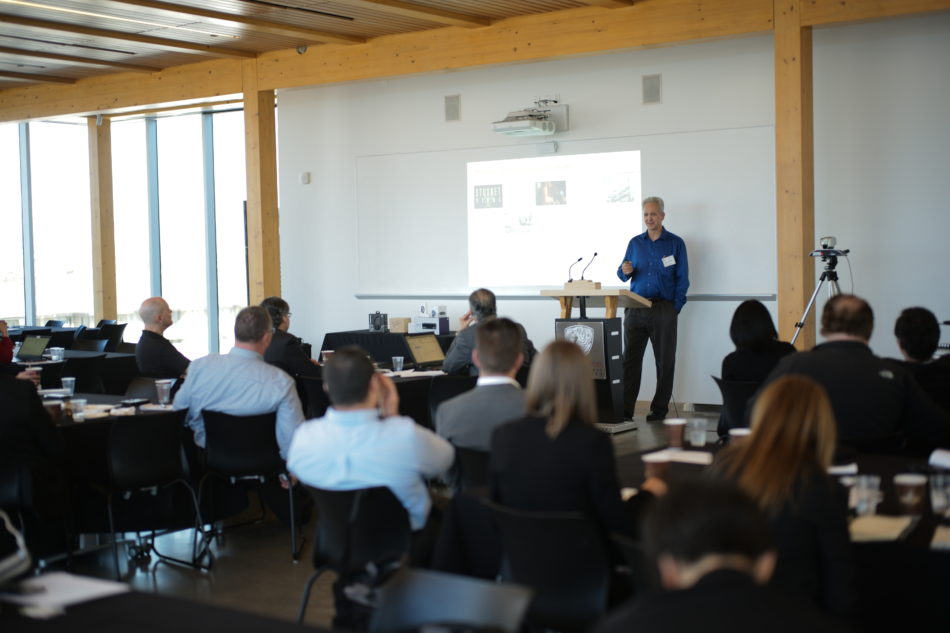 For the fifth year in a row, Kwantlen Polytechnic University hosted the Symposium on Cyber Security and Digital Forensics with the Institute of Electrical and Electronics Engineers Vancouver. Considering that nearly everyone has experienced data breaches, even with impacts as small as needing to reset their password, it’s hardly a surprise that such an event would be as well-attended as it was.

Among the guest speakers at the event, held on March 29 at KPU Richmond, were internet security specialists from BCIT, the RCMP, the City of Surrey, Coast Capital Savings, and the University of Glasgow, as well as KPU itself.

Many of the discussions focused on the ways in which institutions and businesses can create workplace cultures that decrease the likelihood of a security breach taking place.

“The field itself changes so rapidly. What would have been considered important for cybersecurity a few years ago is different from what is happening today,” says Dr. Deepak Gupta, Associate Vice President of Research at KPU. “20 to 30 years ago, we didn’t have iPhones and cell phones. Today, a lot of cybersecurity is focused on mobile devices and technology we use in our homes that’s connected to a network, so our approach at KPU, obviously, will keep changing.”

Robert Ball, Director of Network Operations at KPU, says that both companies and universities need to be aware of internet security.

“It’s turned into something that’s on your risk register,” he says. “It’s a risk that, more often than not, companies and our institutions need to pay attention to.”

Ball’s talk revolved around making a collective effort to get everyone in an institution on board with internet security and having empathy for those who might have less experience with computers. He notes that if someone makes a mistake, it could lead to a data breach.

“Each individual, university, or institution has different critical data,” he says. “In universities there’s research data. Either you’re using data that the university is looking at or you’re bringing data in from outside agencies, so you need to make sure there’s protections around that.”

Ball also notes that personal information and online access for students and employees could be at risk without taking the proper precautions.

“Information security events might hamper that, because there could be an outbreak that we need to shut down,” he explains.

Around the world, more and more people are growing aware that cybersecurity is an issue. In September, Facebook faced a data breach that exposed over 50 million accounts. This information can potentially be used for identity fraud, and such data can sell for high prices on the black market.