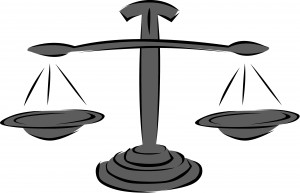 Among the proposals made during the course of the meeting was one proposing that the social justice fee be reduced to 5 cents per credit from the initially proposed 10 cents per credit, says McIntyre.
Sadly, even this compromise was not enough in the face of the limit of 15 per cent total student fees imposed on new Year One funding, as well as competing priorities such as the SUB fund. As a result, dedicated Social Justice funding was axed.

This was the last straw for McIntyre, who immediately resigned his post as Students with Disabilities Liaison. McIntyre said this decision would “essentially [push] back the implementation of dedicated social justice funding for at least two years or longer.”

Also, the Social Justice Centre space in the Surrey KSA offices faces possible replacement by office space in support of the expansion of various other Year One programs, despite it being a “priority,” says McIntyre. In place of a “physical space,” McIntyre adds, “low-end laptops” would have been provided to each Liaison.

The Social Justice Centre, located in the KSA office on Surrey campus, was a hub for the liaisons’ operations. In addition to administrative duties, these included providing resources and services pertinent to each liaison. The Disability Liaison provided referrals to disability services and advocacy, while the Queer Liaison provided, among other things, literature pertaining to queer issues. The office also provided a meeting space for organizing and facilitating activities pertaining to social justice.
In light of these issues, McIntyre says that while he still has “faith” in the KSA to support the Social Justice liaisons and programs, he feels they are currently only paying “lip service” to the cause.