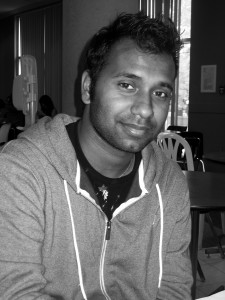 Kwantlen has been implementing programs, updating their bathrooms, and putting money into research to become a greener institution.
The latest success in their quest to be greener is the grand opening of the Institute for Sustainable Horticulture’s research building.
The building, and the program itself, is just the beginning of Kwantlen’s contributions to the environment.
Kwantlen has won several awards and grants over the past few years because they have made the effort and taken the appropriate action to become a greener institution.

“We are the only post secondary institution in the province to have been awarded ‘Excellence in Energy Management,’ BC Hydro’s highest award,” said Karen Hearn, Kwantlen’s Director of Facilities, via email.
This award is “somewhat like winning best picture at the OSCAR’s,” she said.

Kwantlen has set a goal to reduce electrical consumption by 45 per cent and natural gas consumption by 25 per cent from 2000 by the end of 2010. They have made 95 per cent progress towards their goal “based on the ekWh unit of energy,” according to Hearn.

BC Hydro has conducted independent reviews on Kwantlen’s electrical reductions, and recognizes the institution for making changes to be more environmentally friendly.
“Each year our accomplishments are reviewed to confirm the continued privilege of identification as a Power Smart Leader which we have been since May 2004,” Hearn said.
One way Kwantlen is becoming greener is through updating their buildings. The recent library expansion at the Surrey campus has made the building 74 per cent more energy efficient and it now “has a 91 per cent reduction in Greenhouse Gas Emissions,” said to Hearn.
Other buildings that have been updated in recent years to be more environmentally friendly include the Building D expansion at Surrey campus, which was completed in 2006, and the Cloverdale campus, which was completed in 2007, according to Hearn.

Kwantlen has been using green cleaning products for several years, and no pesticide is allowed in campus landscape maintenance, she said.
The building and facilities themselves at Kwantlen may be environmentally friendly, but the recycling program could use an update.

Kwantlen recycles things such as old tires, used antifreeze, kitchen oils and fats, printer and toner cartridges and metal to name a few, although most students seem to be unaware of this.
There are recycling bins for paper and drink containers scattered throughout the campuses.
The recycling program is not currently being promoted, and has room for improvement.

“Two major areas for improvement include the upgrade and visibility of recycling stations, and awareness of what can and is being recycled,” said Hearn.
Kwantlen has “an opportunity to upgrade our recycling containers and improve our signage,”  which is a priority project, she said.
Students agree that the school needs a better system for recycling.

Kwantlen “definitely needs a better recycling program,” according to Krishan Walia, a fourth year Science student who is visiting this semester from UBC.
“You need those sectional [recycling bins],” he said, “UBC has them everywhere.”

If Walia is unable to find a recycling bin at Kwantlen he usually puts it on the side of the garbage can, he said. He admits that it most likely ends up in the garbage from there anyways.
Students tend to recycle more when it is convenient for them.
“I wouldn’t walk a long way to recycle,” said Karel Jayasinha, a first year Engineering student.
Jayasinha recycles “if it is convenient,” he said.

“There’s a lot of blue bins everywhere,” Jayasinha said, but upon reflection he realized that not as many of his classrooms had recycling bins as he thought.
Some students are keener about saving the environment.

“I usually [recycle] if I see a place… and yes global warming does exist,” said Anna Peregoudov, a first year Anthropology student.
She says she recycles “to save the planet,” and considers recycling to be very important.