Kwantlen gets less than 100 Olympic tickets 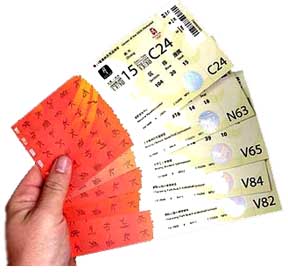 Kwantlen has gained access to less than a hundred tickets to the 2010 Olympic and Paralympic games.

The Vancouver Olympic Organzing Committee (VANOC) has been releasing the lucrative tickets in a series of lotteries, giving the selected winners the opportunity to buy tickets they have signed up for.
Kwantlen will create a lottery system—one that is similar to how VANOC chose to sell its tickets to the games—to sell the roughly 80-85 tickets available, having chosen to buy about six tickets per day to the two week events.

The lottery will be open to all students, faculty, and staff involved at Kwantlen.

According to Mary Jane Stenberg, executive director of external affairs at Kwantlen, the selection process will be completely random done by computer software.
After being selected, winners will pay face value for the tickets, meaning there will be no administrative fee or discount for students.

“It’s the university public money that we used to purchase the tickets so we actually have to recover the cost of those tickets, “ Stenberg said.
“We certainly looked into ways to try to offset the cost for students, but we ran into some issues with VANOC.
“We can’t use the tickets to raise money in any way,” she said.

There are a wide variety of events available in Kwantlen’s ticket selection, with everything from cheaper events, to more popular and expensive choices such as the opening ceremonies, and the men’s gold medal hockey game.

“We’ve tried to choose tickets that would be of interest to the community, but also that would be accessible transportation-wise,” said Stenberg.
Stenberg said that Kwantlen did not choose to purchase tickets to events at Whistler, citing the problems associated with transportation as reasons.
Instead, the selections of alpine events are all events taking place at Grouse and Cypress Mountains.