The decade came and went, but if there’s one thing that it should be remembered for it’s definitely all-around gravitation towards adopting technology for use in our day-to-day lives. While we’re not yet flying around in Jetson-esque cars, there are still plenty of advances that made the past decade the most tech-friendly one to date. Here are some of the biggest gadgets and trends from 2000-2009.

Perhaps the biggest tech story of the decade was the general digitization of everything we know and enjoy. Communication, music, movies, books, video games etc. have all gone digital. As the Internet became increasingly embedded in our day-to-day activities, it was only natural that the entertainment industry would gravitate to making their products easily accessible to consumers.

While not the first to offer digital music and movie files for sale, Apple’s iTunes Store definitely set the standard for digital distribution. No company saw success like Apple did when they debuted their digital media store in 2002. This, of course, goes hand-in-hand with Apple’s iPod, the portable media player that started it all. Released in 2001, critics dismissed the device as a fad that would never last. Nearly a decade later, the iPod reigns supreme as the undisputed king of portable media.

Just like the iPod popularized portable digital media, Amazon’s Kindle brought the concept of e-books into the mainstream. No longer do you have to carry around a bag of books wherever you go, this portable device allows users to store thousands of digital books, and the innovative e-ink look doesn’t hurt the eyes like normal backlit screens. Whether or not e-books will catch on, still remains to be seen at this point.

llphone usage also came into prominence during the past decade, and is undoubtedly the best example of embracing technology. Chances are you’re no longer able to walk down the street without seeing somebody on a cellphone and it’s estimated that there are 4.6 billion cellphone users in the world. The phones available at the beginning of the decade were pretty clunky and simplistic (snake, anyone?) but at the same time it was pretty cool that you’d be able to call your friend while out and about. Fast forward to the end of 2009, and cellphones have evolved into minicomputers, capable of damn-near everything.

Beginning in early 2000, Sony released the follow-up to their popular PlayStation gaming console with the PlayStation 2. What made this bad boy so innovative at the time was its dual ability to play DVDs. DVDs were still getting big at the time, and so this made it much 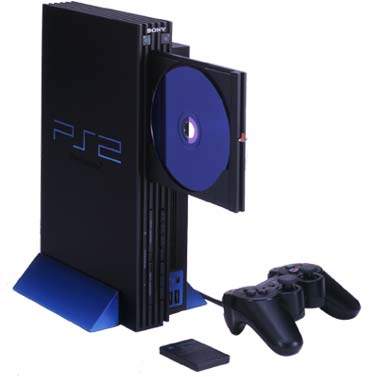 easier for people to make the transition to the new video format. It also helped set a precedent for gaming consoles to come (except for those buggers at Nintendo) and allowed for games to hold loads of content, and therefore, be better (in theory). The PlayStation 2 currently reigns supreme as the best-selling console of all time, and games are still being released for the console, 10 years after its debut.

Speaking of which, the entire video game industry saw a massive surge of popularity as well, and went on to take over as the top-grossing format of the entertainment industry. In fact, 2009’s Call of Duty: Modern Warfare 2 was the highest-grossing entertainment release ever, bringing in $550 million in its first five days.

For gamers though, the decade will most likely be remembered for online interactions over anything else. While some PC games in the 1990s allowed for online interactions with other players, massive multiplayer online role-playing games (MMORPGs) offered an online experience like nothing before it. Games like World of Warcraft, Second Life, and Runescape created a virtual world where players could interact with one another using player-created characters. Likewise, console gaming made the jump to online connectivity in 2002, when Microsoft introduced its Xbox Live service. By the end of the decade, every current console offered multiplayer capabilities, and a game’s multiplayer aspect became as much a selling point as the game’s story mode.

Dislike talking to people face-to-face? Want to meet others without actually meeting them? Social networking was made for you. Social networking came into its own during the 2000s, with Enter Nexus (which became Nexopia) leading the charge early in the decade, to Facebook and Twitter coming out on top at the end of it. While social networking may merely strengthen some people’s social lives, for others it acts almost as a replacement. Facebook and Twitter have become addictions for which nothing else can substitute.

While the digitization of the entertainment industry was seen as a way to make things more accessible to the consumer, it also had an adverse affect on the industry. Bootlegging became a major thorn in the side of the entertainment biz as technology developed to a point where everyday

computer users were able to simply type in their request and begin downloading movie, game and music files, seemingly for free. Online piracy became a huge point of contention among both consumers and digital distributors and arguably one of the hottest issues of the decade. Things began slowly in the early 2000s with file-sharing programs like Kazaaa, Napster and Morpheus. As the decade progressed, downloaders made a general transition towards using bittorrents instead, which allowed for faster downloads and more options due to being able to download from numerous sources at any given time. Don’t pretend like you’ve never done it.

Closing out the decade, it’s clear that our culture has made a major shift towards embracing technology like never before, and it’s only a matter of time before we’ll be able to take to the skies in our Civics and Corollas.