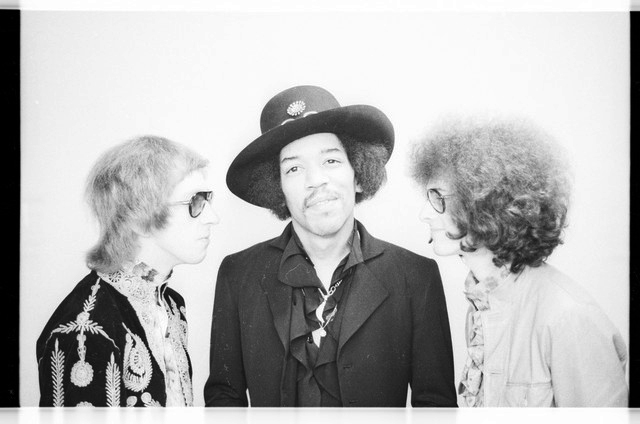 For those of you who don’t know, a new Jimi Hendrix album came out last week. I sat down to listen to it the other night, accompanied by fierce anticipation and a glass of wine (which is what Hendrix asphyxiated on, causing his unjust death, just so ya know).

The album of previously unreleased and remastered songs, Valleys of Neptune, with its familiar licks was fucking great. Of course. And as I was listening, I thought “even though this stuff was recorded in the ’60s, it somehow doesn’t sound dated. It really seems innovative” (albeit there were really only two previously completely unheard songs on the album).

And herein lies the paradox: it’s not new, and yet somehow it is.

It’s a strange thing, re-releases; “new” albums from someone who died nearly 40 years ago.

Usually, I would be against an estate’s decision to release music from its successor (like when Courtney Love released those Nirvana songs and took all that money for herself—bitch), but I have to agree with Janie Hendrix, heir to the Hendrix Estate, on this one. The world deserves a glimpse into the late acid-rock icon’s unfinished works.

But does this warrant a cash-in for all deceased artists’ estate owners?  Not in my opinion.

Not only is it exploitation of an artist’s personal creation for monetary gain, it’s unethical to overproduce something said artist never had the chance to finish. How would you know if that would have been their vision? Moreover, how can you guarantee that the person’s hands the estate falls into will treat the music with respect?

Everybody knows Yoko Ono is not well-respected among the public as the heir to John Lennon’s estate, and maybe those critics are right. She did, after all, whore out a very rare recording of “real love” for a JC Penney commercial. Was that necessary? Did the world need to hear that recording in a commercial for cheaply-made clothing?

The Hendrix release was a rare exception to the re-release cash cow. The songs were re-mastered by the same audio engineer Hendrix worked with when he originally recorded the songs, and Janie Hendrix released the album as it was meant to be heard—as a full album, not a lame-ass commercial.