Lederhosen: the pants behind the party

If husky-looking, beer-guzzling males who look as though they’ve raided an Oompa Loompa’s closet come to mind when you think of lederhosen, you may be missing out on an important history lesson. 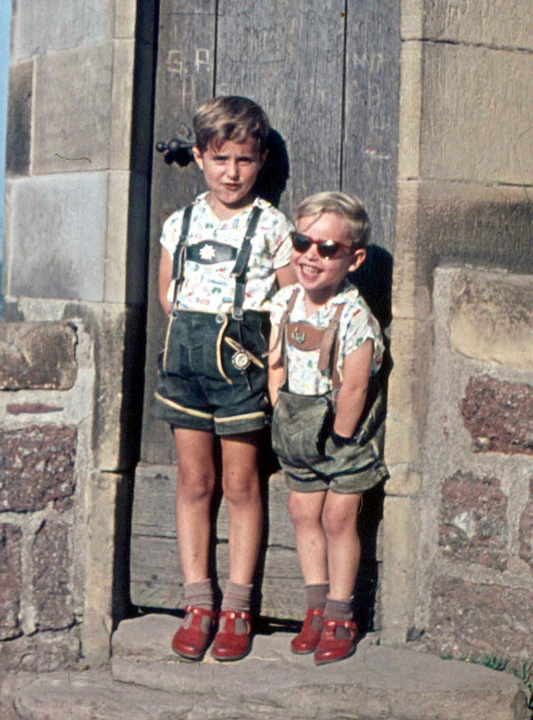 There are misconceptions surrounding the Bavarian mystery that is Lederhosen. Not many people know exactly where these leather luxuries originated or for what purpose they served. Some think of Sasha Baron Cohen’s flamboyant Bruno and his sassy yellow version of the outfit that was so tight one could probably guess his religion.

Perhaps Walt Disney’s animated classic, Pinocchio, resonates in your mind. If you’ve seen the movie you might agree that, as the Disney machine tends to do with their attempt at portraying other cultures, they manage to extract any traditional or cultural relevance from the story.

Despite being set in Tuscany, Italy, Pinocchio’s red lederhosen was my first introduction to the traditional outfit. Since then, in my mind they were forever known as “Pinocchio pants”–that is until I allowed myself to become better acquainted with the German culture.

For that reason, as well as the festive occasion that is Oktoberfest I have chosen to address this topic. Having said that, make sure you are aware of certain linguistic pitfalls when it comes to this word; if you spell it Leiderhosen it is translated as “sadly-breeches” and I don’t know about you but I sure don’t want my breeches to be sadly, especially during Oktoberfest.

Basically, my intention is to cut through all the bull scheiße and do the German culture a little justice. For me lederhosen have a certain campy, whimsical persona attached to them and whenever I think of the forest-green leather shorts attached to embroidered suspenders, I can’t help but laugh–seeing as they are usually fitted on a beer-guzzling husky male that looks as if he raided an oompa loompa’s closet. Nonetheless,  through my experience in studying the language as well as working in a German restaurant, I have realized the impact that these quirky looking shorts have had on German culture. Their role in Bavaria is basically comparable to that of the kilt in Scotland and the cowboy hat in the United States.

They originated in the 1830s, and were worn in the rural regions for hard physical work. And seeing as leather was more durable than any other textile garment, as well as being easier to clean, it seemed the most appropriate thing to slap on your backside. Also the embroidery on the suspenders was the perfect place for a man to express his background or membership within his community, not unlike today’s versions, that walk around in jackets with Porsche or Ferrari plastered across their backs. Thanks for that one, Germany.

Today, lederhosen are typically only worn for leisure and traditional wear, and for the obvious Oktoberfest, which is a large pretzel-eating, polka extravaganza. It is mainly during this 16-18 day festival that the trusty ol’ leather britches are dusted off and put to good use.

Despite all of this, lederhosen weren’t always the life of the pants party. During the 19th century they were considered uncultured peasant’s clothing, and only started to gain popularity in the 1880s when several clubs in Munich, and other large cities, devoted themselves to preserving traditional rural clothing. Now that you have been adequately informed on the topic, no German man, woman, or anyone else for that matter can accuse you of being culturally ignorant. If they do just call them a “schweinehund” and see what happens.