Before there were suits and podiums, there were red carpets and statuettes … well, for some.

Reagan’s charm as an actor translated well into political charisma during his career as California governor and as president. He played the role of folksy commander-in-chief so well that he earned the monikers “the Great Communicator,” and “the Teflon President,” due to his astounding abilities to connect with his audience and his ability to keep his hands clean during every scandal. He’s widely credited with jump-starting the American economy during the 1980s with his deregulatory “Reaganomics” policies. Look how well that turned out.

The former recording artist and one-half of the variety duo Sonny and Cher, Sonny Bono first tried his hand at politics after his bureaucratic frustrations trying to open a restaurant. He served four years as mayor of Palm Springs, California, and was elected to the United States Congress in 1994 after an unsuccessful Senate bid.  In 1998, Bono died after hitting a tree on a skiing trip in Nevada. He’s most well-known for the song “I Got You Babe,” which was made even more well-known when Beavis and Butthead covered it with Cher. 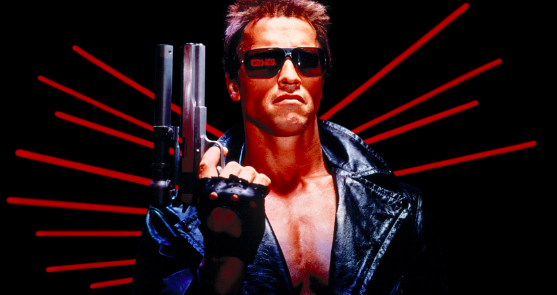 “Ahnold,” also known as “Mr. Universe,” “Arnie,” and “the Governator,” is unique in that he has achieved great success in both acting and in politics. After winning the Mr. Universe competition at the age of 20, Arnold went on to star in Hollywood’s biggest action movies in the 1980s and ‘90s. In 2003, he successfully won the California governorship in a special recall election. Unlike Reagan, this former actor and California Governor couldn’t reach any higher in the realm of American politics. Because he was born in Austria, the presidency is off-limits to him. With the latest unraveling of personal scandal, odds are … he won’t be back.

Goofy-looking Franken came from comedy before he started his career in the US Senate. Franken wrote and performed for Saturday Night Live through the ‘80s and ‘90s and afterward wrote a number of political satire books, most of which skewer right-wing American politics. In a squeaker of a win, he narrowly defeated his Republican opponent in 2008’s election by a few hundred votes. It took until June 2009 before the result was upheld. Franken now has the ability to live firsthand the satire and sketch-comedy that is the American legislative branch of government.

Tough cop Dirty Harry and the equally tough Man with No Name are Eastwood’s most famous movie roles. Eastwood rose to fame in the ‘60s and continued through the ‘70s and into ‘80s playing his signature roles in movies only old people remember, which is why he’s now a star-activist of the Republican party in the US. Although refusing to be pigeonholed politically in the past, he’s now accomplished just that after his rambling “empty chair” speech at the 2012 Republican National Convention where he pretended to interrogate President Obama on stage.

Fred Thompson is a career politician. Even when he acts, he plays politicians and navy admirals and district attorneys and other kinds of civil servants. Initially trained as a lawyer, he took part in senate hearings after the Watergate scandal. He was eventually elected as a Senator after Al Gore vacated his seat to serve as Vice President. In 2008, he was a latecomer to the Republican field and failed to woo primary voters despite a large amount of hype surrounding his potential candidacy. Still, he acted the shit out of that admiral role in The Hunt for Red October.

Penn, from Harold and Kumar Go to White Castle fame, is a huge Obama fan boy. His most prominent roles are that of Kumar, and of Dr. Lawrence Kutner on the TV show House. In 2007 and 2008, Penn was an advisor to Obama’s National Arts Policy Committee. In 2012, Penn became co-chair for Obama’s reelection campaign. In an upcoming release, Kal and Barack Go to the White House, Penn plays a young and spoiled youngster who lands a sweet job. 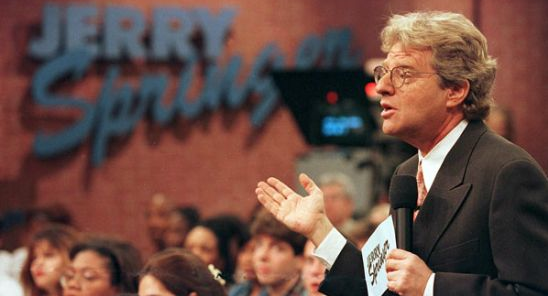 Springer, while famous for his trashy talk show, did things backwards. He worked his ass off in law and politics before getting into show business. Springer served as an advisor to Bobby Kennedy while Kennedy ran for president in 1968. In 1970, Springer ran for Congress in Ohio, but ultimately lost, despite gaining record support as a Democratic candidate. In 1977, he was chosen to serve a one-year term as mayor of Cincinnati, Ohio.

Jesse “The Body” Ventura first faced down his opponents in the wrestling ring. As a wrestler, Ventura played a villain, living by the motto, “Win if you can, lose if you must, but always cheat!” In 1991, Ventura was elected mayor of Brooklyn Park, Minnesota, and later was elected to Governor of Minnesota in 1998. He also tried his hand at acting, starring with fellow governor-actor Arnold Schwarzenegger in Predator and The Running Man. Since 2009, Ventura has peddled pseudo-science and paranoia on his TV show Conspiracy Theory with Jesse Ventura.