Harping on the blues at SXSW

Vancouver-made blues-rock duo talk touring and playing one of the biggest music festivals west of the Atlantic. 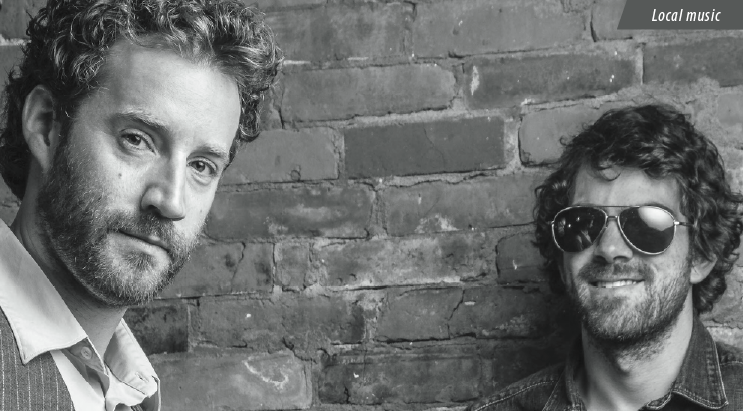 Shawn Hall (left) and Matthew Rogers formed the Harpoonist and the Axe Murderer in 2007.

For Shaun Hall, the “Harpoonist” half of Vancouver-based blues-rock duo Harpoonist and the Axe Murderer, touring is bittersweet.

“You’d be amazed at how many bands you don’t get to see when you’re out on the road performing,” Hall told The Runner.

But when you’re seeing some of the best groups in the world at the South By Southwest (SXSW) festival in Austin, Texas, it’s worth a few missed shows to play in such a creatively inspiring environment.

“You’re meeting all the best people in the world at the peak of their game, it’s incredible. It’s awe-inspiring, the whole thing. We saw a guy called Michael Kiwanuka, he’s a Ugandan-born, UK-based folk-soul singer. He was just incredible. Everybody else has got these big, loud bands, including us, and he went up there with just an acoustic guitar and a bass player and that was it.”

Yet despite the band’s deference to their inspirational idols, their own guttural blend of punchy, bare-bone riffs (courtesy of lead guitarist Matthew Rogers) and Hall’s soulful vocals helped ably represent Canadian roots rock at the festival. In fact, in an unexpectedly ambassadorial role, they found themselves the sole purveyors of Vancouver’s local blues talent.

“When you go to SXSW and you see all the bands that are representing Vancouver, there are no blues bands. We were most definitely the only ones.”

However, Hall wasn’t always sure he’d end up playing the blues. While he showed an early aptitude for the harmonica, he eventually wound up exploring other genres.

“My big thing for a while was soul and reggae and hip-hop,” said Hall, “and for many, many years I was into electronic. I’ve got another alias called Corduroy Kid, and I’ve got a whole bunch of albums under that title, and some more electro-soul stuff.”

Such diverse influences are more noticeable in the densely layered sounds on their studio albums, but unusually, the band plays live without a dedicated bass player or even a drummer.

“Matt is the rhythm section, basically. He plays the kick drum with his right foot, and the snare drum with his left, and he also plays rhythm and bass guitar two-in-one, on the same guitar. And I sing and I play foot percussion with my feet, and tambourine, acoustic, and harmonica as well.”

That’s no easy feat to consistently manage in front of hundreds of screaming festival attendees night after night, and Hall admits duos have to work much harder than a full band would to get the same effect.

“It takes a lot longer to tell whether you’re going to cut the mustard doing music as a duo, and it weeds people out, I think.” said Hall.

However, the recent mainstream success of artists like Jack White, the Black Keys, and the Wood Brothers has proven that there’s plenty more room for back-to-basics blues-rock bands to flourish.

“They’ve definitely opened doors for other bands, especially for the whole festival circuit.”

Hall knows that audiences tend to appreciate simplicity on the stage, and the band wants to bring more of their no-frills identity next record. But, he admits, infusing a tight, studio production with the raw energy of a live performance can be a tough balancing act.

“If we were to record just us playing, Matt on drums and me on guitar, harp and vocals, I’m not sure in that context that it would carry as far as a live show would. You don’t know listening to it that it would just be two people, as opposed to watching and feeling it.”