The first university in the country to offer a marijuana class 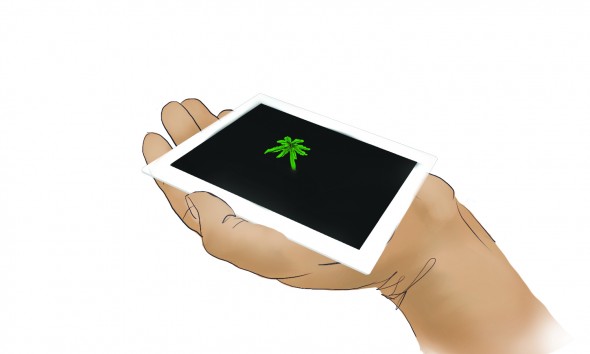 KPU has recently announced that they will be offering two online courses on medical marijuana. The program, announced Aug. 18, is one of the first of such courses in Canada.

The courses will consist of four modules, each one priced at $1250. One will focus on staying within the law and obeying regulations, another will explain how to market your product and manage your facilities, while a third course is a theory-based plant production program. These classes will be taught by Tegan Adams and Deepak Anand

Even with the growing social acceptability of marijuana, and the legal status for medical use in Canada, it still could be seen as a risk within university administrations. Jim Pelton, executive director of continuing and professional studies at KPU, believes that there are plenty of good reasons to offer such a course.

“It was a conversation with the faculty of horticulture and somebody suggested that there’s this new legal medical marijuana industry coming up and it’s sort of at the start of its history. There might be a market there for training, for people going into this business, it’s basically a brand new industry.”

“The consensus was very much that, yes, there’s a need for training in this industry, and we were well-positioned to do it because we have a tremendous reputation in horticulture, and we also have a very big and well-regarded school of business.”

Even though medical marijuana is legal in Canada, there could be some confusion towards the legality of such a course. Pelton, however, explains that there’s no gray area.“It was pretty straightforward, because we’re not handling any marijuana at all, it’s really an online course,” says Pelton.

“In the United States there are a lot of courses about growing marijuana. The U.S. is kind of ahead of us on the legalization of the whole thing. What seems to happen is that it would have to become legal, and then universities can start looking at doing training relating to it.”

Tegan Adams, who will be teaching one of the courses, has a MSc from UBC in land and food systems, and has consulted for eight different medical marijuana companies in B.C.

“In terms of facilities available for any sort of agricultural crop, I think that Kwantlen’s got a stand-alone production facility system that other universities don’t know about.”

Adams makes note of KPU’s continuing education having courses on craft beer and beekeeping, and that this is likely in the same vein.

“The continuing studies department had been thinking about it for a little while, and I had actually been consulting in the industry for two different public companies for about a year, and I noticed there were a lot of H.R. professionals that were having a hard time staffing marijuana facilities as they were becoming legal and working with licensed producers. So I approached Jim [Pelton] and asked him if he might be interested in starting a course and they said ‘yes.’”

We already have Canadian companies like Tweed Marijuana Inc., Mettrum Health Corp. and Aphrina putting their medical marijuana companies on the stock market. These companies are valued in the millions, with Tweed valued at $91.2 million. With the growing social and legal acceptability of marijuana and the idea of possibly being able to export to the United States, the marijuana industry is one that’s starting to kick off with new investors coming into the fray. The substance your parents might have thought as something only consumed by hippies is now something capitalists want in their portfolio.