Does Canada have it? 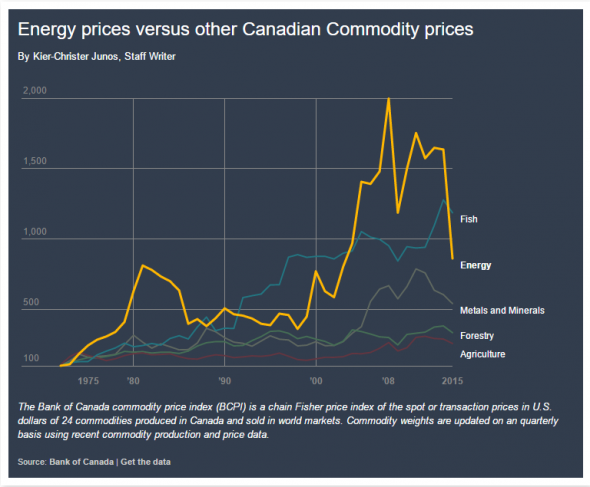 I’m trying to keep you from the conclusion that Canada accidentally imported weaponized tulips from the Netherlands. That’s super wrong.

No, Dutch Disease is something much less exciting than that. But it’s still a crucial diagnosis, especially because it’s been suggested that Canada has contracted it.

The orange ailment refers to a country’s heavy reliance on one sector—usually natural resources, especially oil—to the detriment of its other non-oil sectors.

Basically, after a massive energy discovery in a country, foreign money will flood in to buy the energy and jump the state’s currency. That spurs the prices of non-oil goods and makes them less-traded.

See, once upon a time in the 1960s, the Dutch found natural gas deposits in the North Sea and, yes.

A country’s walking on stilts if they can export energy products. Oil products like gasoline have high demand inelasticity, meaning that humans will virtually binge-drink that shit no matter the price.

Anyway, life got so shiny for the Dutch that they whittled their clogs into shutter shades. Countries were buying their energy, and to do that, those countries needed to buy Dutch guilders (pre-Euro currency). The guilders became more gilded because of high demand and Dutch buying power was the rock of Gibraltar.

But as the currency became more expensive for countries to buy, foreigners reduced their non-oil sector imports because of the higher exchange rate.

De Nederlandsche Bank tried to combat the guilder appreciation by keeping interest rates low. Unfortunately, that reduced the profitability of corporate investments, and so the investors swam towards the ladder. Pool’s closed.

The Bank of Canada tries to do the same thing with its monetary policy, revising down the overnight rate most recently to 0.5 per cent in the hopes of keeping the dollar at a more agreeable value. Oil, a relatively recent staple Canadian export, is strongly tied to the Loonie and the U.S. greenback.

America is our principal trade partner and we’re her Oil Force One. According to 2010 stats from National Resources Canada, about 98 per cent of our petroleum, or $71-billion, was piped southwards. We were sixth in the world for petroleum and electricity production, and third in natural gas production. Canada trades the majority of that production to the U.S. as well.

This heavy propensity to trade energy with America and our dollar’s attachment to oil price seems to suggest that we’re prone to Dutch Disease. The available CAN/USD exchange rate data (2006 and onward) shows that the Loonie rose as energy did in the first decade of the new century.

But former Bank of Canada governor Mark Carney remarked in 2012 that the Dutch Disease diagnosis was “overly simplistic” and, “in the end, wrong.”

If the Dutch Disease theory was to hold, we would expect that a drop in oil prices would depreciate our currency, and as a result, boon other sectors.

Within 2006-2008, Canadian commodities still increased in price despite large energy growth. Sectors like minerals and metals or agriculture still grew after all.

Carney added in his remarks that the Canadian economy was simply far more diverse in its endowments. Fishing, for example, is another huge Canadian sector, a resource exploited by vessels from European maritime powers long before confederation.

Kier is not an economist. But he’s studying towards an economics minor with his journalism degree, and he hopes that can help him grip these issues. Did he get it wrong? Email k.junos@runnermag.ca and give him a piece.

Runner-Run Down: Choosing a leader in Canada and the U.S.