What is the harm in pleasure seeking if we are so drawn to it by nature? 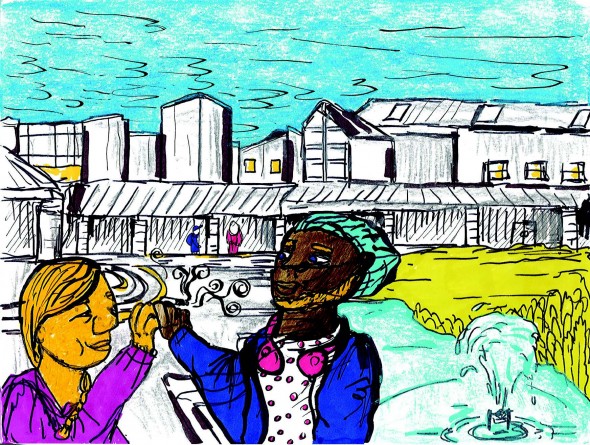 As the recreational use of marijuana is legalized, to say that we must strike a balance between allowing and regulating the substance on university campuses would be to make a stale and uninteresting argument about policy.

After all, we are talking about mind-altering drugs here.

Unless we are masters of meditation, we continually seek pleasurable stimulus. Our minds wander, whether we think we are focused or not, to sexual arousal, love, or the gratification of consuming our next meal or cup of coffee. Drugs are a more direct and simple avenue for achieving such pleasures.

This much is clear: it is not the proliferation of weed-smoking philosophers on campus that we need to worry about as much as it is conservative folk who are intent on waging a war on drugs and shaming non-violent drug consumers into conformity. Many drug users feel that the drudgery of day-to-day life is just too boring. Many are merely pleasure-seekers or aspiring time travellers.

It is a grand moral failure that the lives of these humans are sometimes ruined due to archaic laws and social propriety that punish and stigmatize instead of educate and heal. This applies both to illicit and legalized drugs. While tobacco and alcohol are legal, they pose a great risk of addiction, and their use has worsened countless lives. People who use other drugs tend to be pushed to the fringes of society and humiliated for their embarrassing behaviour.

Conversely, psychedelics—some with great therapeutic potential—like magic mushrooms, cannabis, salvia, and LSD can offer us glimpses into the profound. These sublime and fluid conscious states, while intensely introspective and occasionally useful for meditation and self-reflection, are completely unavailable to us lest we visit some dingy, lowly-lit back alley armed with cash.

Since these and other drugs are typically a means to a conscience-altering end, we ought to shift our focus away from their legality and toward their effectiveness in treating pain, inspiring creativity and reflection, and generally enhancing the quality of our lives.

In an effort to allow competent adults to ingest whichever substances they wish by legalizing all drugs, let us consider what it takes to do drugs sustainably. Only then may we begin to implement an intellectually honest, responsible, and ethical policy that speaks to both the potential dangers of drug abuse and the benefits of drug use as therapy, both technically and broadly.

Though drugs can produce extraordinary insights, they can also inspire deadly abuse. It is for that reason that a holistic and tolerant point of view and finding and legalizing low-risk substances is valuable.